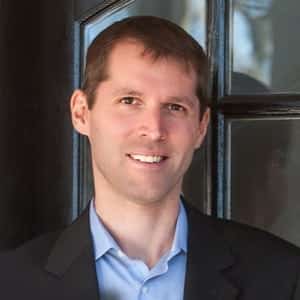 [quote style=”boxed”]I try to block out two or three hours of what’s listed as “GSD” (get shit done) in my calendar, which is when I get about 80 percent of my work done, and the team knows to leave me alone. [/quote]

Robert Glazer is the founder and managing director of Acceleration Partners, a firm that partners with top global brands to create customized customer acquisition programs that deliver real profits. Robert was named to the Boston Business Journal’s 2013 40 Under 40 list, and his depth of industry expertise extends to consumer products and services, technology, retail, and clean technology. Robert believes in the power of giving back and serves on the board of directors of Big Brothers Big Sisters of Massachusetts Bay and the Boston chapter of Entrepreneurs’ Organization. He also founded The Fifth Night, a charitable giving celebration.

Where did the idea for Acceleration Partners come from?

Acceleration Partners came from a belief that profitable new customer acquisition is the lifeblood of a successful consumer business. When it comes to acquisition marketing, many companies continuously make the same mistakes.

I saw that low-quality players who chased easy money and didn’t care about innovating or their clients’ success were dominating our industry, and I believed that if we had a premium offering, excellent customer service, and a focus on sustainable and transparent tactics, we could attract larger brands who weren’t likely to trust these other firms and develop long-term partnerships. That’s exactly what happened.

My day involves a lot of meetings and phone calls with prospects, clients, and my team, but I start every day by looking at my high-priority list to make sure I get the two or three most important tasks done.

I try to block out two or three hours of what’s listed as “GSD” (get shit done) in my calendar, which is when I get about 80 percent of my work done, and the team knows to leave me alone. That focused time is key for me.

There’s an old adage in the venture world that says it’s always better to sell painkillers than vitamins because people know they need painkillers. In the same vein, we focus the majority of our ideas on solving problems and addressing pain points so we know we’ll have a captive audience.

The majority of new ideas surface when we get outside our comfort zone, step back or brainstorm, and look at things from a different perspective. This often happens when we travel.

Our latest idea for a major new product — one that could change our business — was kicked around in different forms for more than a year. However, it wasn’t until a dinner in London with two PR agencies and a cab ride after dinner in Chicago with an industry partner that it all came together.

In these cases, we were brainstorming and sharing perspectives well outside of our regular day-to-day framework.

Overall, I think 3D printing is a game-changing technology that’s really going to cause a substantial change in our life as the cost decreases. For example, kids probably won’t buy Legos in the next decade; instead, they’ll simply print them.

In our industry, I’m really excited to see attribution technology going mainstream, which will more accurately show all the online marketing sources that overlap in a single online sale. I think it’s going to shed light on a lot of shady marketing practices that have been driving false revenue and easy-money schemes and finally bring them to an end.

Evernote helps me find a place for all my ideas and return to them at the right time. I call it my “horse blinders” because it doesn’t let the new thing on my to-do list distract me from what’s most important for the next 90 days.

I’ve had some of my best learning experiences from challenging and difficult situations.

The one major negative for me was having a micromanaging and demotivating boss who always found a way to put people down and tell them they weren’t doing things the right way. A great leader makes the whole greater than the sum of the parts; a micromanager does the opposite.

For this reason, I try to hire good people, communicate and share a clear vision, and stay out of the day-to-day happenings unless employees need or want my help. As long as the goals and objectives are clear, I’ve learned that it’s better to give people the freedom and autonomy to make mistakes and learn from their own experiences.

I would embrace core values for the business and my personal life and make key decisions based on those. These aren’t the values that you hang on the company wall and never discuss. When we got our company core values right and were willing to hire, fire, and promote based on them, everything changed.

Join Entrepreneurs’ Organization. It’s been invaluable for me to connect and share experiences with a group of peers and have access to more than 10,000 business owners worldwide.

We started using the Entrepreneurial Operating System about two years ago and have seen tremendous growth under the program. At its core, it’s an alignment/operating system for a fast-growing entrepreneurial business.

One of the key principles is clarity around accountability. It strives to have the founder less involved in day-to-day operations and embrace the visionary role, which tends to involve culture, new ideas, and working with key clients and prospects.

The “integrator” then runs the day-to-day business and has the majority of the leadership team reporting to him. This tends to work better for everyone, and it keeps the founder from driving everyone crazy with constant shifts in direction. It has worked really well for us.

I have had my fair share of specific failures along the way, but one of the more systemic ones was being too risk averse in the early days of the business and trying to add resources in lockstep as the business grew.

This held us back because we never had much spare capacity, and new people had to learn everything on the fly. Now, when we find great people who we know can help us for the long term, we bring them on as soon as we can so they have time to be properly trained and learn the business before being overwhelmed.

Related to 3D printing, I think someone is going to develop the dominant marketplace of downloadable designs (a 3D portal) that will ultimately be worth billions of dollars.

I have a fascination with airplanes and airports. My daughter and I play a game with FlightTrack on the iPhone. It randomly shows a flight from point A to point B when you shake it, and I try to guess who the carrier is and what type of plane. I get it right about 75 percent of the time, and we both have a lot of fun with it. I think I secretly want to be a pilot.

Dropbox and Evernote are probably the two that I use the most. I love that they keep my important files and notes synchronized across my computers and mobile devices. LinkedIn also helps me stay up to date on what’s going on within my network.

I think everyone should read “Mistakes Were Made (But Not By Me)” by Carol Tavris and Elliot Aronson.

It’s a great book that highlights the power and dangers of cognitive dissonance and why so many people don’t learn from failure. We all make mistakes, but if you don’t know that you’ve made one, you can’t get better and avoid making the same mistake again. The issue is that our brain naturally tries to protect us from our mistakes through rationalization, which causes us to keep making the same mistakes and often double down on them.

There’s a great example in the book about how prosecutors who are later presented irrefutable DNA evidence exonerating a criminal they prosecuted refuse to believe the criminal is innocent and often double down to prove his guilt. What’s going on in the prosecutor’s mind is something to the effect of: “I’m a good person, and I would never put an innocent person in jail, so this person must be guilty.”

If you’re self-aware about cognitive dissonance and can recognize it in yourself and others, it’s a competitive advantage.

I’ve always been fascinated with the story of Southwest Airlines. Here’s a company that operates in one of the hardest industries in the world with a low-cost competitive position, which very few companies have been able to maintain.

Yet, for 20 years, it was the best-performing stock in the S&P. When asked about the key to the company’s success, co-founder and long-term CEO Herb Kelleher replied, “Culture.”

If you haven’t read the story about how Southwest became the largest distributor of Chivas Regal scotch whisky in Texas one year, you should. It’s one of my favorite business stories of all time and exemplifies the resilience that any startup must have to survive.