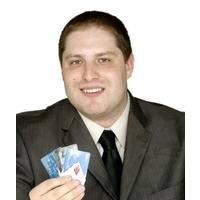 Robert Livingstone is the president and founder of IdealCost.com. He began IdealCost.com after several years of soliciting new credit card processing accounts from businesses in South Florida. After numerous awards for top-grossing sales in the company he worked for, Robert saw the downturn in the economy in late 2008, and its effect on the small business community. Businesses were no longer able to easily afford to break contracts and purchase expensive new credit card systems.

Robert turned down a lucrative management promotion at his company and decided to open up his own consulting firm. Rather than soliciting new merchant accounts like thousands of companies across America, he decided that it would be more effective to represent merchants rather than the credit card processors and banks who began to wield their power unfairly on merchants across America.

Robert began IdealCost.com on a contingency fee platform where he would only collect a percentage of the savings he generated on behalf of his clients. No savings meant no fee. His colleagues in credit card processing scoffed at him and predicted that his company would go out of business.

But Robert pursued his passion against the advice of his peers, and the story of his work soon became nationwide news as he single-handedly began to negotiate much more favorable terms on behalf of his clients. Robert and IdealCost.com have been covered in high-profile media including Forbes, BusinessWeek.com, FoxBusiness.com, American Banker and many more. IdealCost.com continues to build its client base across America.

IdealCost.com is currently wrapping up work on its custom-built CRM. Originally, we looked for a turn-key solution, and after months of unsuccessful searching, it became apparent that we would have to build our solution ourselves. IdealCost.com’s CRM solution can now be found on its website.

1. Increased Security in the Payments Industry — After millions of credit card numbers were breached in early 2009, credit card processors were forced to take action to preserve the integrity of every payment. These added measures will help protect customers and merchants from fraud.

2. The Durbin Amendment — This clause in the recently-passed financial reform gives some vague power of credit card interchange rates to the Fed. While we believe that this legislation itself will not create a large impact, we hope that this will serve as a stepping stone for the payments industry to create mandatory licensing and certification to sales representatives.

3. Smartphone Payment Capability — With the ability to accept payment on smartphones, merchants are no longer forced to overpay for bulky wireless credit card machines and service. Furthermore, there has recently been mention of an alliance between ATt&T, Verizon and T-Mobile to create a smartphone credit card solution that will rival the incumbant payments industry.

We bring ideas to life by taking action. Many companies spend a lot of time dreaming up big ideas that never come to fruition. While it’s important to prepare carefully for progression, it is very important to make these ideas tangible by utilizing experts.

For instance, when we built our CRM we could have taken a year to perfect the system on paper without anything to show for it. Instead, we decided to move swiftly and built our solution in three months. We were able to do this by consulting experts and treating them like part of our team.

When we first began we identified our potential market as only a 30-mile radius. Quickly, we realized that we limited ourselves and should have identified that our service had potential for clients nationwide. In our business plan we should have addressed this capability.

After I read “Fish! A Remarkable Way to Boost Morale and Improve Results,” I realized that a positive attitude goes a long way and to never let anyone bring me down. Positivity allows IdealCost.com and me to progress both professionally and personally every single day.

It is very important to surround yourself with great professionals. Very few companies can succeed with contributions from only one mind.

How do you plan to expand your company?

We plan to expand through referrals from existing clients, social media, our blog and through continuing to voice our expertise on the payments industry and its future. We believe that one has to do good and honest work and success will follow.

How do you balance work and family life?

It is important to respond in a timely manner to clients and work hard to build one’s company. However, one should not do so at the expense of taking time away from one’s family. I find that it’s very important to balance hard work with quality time with loved ones, and that includes taking at least one weekend off per month.