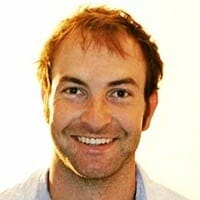 Roland Osborne is the Co-Founder of Olark.com, a Palo Alto based start-up focused on enhancing relationships on the web. Olark’s current product enables businesses and clients to connect one-on-one via live chat that’s truly a pleasure to use for all parties involved. Roland grew up in both Virginia and New Hampshire, which instilled in him a huge respect for nature. In high school he co-founded a web hosting company called Netherweb which was subsequently sold and was his initial dive into technology as well as entrepreneurship. After graduating from the University of Virginia with a degree in Economics he went on to play in a nationally touring band called Paperface and had a few bouts with small-scale farming before his return to the technology world. Netherweb’s consulting wing had been developing products on the side, hoping that one would show enough promise to warrant full-time pursuit. Olark (known as Hab.la at the time) was one such product. After the Olark idea as admitted to the Y Combinator program, Roland relocated to the Bay Area with the Olark team. Having had a lifelong passion for design, Roland heads up design and UX for Olark as well as having a intimate hand in building a company that is focused on personal growth and happiness.

I’m working on making the web more personal. Soon *good* live chat technology will be on most every website.

Why have a typical day when you can embrace the atypical and interesting! Since most of Olark lives and works together, there is the fascinating phenomenon of rolling out of bed and strolling into work and group dinners. However, it generally begins with the gym and ends with sleep.

A renewed interest in one-on-one connections on the web. Deep inside, each one of us is longing to be important, to be cared about. Businesses are finally waking up and realizing that you ACTUALLY have to care about your customers, you can’t just fake it. I see a revolution in what customer service actually means occurring right here and now.

The universal tendency towards organized information; I’m still blown away every time I think about what it means to be typing something into Google and how some how I might be fighting the tide of chaos every time I do it. If you haven’t read something by David Deutsch, you should.

Technology’s ability to facilitate the self-organization of people — the mechanisms of revolution in Egypt are absolutely fascinating.

I start building. I’ve always been a hands on guy, and one of the best ways to inspire people is to lead by example. If you want a project to have momentum, it’s up to you to give it that initial nudge.

As someone with diverse interests I’m always engaging in new things — but one needs to know when to move on from those things that drag you down. When I first moved to the Bay Area I was still hanging on to some things on the East Coast. Ultimately, recognizing what was splitting my time (and brain cycles) to a unhealthy level and moving forward made me a much happier and healthier person.

Jump out of your bubble. Meet people outside your comfort zone — especially if you’re in technology. The world is vast (though I’ve often begun to question this), and the problems diverse, go talk to groups of people you’ve never come in contact before. A globe-trotting entrepreneur that is a great listener is exactly what the doctor ordered.

Confession: I usually glance at Google news to see what’s going on in the world even though there’s often a lot in there that isn’t worth reading. Still, I feel that one needs to have their eyes open to what’s going on around them.

I also read Boxes and Arrows, and Alistapart.com because I like reading things by people who are smarter than me!

Tony Hsieh’s “Delivering Happiness” because it’s one of seemingly few entrepreneurial books that is down to earth and honest enough to be relatable. Tony is incredibly adept at admitting his mistakes and weaknesses and I guarantee you’ll be inspired to start something big for all the right reasons after reading this book.

I haven’t quite figured out if my iPhone is helping me every day, but I use it and I think it helps. That might just be the marketing talking, but seriously the ability to connect with others (and see where you are in the world) is invaluable, so long as you can disconnect if you need.

Are you a robot?

No. (though through Olark, I’m working to make sure this question never gets asked again)