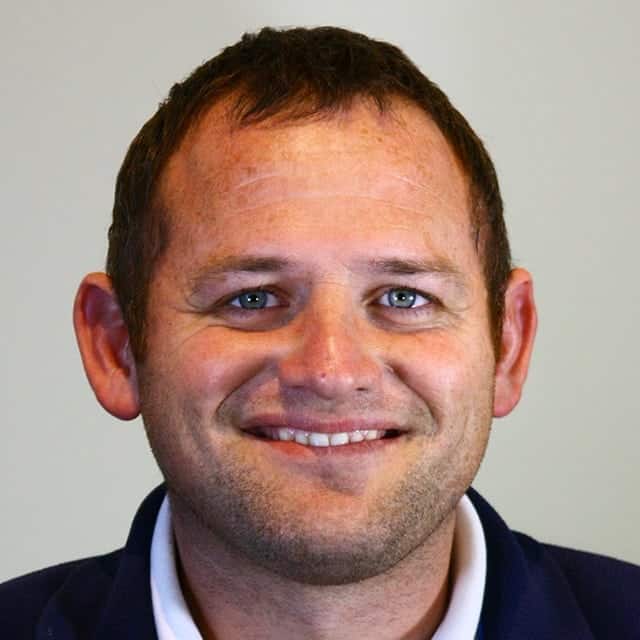 [quote style=”boxed”]Early to bed, early to rise! I try to get to the office by 6:30 a.m., which is before the subcontractors or customers start calling me.[/quote]

Russ Anderson is the owner of Anderson Homes, which provides high-end quality homes with modern amenities such as media rooms, wet bars, and commercial-style kitchens at a price that is below market value. Anderson began building homes in 2003, and he has since built more than 200 homes, commercial buildings, and multi-family units. He approaches each home as an artist would a canvas, crafting a masterpiece.

Anderson Homes has eight speculative houses and three custom homes being built right now. We have about 27 homes that are in progress or are about to start construction on.

Where did the idea for Anderson Homes come from?

It goes way back to when I was about 25 years old and wanted to build a house. I was talking to builders, but the cost just seemed outrageous. After talking to several subcontractors and builders that I knew, I decided I wanted to try it myself. So I went to the bank, got a loan, and built the house. When I was done, I had built about $150,000 in equity into the home. It was kind of eye opening for me and the bank. They had never seen a person build this kind of equity into a house. I had never thought about it from an equity standpoint; I just wanted a good deal on my personal house. But I immediately decided that I would do it again, and that was the beginning of Anderson Homes more than 10 years ago.

Early to bed, early to rise! I try to get to the office by 6:30 a.m., which is before the subcontractors or customers start calling me. I spend the first hour and a half planning the day and working with my employees. At about 8:00 a.m. I shift modes and begin checking on all of our houses or dealing with any problems that have arisen. So I’ll drive around to any number of jobs to address those issues. After all those problems are taken care of, I meet with homeowners or potential customers. After that, I go back home for the night.

I have a very keen since of style, so I spend a lot of time looking at other houses, furniture, or magazines. All kinds of things inspire me. Sometimes it can just be a bar stool or an outfit that somebody’s wearing, but it speaks to the individual characteristics of that person. I try and reproduce that type of look in a house, a room, or maybe sometimes it inspires a color scheme. I see beauty in a lot of different things and look for it everywhere I go!

There’s a rebirth of old-world, or European-style, homes, and it’s becoming more and more popular around the country. With this style, you use building materials that are simple, raw, distressed, or rough cut. That’s my style, so I really like this growing trend.

The worst job that I had was the first business that I bought — a company that built car axels. It was tough because I bought the business a year after I graduated college. I didn’t have much work or professional experience, so I learned a lot in those five years. I made very little money, but I learned an enormous amount about what it takes to make something successful. Sometimes your desire to be successful or keep something going is enough. We were able to finish paying it off and sell the business, and I was able to move on to things that I enjoy more.

I got into building spec houses on a large scale at the end of a housing boom, but the boom was still going on and people were building franticly. I had a desire to build many houses at one time, but I think if I were to start again we would have started a little bit slower and worked to perfect a system of construction. I’m more of an artist than a systematic-type person. I think that if I had developed a system by working through more single projects at a time, it would have translated better into doing more mass production later.

I received some advice when I first got in the business from a very successful businessman. He told me that the three people you spend the most time with are who you are most like. Choose your friends carefully and the time you spend with those friends even more carefully. I intentionally find time every week to spend with people I admire and who I want to model my life and my business after — even if it’s an unrelated business. The philosophies and the concepts will translate from a construction company to a restaurant supply company to a marketing business.

I was very involved in speculative land development early in my career (non-income producing vacant land). When the market crashed, banks said the value of the land was no longer what it was a year ago. We lost equity in our projects and property from 2008 to 2011. A lot of people in my situation filled for bankruptcy and got out of the business. We were able to work through it because we communicated with our bankers, we were transparent and honest with them, and we worked day and night to get projects sold or moving.

If you could change one thing in the world, what would it be, and how would you go about it?

In the U.S., we’ve become more separated from each other. Everyone is interested in what their rights are and what they want and think. That’s created too much space between us as individuals. I don’t think that humanity was created to live independent of each other. I would like to see us grow back together and live simpler lives. We need to realize that we need each other more than we think we do. We need to be a community.

The Columbia, Mo., real-estate economy is vibrant, and it is only going to be stronger in the next few years!

1. Houzz: This iPhone app has thousands of images related to homes, landscaping, kitchens, and bathrooms. It is very inspirational!

2. Weather.com: The instant radar feature is essential for my business. If we know rain is coming at 2:00 p.m., then we know we should pour concrete by 1:00 p.m. and cover it before the storm hits.

3. Builder Trend: I use it everyday to upload construction documents and photos. It allows anyone we are building a house for to access as well, so our clients can see the photos we upload, and they can mend, adjust, or sign documents online. They are also able to view the construction schedule.

One of my favorite books is The Score Takes Care of Itself by Bill Walsh. He was the San Francisco 49ers coach back in the glory days. It’s a testament about the hard work and dedication that goes into any field of success. It’s really a strategy for leaders to get to a high level of success.

I laugh out loud a lot. I have two little boys, a three-year-old and a six-year-old. Recently my son came home from school to tell me that he had learned the “pledgeable agents,” which was really exciting for me! I think one of the cutest things for kids is when they are at the stage when they mispronounce words. Until the day I die I will remember the “pledagble agents.”

Dick Graves, who also lives in Columbia, Mo., is someone that I admire a great deal, and he is one of my personal heroes because of his accomplishments. He never took a single day off in the first five years of running a small business. He is extremely dedicated and hardworking, and he’s a good family man.

What type of people do you work well with?

The people who would be best suited to hire me as their builder would be people who have an idea of what they want but might not be the best at articulating it. Or people who know what they want, but they might not know how to create it. Also, I work well with people who want to work with a builder that they can trust and have 100 percent transparency with. I am a very clear communicator, and I don’t sugarcoat things. The truth is truth, reality is reality. I’m also very creative at finding solutions to unexpected problems.

What characteristics do you have that have made you successful?

I think one of the most important characteristics of all successful people is that they don’t try to mimic someone else. What made Michael Jordan great is not the same thing that made Shaquille O’Neal great. They had different skill sets, and those skill sets allowed them to be great.

In “The Score Takes Care of Itself,” Bill Walsh wrote about his assistant coaches who then went on to win Super Bowls. He writes that each one of those people had different characteristics that made them great. Look for the things that you’re good at, and embrace those things.