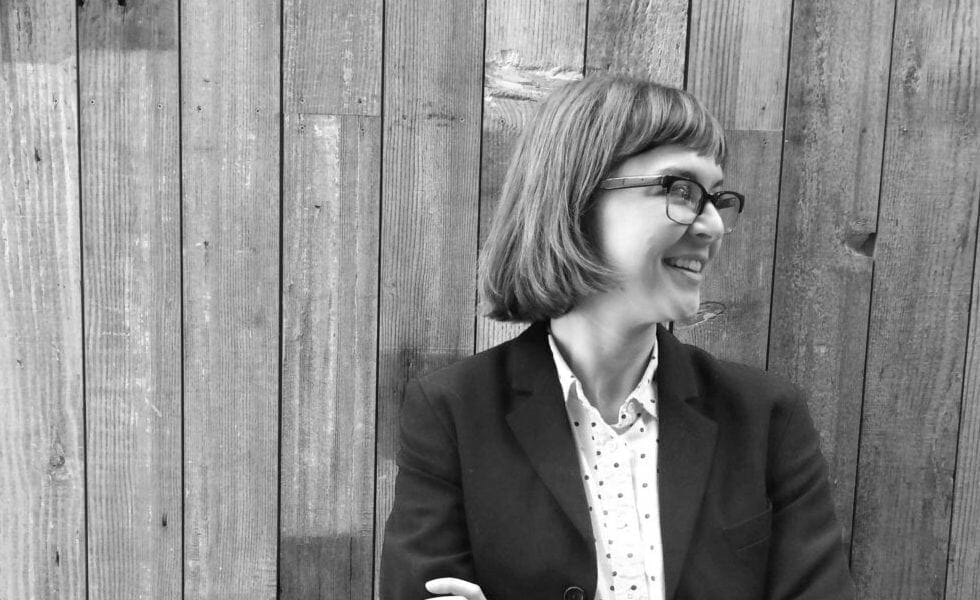 I try to be realistic about what’s possible, but stay open to some “magic” and the unpredictable. I also am not a procrastinator – when I have an idea I want to jump in as soon as possible!

Ryan Davis (@indieartsvoice) is a film publicist and communications professional with ten years experience in the film industry and arts marketing. She is co-founder and Principal at Smarthouse Creative. Named by Media Inc. as one of Washington State’s most influential women in film, TV, and media, Ryan has worked with outlets ranging from CNN and The New York Times, to community newspapers and local radio. She has worked in almost every aspect of the film business–from production and festivals to distribution, exhibition and sales.

Ryan worked for Arab Film Distribution/Typecast Films where she was part of the production and release of the Academy Award-nominated Iraq in Fragments. She has worked for a variety of nonprofit arts groups and organizations, including heading the marketing departments for Northwest Film Forum and Northwest Folklife, and was the assistant director of Couch Fest Films from 2010-2014. Ryan was on the jury for the International Documentary Challenge for 2012-3, and a juror for the 2015 Seattle Shorts Festival.

Where did the idea for Smarthouse Creative come from?

The name Smarthouse was inspired by author and film writer Anne Thompson. In her book “The $11 Billion Dollar Year,” she said that what movies need to succeed wasn’t an “arthouse,” it was a “smarthouse.” Though our client base has expanded since our early days, our mission was to help independent filmmakers make the biggest impact possible, so this name seemed perfect!

I ride my bike to and from work every day. Though I can’t be texting and emailing, the time helps me clear my mind and organize how I want my day to go. It also makes spending several hours at a desk a bit easier!

I try to be realistic about what’s possible, but stay open to some “magic” and the unpredictable. I also am not a procrastinator – when I have an idea I want to jump in as soon as possible!

I’m intrigued that more and more people seem to want to have a more meaningful relationship with social media and what they consume online. Though social tools are extremely useful for artists and small businesses, that impact is being diluted by big brands sounding out the smaller ones. If consumers speak up and make sure that there is still space left for the nonprofits and organizations they want to hear from, and also seek out reviews and coverage of up-and-coming projects, it will make online media and social tools even more powerful.

Limiting my use of email throughout the day helps make me a more productive entrepreneur. Continuously checking email and responding to minor requests may feel like work, but it’s really a distraction from the big picture focus that you need to have as a business owner.

Always be your own boss.

Teen Wolf 2 is a tour-de-force from Jason Bateman.

Stay on top of your calendars. And if you’re an entrepreneur yourself, you probably have a lot of them. It’s easy to tell yourself that you’ll add that meeting later after you get back to your desk, but, as we all know, sometimes that doesn’t happen. By almost religiously updating my calendar, I ensure I never miss a thing.

Right when we were getting started, we lost a client because our communications were lacking. Ever since then, we’ve made a point of getting in as many client “touches” as possible so that each and every team we work with feels valued and cared for.

An app that lets you go through the motions of taking a picture and posting it to a photostream, after which it randomly “likes” your photo for the serotonin boost. It’s called Fakestagram and could be pitched as a “gateway app” to help wean us off social media.

When you work with such a wide variety of clients as we do at Smarthouse, you often have to pitch outside of your well cultivated contact list, so I’d have to say Cision is one of my most indispensibe online tools to find new publications and freelancers covering a specific area of interest.

”Real Happiness at Work: Meditations for Accomplishment, Achievement, and Peace”

“We need to reshape our own perception of how we view ourselves. We have to step up as women and take the lead.”—Beyoncé