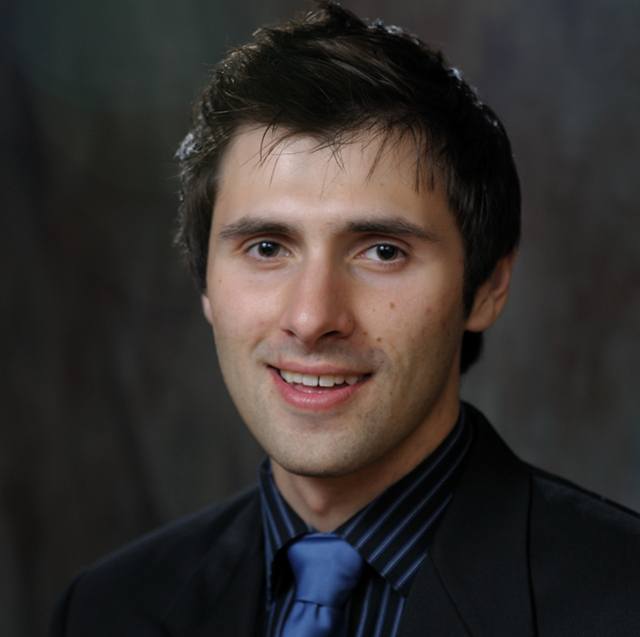 [quote style=”boxed”]I make it a point to be mindful so if I am deviating from my focus, I can recognize it and act on it.[/quote]

Ryan is the creator and CEO of Waygo, an instant visual translation service. Recently named Singapore’s 30 under 30, he lead Waygo to win the 2013 Echelon award. He was recently a speaker at the 2013 Machine Learning Conference as well as China’s largest mobile conference, the Global Mobile Internet Conference (GMIC). He is an avid traveler with over 22 countries under his belt and he once ate 10 warheads simultaneously at the age of 9.

Before Waygo, Ryan worked in Beijing at Thinknao while learning Chinese. He co-created two games in the App Store: Wordlands and Quoth. In addition to software, Ryan also worked on a hardware side-project, Tabber, that has been featured by TechCrunch, Engadget, Gizmodo, ABC News and MTVHive.

Ryan hails from Naperville, IL and received a degree in electrical engineering and linguistics from the University of Illinois at Urbana-Champaign. Having passed the new HSK 5 fluency test, Ryan speaks Mandarin and has found a way to combine his love for languages and tech into a full-time job. Ryan started Waygo after living in China and only ordering Kung Pow Chicken because he didn’t understand anything else. When he’s not visiting Asia or working in San Francisco, Ryan enjoys snowboarding, motorcycles, and backpacking.

Where did the idea for Waygo come from?

The idea for Waygo came about two years ago when I was working in China building mobile games. I was in the process of learning Chinese and found it extremely difficult, to the point where I was eating the same meal every day for a month! If only there were a tool that could look up characters by simply pointing a phone camera at the text, life would be so much easier. At first the idea was an educational tool, but eventually it grew in my head that this could help any traveler in any country see with new eyes.

Typically, I will get an early start to the day visiting the gym for an hour before arriving to the office around 8 a.m. I will focus on a variety of tasks at any given time from helping the development team, tweaking our marketing channel efforts, to handling investor and partner relationships. I try to leave the office around dinner time, but often have calls to Asia that end up bringing me back to the office or have me working from home.

I like to draw so I’ll often start by scribbling out an idea on a notepad (whether it be a design, block diagram, or picture). Bringing an idea from paper to life takes execution which requires dedicated time. One habit I have: taking new ideas to a hackathon to see if I can convince some friends of mine to join me for a weekend building a small project. It’s great fun and has been a good opportunity to build side projects.

One of my biggest passion is to always be learning. I am excited to see where online learning goes in the coming years. With platforms like Oculus Virtual Reality and high speed internet penetration, there is bound to be a lot of change and unlimited opportunities for students anywhere in the world.

I tend to track where my time is going so I can honestly evaluate if my intentions and what I am actually doing match up. For example, I may set a high priority on hiring for a 2 week sprint, but then find myself spending a lot of time on marketing and PR. I make it a point to be mindful so if I am deviating from my focus, I can recognize it and act on it.

The worst and probably one of the most impactful jobs I had was selling Cutco cutlery. It totally seemed like a scam at the time and I wasn’t able to find any other job, but I learned so much about being a salesman! It was my first time really having to convince a customer to make a purchase (if you don’t count writing a proposal to my parents about why I needed a Palm Pilot in 6th grade). It helped me overcome my fear of getting in front of people and taking the stage to make them listen to my value proposition.

I am really happy with how fair we’ve come as a company thus far. There isn’t really anything I would change as each mistake came with a valuable hard learned lesson. One lesson learned was about properly tracking our user metrics. This was a lesson shared from Dave McClure that I wish we had executed earlier because it really is true: you can’t make product improvements if you’re not tracking how well a particular feature is doing.

Keep making new friends. All great things are accomplished with a team so you’re going to need help at some point or another.

Well, maybe it’s just me, but I have probably had hundreds of failures. Resilience is one of the most valuable skills as an entrepreneur. Everyone has different paths to resilience. For me, it helps to sit back and reflect on accomplishments I have made and then beat an innocent bystander at ping pong.

I have been wanting to build a new tool to make dealing with illnesses away from home easier. I’ve been sick in foreign countries multiple times and it is probably one of the most unpleasant experiences I’ve ever had. There is no easy way to notify loved ones at the right time when abroad and it’s even harder to know what options you even have if you come down with something in the middle of China.

I use OmniFocus for to-do lists and a lot of various other tools including Google Apps, Evernote and Pulse for reading news.

I like OmniFocus because I can do large project planning, yet still customize it to show my daily tasks so I am not overwhelmed. Pulse is a nice way to digest news because you get articles with tiled pictures and is more friendly than browsing blogs and websites.

Delivering Happiness by Tony Hsieh – great read about building company culture and insight into pitfalls of starting a startup.