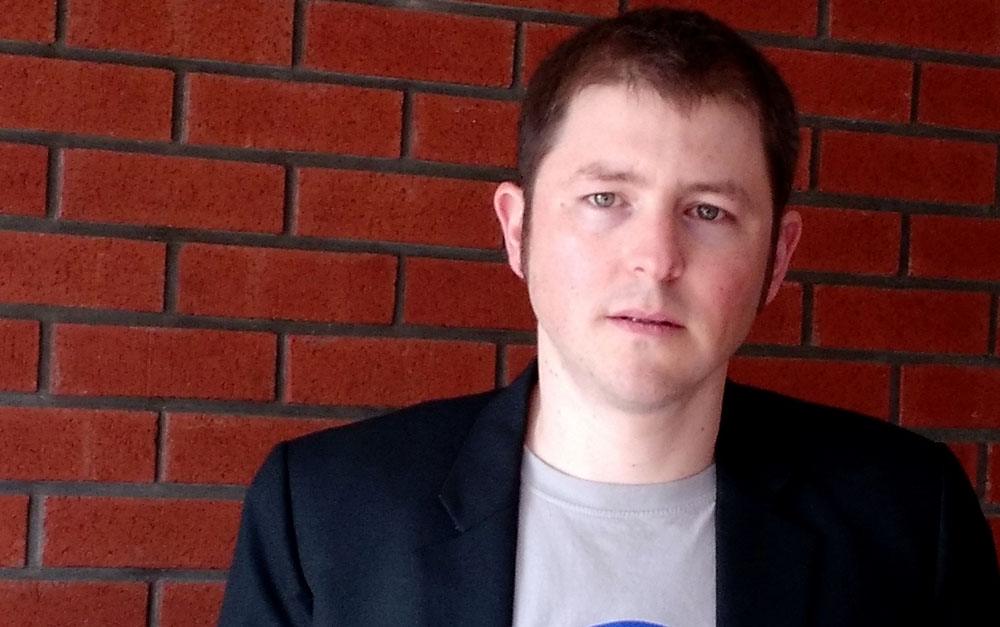 Basically, don’t be afraid to ask more questions. Once you start asking questions, you might understand how much you don’t know. It opens up your world to new ideas and new feedback.

An avid entrepreneur, Saar has extensive experience in machine learning, signal processing algorithms, and system architecture. Prior to founding Augury, Saar worked as an analog architect at Intel. Saar holds bachelor’s degrees in electrical engineering and physics from Technion, the Israel Institute of Technology. During his studies, Saar initiated a voluntary project called “Select: Students for Technological Advancement,” for which he received the Council for Higher Education of Israel (MALAG) award for social involvement.

Augury is building the machine diagnostics back end of the Internet of Things. Augury’s platform automatically diagnoses machines based on the sounds they make by connecting vibration and ultrasonic sensors to smartphones and pairing them with machine learning algorithms.

Augury is in ongoing pilots with the largest HVAC service companies and is pursuing its vision to be inside everything that has moving parts.

Where did the idea for Augury Systems come from?

Augury was founded by our CTO, Gal Shaul, and me. Both of us come from a technology background — I studied machine learning on acoustical data, and Gal studied computer science.

When Gal was working for a medical device startup that developed a product with cooling pumps, he was sent to India to fix a bug in a machine. When he entered the room, he could hear from across the room that the pump was clogged. The company sent a software engineer to India to fix a hardware problem, and he found himself cleaning out the filters instead of arriving at a software-based solution.

Because I had a background in acoustic signal processing, he came back and said, “I could hear it. The machine was telling me something was abnormal.” He asked me if there was a way to make a machine understand the same thing, and that’s how we got started.

Being the CEO of an Israel- and New York City-based startup means that I have to deal with business in two very different time zones. I only have three or four hours at the beginning of my day during which I can communicate with Israel, so that’s how I start my day. I wake up to a backlog of emails from Israel that I have to answer, and then I can begin my day on the U.S. side.

As far as typical, that’s about it. As a founder or CEO, you don’t really have a typical day. Some days are full of meetings; some days are spent in the office. Most days end like they began, with me getting things ready for the next day for the team in Israel; they start working when we go to bed.

As far as productivity goes, I usually have my phone on silent. That makes me more proactive with emails instead of reactive. I don’t mind my emails piling up. Every hour or so, when I have time between tasks, I open my inbox and get to them.

Well, I stay productive by keeping my phone on silent and drinking a lot of coffee.

I usually start with the easiest part, and once I have something substantial that I can see and feel, I hand it off to my team.

For the first couple of years, Augury was just me and my co-founder. We developed the first working prototype from scratch — hardware, firmware, mobile, servers, and algorithms. Today, we have a strong team that we can trust, allowing us to start the process and let them develop it into a full solution.

The ever-growing presence of computing in our daily lives energizes me. Computers are creeping into things you previously couldn’t imagine, from cereal boxes to T-shirts to glasses, watches, and cows. The Internet of Things is the term people like to use, but in effect, it’s just the new Internet.

Our machines are learning and becoming autonomous — take the Google car, for example. Soon, you will expect a machine to be aware of its surroundings and conditions and alert you when it needs to. Your washing machine or refrigerator will be able to let you know before it breaks. We’re living in a time of exponential change, and we can’t even imagine where things are going next. Eventually, within our lifetime, we’ll get to the future we were promised as kids — and likely beyond that.

Basically, don’t be afraid to ask more questions. Once you start asking questions, you might understand how much you don’t know. It opens up your world to new ideas and new feedback.

The worst job I had was selling gas at a gas station in the hot Israeli sun. While it wasn’t a comfortable job, it taught me how to start conversations with people of varying backgrounds, which has come in handy as an entrepreneur.

I might seek out an investment earlier rather than bootstrap for two years. With funding, we could’ve moved much faster than we did and built our team earlier on. When we started, nobody knew what IOT meant. They questioned the assumption that your washing machine would be connected to the Internet. Now, it’s a given.

Building a startup can be all about catching the wave.

Understand your weaknesses — be open, and ask questions.

While I say that I might have sought funding earlier, I still recommend waiting to begin fundraising until you really understand your market. We continued bootstrapping until we had a clear picture of our customers and their pain points, and only then did we really build the product the way it should have been built.

Finding that product/market fit helped us focus and build a great product rather than focus on fundraising and managing investors.

We had our first beta pilot with a Fortune 100 company last year and received the first iteration of our hardware just in time. It turned out that we’d selected a feeble quick-release connector for one of the cables, and five out of the 20 devices were dead on arrival. The problem is that I found out about it at 2 a.m. in my hotel room, the day before the launch.

Like anything, we have three steps to dealing with a customer-facing situation:

First, react quickly. Being honest and upfront is the key to building trust. We took responsibility and vowed to make things better.

Second, find a fast and reasonable solution. We glued the remaining 15 devices so users couldn’t disconnect (and break) them. We went for an emergency design iteration in the plastics, developing a new connector in record time. This is where being able to move really fast is your biggest advantage as a startup — they were amazed by the speed of the fix.

Last, build a process to make sure this never happens again. We’ve changed the way we validate the design of the hardware, test the products before shipment, and follow up after they’ve been delivered.

I also travel with super glue, a screwdriver, and pliers everywhere I go now.

Car repair as a service: No need to drive your car to the repair shop and spend the day waiting. We pick up your car in the evening, take it to a central location where we streamline the process, and bring it back to you before the sun rises. You can schedule a pickup and follow the process through our app.

What is the best $100 you recently spent, and why?

Noise-canceling headphones are the best things in the world. They allow you to concentrate anywhere, from a flight to a coffee shop. They cost more than $100, but they are worth every penny.

I use anything and everything Google. My life is controlled by Google. I love the simplicity, the convenience, and the fact that everything is connected to everything. In the office, we heavily rely on Hangouts for video chats across the ocean.

Jessica Livingston’s “Founders at Work” ) shows that the people we idolize as the best founders really had no clue when they started. It’s the book that got me to quit my job and start Augury. When you take a big risk, the biggest thing holding you back is the feeling that you don’t know what you’re doing. What you learn from this book is that nobody, including Steve Jobs or Bill Gates, knows what they’re getting into. The book has a lot of anecdotes about how things aren’t what they seem.

Steve Blank or Eric Ries are both great influencers in the lean startup movement.

GE’s chief economist, Marco Annunziata, is one of the chief evangelists of the Industrial IOT.