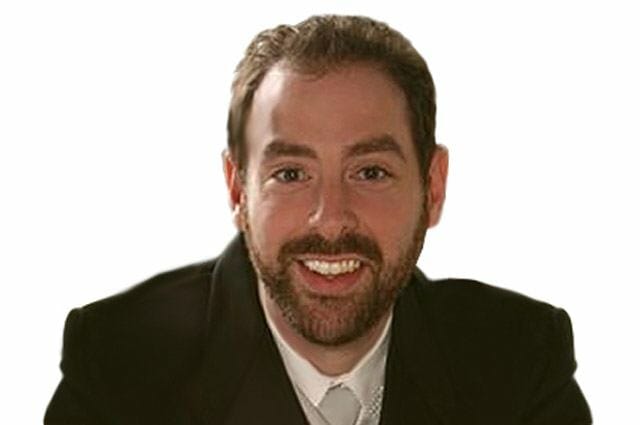 If the true measure of a successful entrepreneur is not what he does during economic boom times, but during troubled ones, then Sam Feuer, the founder of MindSmack.com, MindSmack.tv, the FastMall iPhone app and now MapEverywhere.com featuring MapOS technology is deserving of noteworthy acclamation.

Sam has always been fascinated with the Internet and envisioning amazing possibilities for the web and mobile. In 1998, at the age of 21, he began working for several successful internet startup companies. Within one year, he branched off to begin his own advertising and design agency in New York City. The company quickly experienced its ascent from an entrepreneurial venture into the global powerhouse of cutting-edge design, animation and programming that is now MindSmack.

Confident, insightful, passionate, driven. The same words that describe Feuer aptly apply to MindSmack, which has steadily grown from a one-man operation to the multi-million dollar company that dominates the web design, TV and mobile application development industries.

Despite the company’s vast and rapid growth, the Brooklyn-raised Founder/President/CEO/Father continues to personally field hundreds of daily emails and phone calls. It is this dedication that has propelled MindSmack to the forefront of web and mobile based agencies. Always hands-on, Sam personally selects and regularly interacts with every member of the MindSmack team as he maintains its status as an elite agency.

With his post-production sister company, MindSmack TV, now firmly established and thriving in Times Square, New York City and the recent launch of MapEverywhere.com based in Wayne, NJ, Sam continues to extend his tenacious hold on the media industry. Sam Feuer still finds time to defeat countless competitors in Scrabble and Disc Pool while rooting resoundingly for his beloved Yankees.

We are currently working with Fortune 500 companies and several others on ensuring MapOS (the operating system for navigation without GPS, WIFI or Internet signal) can be easily utilized as a self service or custom enterprise solution for any indoor or outdoor space anywhere in the world in any language in the world. The OS is for simple, visual and precise turn by turn, multi-level navigation that will never fail due to signal loss or lack of power. If you have a charged mobile smart phone, you can get around easily, period.

Where did the idea for navigation without GPS, WIFI or Internet signal come from?

GPS and Wifi fail over time no matter where you are navigating to. We built the entire platform utilizing GPS and WIFI initially and it failed miserably because of these dropped signals. I challenged my team to build the app and an actual platform for any venue in the world without GPS or WIFI for turn by turn, multi-level navigation and over the course of many months we were able to execute this product.

My wife Amie and I were walking through the Menlo Park Mall in New Jersey. She was 6 and half months pregnant with my son Maximus and needed a restroom immediately. We hunted for a good 10 minutes before finding the restroom based on the static directory. The only issue was that restroom was out of order and there was no other information on where another restroom was. We asked 3 employees and no one knew. Amie said, Sam, you have to make a mall app to find bathrooms. And so it begun, never thinking about no-GPS navigation we landed into this space and were able to rise to the challenge of creating a technological advancement in navigation that is being utilized in 32 countries in multiple languages at the time of this publication.

Wake up around 6am with 2 babies, Maximus Benjamin Wolfgang and Juliette Skylar Harmony. Begin working as soon as I wake up, checking on the past nights emails and anything else that may be in my court for the day. On average I still personally check over 500 emails per day to ensure things are moving along between the companies I am involved with and clients/partners. I love to pick up the phone sometimes on the main company line and talk with new clients.

FastMall has become an invaluable utility with our latest FastMall 4 release. We now offer an entire deal platform so anyone can quickly find their way and save real money at check out every time they use the application. The standard process for the team is to organize thoughts from 2-3 team members and then they are presented to me. If I love an idea, I have the team members spend 2-3 days on creating a demo. If I feel the demo has incredible potential to disrupt an industry and/or make people feel happy, then we put it onto a list of items in priority order to execute and then make it happen.

Augmented reality does now, touchable and interactive holography does for the future.

My first job was the catalyst for understanding how not to run a company. I saw an ad for $15/hour to work on selling a cool product. It was selling a cleaning wipe for computer monitors. I walked in, the owner (or so he said) gave me a handbook, walked me over to a cubicle that was the size of a NYC bathroom stall and said “read this, you begin making calls in 5 minutes.” I picked up the book which weighed about 78 pounds and the first lines I had to read the second a potential customer picked up the phone was “you know your harder to reach then Bill Clinton?”

I made the first call and before I could get to the word “harder” I broke into laughter, shook my head, threw the book on the floor and walked out.

I learned to never treat employees unlike the way you want to be treated. Respect everyone as everyone has something positive to add if you have spent the time to hire them. Do not use a corny one-liner written in a heavy, old book to try and sell a product. Never sit in a cubicle. Do what you love to do and the money will follow.

Nothing. I started from zero, on the streets of Brooklyn and have now created the coolest companies I dreamt about back then. I love everything im doing daily business wise and would not change a thing.

Be open, honest and a great communicator to everyone around you. LOVE what you do and you will never be bored.

I have over 200 ideas on the to do list. All I can say is follow your biggest dream and you can make it happen. Never stop trying and the idea will become reality.

Steve Jobs by Walter Isaacson. I have read about 349034903409439043 books but never from cover to cover. I always find myself skimming over the crap or stuff that is intuitive enough to not waste time reading. Get to the point immediately is how my brain works. This is the first book I have read every word as it is intriguing to my life and mind in so many ways. Because of the inspiration and technology Steve Jobs brought to our world and the way Isaacson captivates by exploring the true life events and happenings with everyone from Wozniak to Bill Gates, its just awesome and incredible and sad and hilarious rolled into one. The flow of the book kept my interest to the amazement of those around me who believed I would never get through an entire book word for word.

Depending on my mood I will listen to anything that inspires me. I am a huge fan of real, actual talent.

If you weren’t working on elite technology, web stuff and video games, what would you be doing?

@Scobleizer – he covers everything that I am interested in technologically and from meeting him in person and him interviewing me, he is an awesome person who cares deeply about the quality and respect of our industry.

@Eminem – to me Eminem is like Beethoven. His raw talent is something that is beyond incredible and I hope that he finds a way to stay clean and realize his gifts for decades to come. His ability to annunciate and rhyme so eloquently via rap… its unparalleled in music history.

@JimCarrey – Jim is the most brilliant comedic mind, body and soul of our lifetimes. Some of the stuff he tweets is hilarious, hoping he comes out with some high quality stuff like from his old rubberman routines.

When was the last time you laughed out loud?

My son Maximus came up to me and said daddy you stink. I said I just took a shower and I smell fresh and so clean, clean. He said, no, non daddy you are stinky doodies. Then Juliette came over next to Maximus and Maximus asked her, doesn’t daddy stink like doodie? Juliette said NO! And then dove under a blanket to hide. It was hilarious to me.

Who would you like to meet in the world and why?

Larry David because he reminds me so much to me humor wise (mainly from the show Curb Your Enthusiasm). Would love to be friends and actually hang out often with him. I would love to see him use FastMall and shake his iPhone to find then be taken to the nearest restroom.

Who would you liked to have seen how your life turned out?

My grandmother would have loved her great grandchildren so much, would have been incredible to watch them have interactions together, she was a great person and would have been very proud of what has been accomplished.