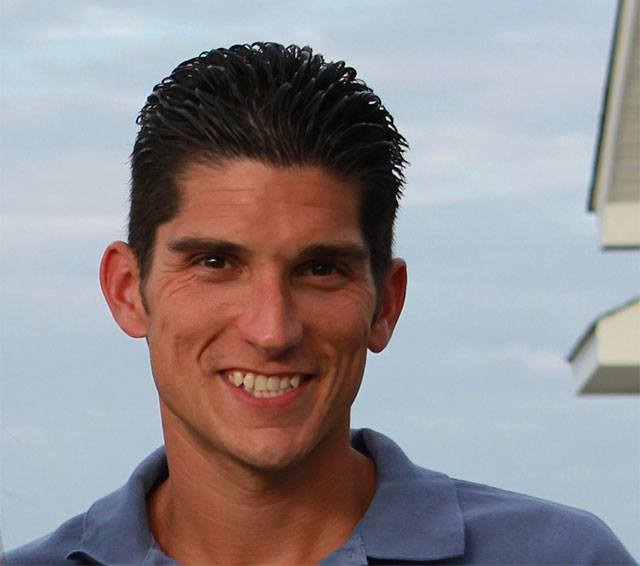 [quote style=”boxed”]It probably sounds cliche but I don’t think I would do anything differently. I’m happy with the choices that I’ve made and the mistakes that I’ve learned from to get where I am right now.[/quote]

While Front9 Technologies usually focuses on bringing its own original ideas to reality, the company will occasionally
develop apps for clients in various markets – including those in the advertising, media, and retail spaces. The apps range in platforms from the iPhone, iPad, various Android devices, and more recently the new Windows 8 tablets and computers.

Scott is a graduate of the State University of New York at Buffalo with an undergraduate degree in Computer Science as well as an MBA. While not working on the latest apps, Scott enjoys spending time with his growing family, traveling to warm locales, playing sports, and enjoying a round of golf when the weather cooperates in his hometown of Buffalo, NY.

Right now we’re working on expanding our popular iJuror iPad app to other platforms. We’ve just released iJurorConnect.com which is our cloud version of iJuror that can be used from any computer that can access the internet and now we’re creating iJuror for Windows 8 and Android Tablets like the Nexus 7.

Where did the idea for iJuror come from?

Just as the iPad was coming out I was at a party with my wife where other attorneys were present. I overheard some conversation about the Microsoft Word templates and sticky notes that were used in the juror selection process and how tedious this process tended to be. In my head the idea dawned for an app leveraging the new iPad to improve the juror selection process for attorneys. A few months later iJuror was available on the iTunes App Store.

iJuror is sold through the iTunes App Store. Once you look past the novelty of the word ‘app’, it’s really just the traditional model of making a product that people find useful.

Most days are made up of some combination of the following: marketing our apps, helping and interacting with customers, and working on developing apps. No one day or challenge is ever the same.

I usually like to work on ideas that solve real world problems that I’ve come across. Once I’ve got an idea I will work on an initial prototype and present that to a few prospective customers. From there, the app will be tweaked based on the initial feedback and then the full development of the app will begin.

I think the low barrier to entry in technology is pretty amazing. This is a unique period in time where anyone with an idea and access to the internet can create a business. That accessibility is really exciting to me.

I don’t think I’ve ever had an awful job but when I worked in the restaurant industry I did learn how much your own attitude can influence those around you. If you’re dealing with an unhappy customer it helps to see the situation from their point of view and do your best to make them happy.

It probably sounds cliche but I don’t think I would do anything differently. I’m happy with the choices that I’ve made and the mistakes that I’ve learned from to get where I am right now.

I constantly try to learn new things – especially things that you are uncomfortable with. It gets you out of your comfort zone and forces you to learn new skills to make you a more well rounded person.

Many of the first few apps that I created in 2009 did not gain as much traction as I had hoped during the ‘gold rush’ period of the iOS App Store. I reevaluated the iOS app opportunity and modified the approach to focus on high quality business and legal apps. This experience taught me that sometimes you just need to make some minor changes to turn a failure into success.

This is something that I would pay for – I just haven’t had the time to actually work on it myself. I would like to see a service that would convert iOS Promotion Codes into something physical that you can easily give away like a business card.
Often as an app developer it is difficult to distribute your promotional codes and I can see this service helping many developers. If any of the IdeaMensch readers run with this idea please let me know on Twitter so I can use it!

I wish people would just generally be good to one another. If we can focus on our similarities and not our differences I think the world may be a bit better. Maybe if we created some kind of device where you can live in another person’s shoes for a day that would help broaden our perspectives.

Unlike many other developers I didn’t grow up writing code. My first exposure to writing code was Java development during my sophomore year of college. Once I got started I was addicted and now here we are many years later.

Dropbox.com – After using Dropbox I couldn’t imagine not using it. It makes your documents accessible from your many devices and makes it easy to share your files.
Google.com – I use Google countless times a day for so many reasons: travel, coding help, finding a restaurant – it’s like my second brain.
AppAnnie.com – AppAnnie is a great site for iOS and Android developers that provides daily sales tracking and ranking information.

Start Small, Stay Small: A Developer’s Guide to Launching a Startup by Rob Walling. It shows how almost anyone can start a business and that you don’t need millions of VC funding to get started. It also reinforces that you should just ‘do’ something and stop talking about it. Worst case is that you are not an overnight success but at least you learn from your experience and that’s invaluable.

Seth Godin – Insights on marketing, business, life, etc. from Seth Godin’s blog
How To Geek – Great how to info and advice for everything tech
Russell Simmons – Russell Simmons has been successful in many businesses and his Twitter page encompasses this along with inspiration and entertainment depending on the day

Today – my Boston Terrier named Mac. It’s amazing how something as small as throwing a ball for him makes him so happy. I think it’s a lesson that pets can teach humans – find joy in the small things that we have.

I can’t pick just one – my parents are my heroes. They taught me the value of hard work and they worked hard to make sure I had a better life than they did.

What advice would you give to someone looking to start their own business tomorrow?

Release early and often! I spent many years working on ideas and never actually releasing the finished product because I strived for perfection. Now I follow the Minimum Viable Product (MVP) approach which has been invaluable. Work hard to get your initial version released and into the hands of your customers. If people are engaged, work hard to refine and perfect your product. If it’s not resonating with your target market, make some tweaks so that it does gain market adoption or move on to your next idea using the lessons you’ve learned.

What is your favorite way to burn off steam?

Exercise is my outlet and helps keep me focused. You can’t sit at a desk and stare at a computer all day and be effective.
Be active – take the dog for a walk, go to the gym, play basketball, anything that gets you moving. When you get back to work you’ll have better ideas, be more focused, and feel refreshed.