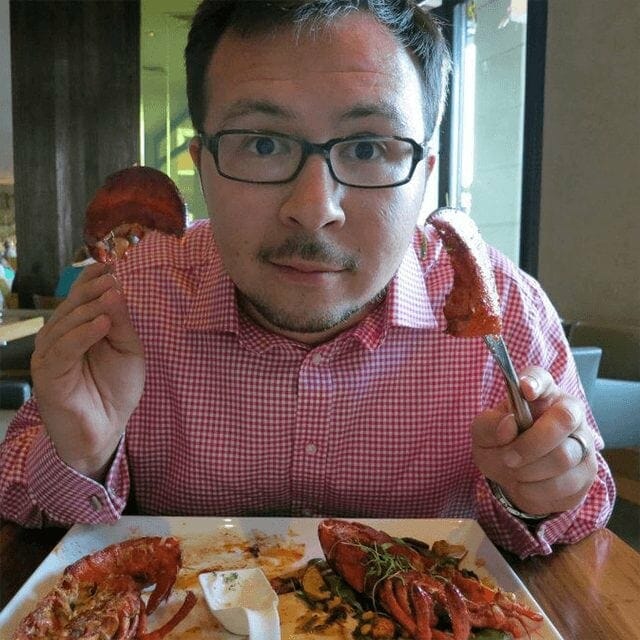 [quote style=”boxed”]Connect with your users. Use whatever means you can: email all new users personally, send survey’s, go to events where your users (or potential users) might be, and setup phone interviews with your frequent users. There is almost nothing more important than this in terms of learning what you’re doing right, and doing wrong.[/quote]

Ryan grew up in the Seattle area, and left for sun and warmth of UCLA after high school. He graduated with a BS in Computer Science, and a Minor in English Literature. While in school, he started a small consulting firm building websites and fixing computer networks, created and ran the “Bruin Nerds” student group, worked as an intern for Symantec, and held various positions in his engineering fraternity, Triangle. After graduation, he worked for Symantec for 2 years, then moved to Xobni in November 2007 as employee #7, and spent 4.5 years as a software developer there. He worked on nearly every product that Xobni produced, front and back-end. Over the years there, his roles ranged from pure developer, to project manager, to people manager. Ryan is a tech generalist, polygot, hacker, writer, voracious reader, lover of poetry, and startup enthusiast. He loves attending hackathons, learning new programming languages, and keeping up with what’s new in the startup world. He is now working full-time on his own startup, Pickmoto.

I’m working on Pickmoto. We are taking over office pools by building a mobile app that offers fun, quick, and easy competition among friends and colleagues. Most groups continue to use spreadsheets and email to organize their pools, and even before Pickmoto had a pools feature, people we trying to use our app to organize their pools. We want to become the way to run, communicate with, and handle wagers for office pools. Our entry point to this market is a mobile game that makes creating pools and picks fun, quick, and easy.

Where did the idea for Pickmoto come from?

Ben Peters, my cofounder, conceived of the idea in mid-2011. He was frustrated with the state of available sports apps, and the relative lack of innovation in sports apps. So, he started thinking up a concept for a new type of game that wouldn’t be as time-intensive as fantasy sports, but would still act as a fun game that friends could play to compare their sports knowledge. Pickmoto was born from this idea. After we saw people trying to use our app to manage their office pools, we decided that we should start to focus on being the easiest way to manage your office pools.

Currently we have an in-app purchase that allows someone to pick a team multiple times, but we plan to start making money by helping people organize their office pools. Our first big monetization effort around pools will be seen for March Madness.

We meet at either my place or James’ place around 10am. We always start with coffee, as we’re all caffeine fiends, and discuss what we want to tackle for the day. Having a daily goal helps keep momentum and activity going throughout the year. We’ll then usually work separately for a few hours, taking a break for lunch, and then reconvene to discuss what we’ve accomplished. We normally end the day between 6-7pm.

We start by sketching them out, either on paper or on Balsamiq. Having a clear vision of what you want to build is step one in the product process, and you’d be surprised by how many people start building without really knowing what they want to build. Once we have a sketched out framework for the UI and UX, James will start designing assets for it, and I’ll start building it. After we stitch the two pieces together, I’ll send out a build with the new feature, and we’ll start testing it. At this point, we’ll usually take a step back and evaluate whether this feature is a good idea or not, i.e., does it make sense, and does it work well in the app? Assuming the answer is “yes”, we’ll do all the finishing work to make the feature shippable, and then ship it to our beta testers. Assuming that we have a few days where things are looking good, we’ll ship the update to the AppStore.

I love the services that are connecting local services to the web, i.e., Uber for getting on-demand taxi’s, TaskRabbit for getting random tasks done, and Munchery for delivering excellent catered meals.

Cashier at a retail store. I learned that any job where I’m not learning is something that I’m not interested in. I want to be learning as much as I can, from whatever I’m doing.

I would spend more time trying to figure out how to get our app into as many hands as possible, i.e., the distribution model. It’s something we knew was important, and gave some thought to, but we really should have had a better distribution plan. I really think it would have made a difference.

Connect with your users. Use whatever means you can: email all new users personally, send survey’s, go to events where your users (or potential users) might be, and setup phone interviews with your frequent users. There is almost nothing more important than this in terms of learning what you’re doing right, and doing wrong.

The start of the football season comes with an unreal amount of energy and enthusiasm. We failed to capture that energy in any meaningful way. In the sports business, timing is incredibly important. However, we learned from our mistake, and next season will come with a lot more preparation to capture that excitement.

Crowdsource real-time scores for sports games. This may come as a surprise, but getting real-time scores is really expensive. It’s prohibitively expensive for a startup to get this data, so we end up manually inputting all the scores. If there was a cheaper alternative for real-time scores, something under $100/month, I would sign-up.

The one thing that worries me most is the effect that climate change is having on the worldwide environment. To reverse, fix, or neutralize the effects of climate change would require monumental work, and cooperation between governments that we probably haven’t seen since the last world war.

I have trouble sleeping. I have since I was a child. Getting to sleep for me has always been a battle. It’s not insomnia, but it’s certainly not normal. In my late twenties I discovered that meditation techniques help me get to sleep, and I wish I’d discovered this earlier.

Balsamiq: this is the best way to sketch out new ideas.
Asana: this is the easiest way to organize your task list.
Evernote: I keep all my notes in Evernote. It’s just a fantastic service.

The Lean Startup. It’s an oft-cited book, and for good reason: it provides a really good model for how you should think about building your company. I think the book is especially good for engineers to read: the idea of an MVP may be hard for some people to accept, especially if you want to start building out the grand vision immediately. Building a simple, usable prototype to prove your concept, and then iterating on that, allowed us to quickly find and fix tons of faults in our initial conception of the Pickmoto product.

@randfish: the man is an online marketing / SEO genius. Reading his posts can literally put dollars in your pocket.

@sarahcuda: PandoDaily has become the best place to get tech/startup news, and Sarah is the woman behind it.

@hunterwalk: Hunter stays very connected with what’s going on in Silicon Valley, so one can get an early preview of the next big thing by following his tweets.

We’re always cracking jokes, so I LOL frequently. The last time it was while we were recording our TechStars video. In the middle of James’ “about me” speech, he spilled hot coffee on himself, yelled out obscenities for about 10 seconds, then looked into the camera and picked-up right where he left off. He finished his speech with Ben and I rolling on the floor. Needless to say, we’re not sending in that take.

Muhammad Yunus, founder of the Grameen Bank. I find his work helping the poor with micro-loans, starting in Bangladesh and expanding from there, to be incredibly inspiring.

What market do you think is ripe for innovation or disruption?

Agriculture. There is an incredible amount of waste in the creation and distribution of our food supply. The company that figures out how to increase crop yields, reduce the resources needed to create the same supply, or determine a more efficient distribution model will make billions.

What company do you wish you had started?

GetAround. I love the idea of the sharing economy, and the concept of renting your car out (which is idle for 95% of the week) is brilliant.