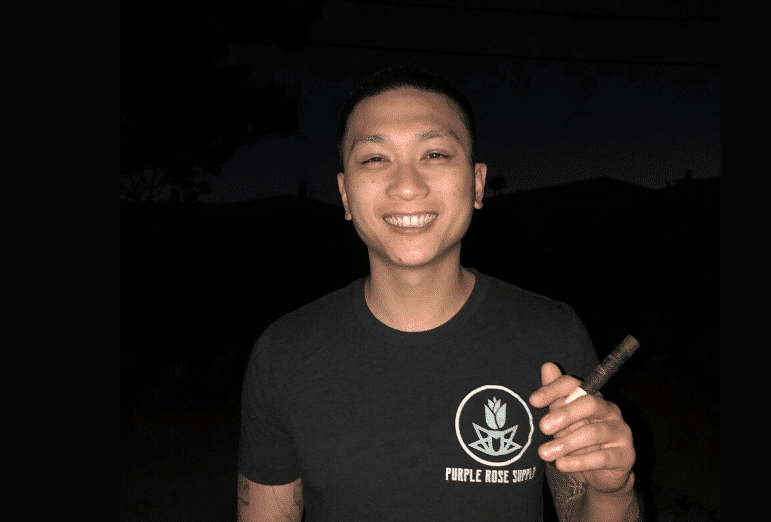 Sidney had been in love with cannabis from a young age, and it felt natural to move into the industry when he discovered how easy it was to make his own Cannagars (a.k.a cannabis cigars). He was familiar with Thai Sticks for a few years, the Cannagar predecessor, but it wasn’t until 2016 that he attempted to make one himself.

The idea came to him when he was scrolling Instagram and saw a Cannagar for the first time. The price point and state restrictions prevented him from getting one. After trying and failing many times to make a Cannagar himself, he realized he needed an easy to use tool to get the job done, so he set out to create his own. With an Engineering background, he designed the CannaMold himself and changed how the people around him consumed cannabis. While pre-made cannagars are usually priced at a couple hundred dollars and only sold in select dispensaries, he noticed how inaccessible it was for a lot of people, which strayed from his beliefs on cannabis bringing people together. He began selling Cannagar kits that allowed anyone to easily make their own cannabis cigar at home and opened the world of “luxury cannabis” to others. He grew the company along with his team and eventually left his job in tech to fully focus on Purple Rose Supply.

Where did the idea for Purple Rose Supply come from?

I saw a Cannagar on Instagram for the first time but found it really difficult and tedious to make one by hand. I realized I needed an easy-to-use tool and designed one for myself as a personal project. Purple Rose Supply was created so I could share it with others since Cannagars were inaccessible to a lot of people due to location or price.

It varies every day, but I usually spend half my day on my laptop answering emails & doing research. The other half is a lot more hands-on and involves me playing around with tools and doing research and development.

Once you have an idea that’s viable, it’s all about moving one foot ahead of the other until it’s launched. Everyone has ideas, but the difference between the ideas that see the light and ideas that get scrapped is execution.

Cannabis legalization and removing the negative stigma that used to surround cannabis.

Always go back to first principles. It sounds simple, but we get so caught up in the details we can easily forget why we’re doing something. Taking a step back when you strategize is key. The work you do only matters if it pushes your goals forward.

You’re the average of the 5 people you spend the most time with. Choose wisely.

Happiness is a choice.

We rely heavily on our partnerships with different influencers. Given the inability to advertise on traditional channels due to cannabis restrictions, influencers are a great resource in reaching prospects we may not have had access to. We also believe in the power of content and producing things our consumers want to see more of.

This is a little bit embarrassing, but I was new to managing inventory during our first year of business. I would just eyeball and make estimates to determine if we needed more inventory. I heavily underestimated one quarter, which caused us to be completely out of cannagar kits for most of the holidays. This was a really tough lesson to learn, but we have a proper system in place now to avoid mix-ups like that from happening again.

A Covid care package delivery tailored to the elderly & most affected. Even going out and getting supplies for the most affected population could be highly risky. People that are potentially sick could have touched many of the goods that they are picking up. There could be better care in sanitizing goods & ensuring there is no risk for them.

Audible because as a busy entrepreneur it allows you to absorb knowledge and listen to books on the go.

Evernote. I take notes on everything and then go back & consolidate my scratch notes to make sure I understand things on a deeper level.

“Once you stop learning, you start dying.” -Albert Einstein