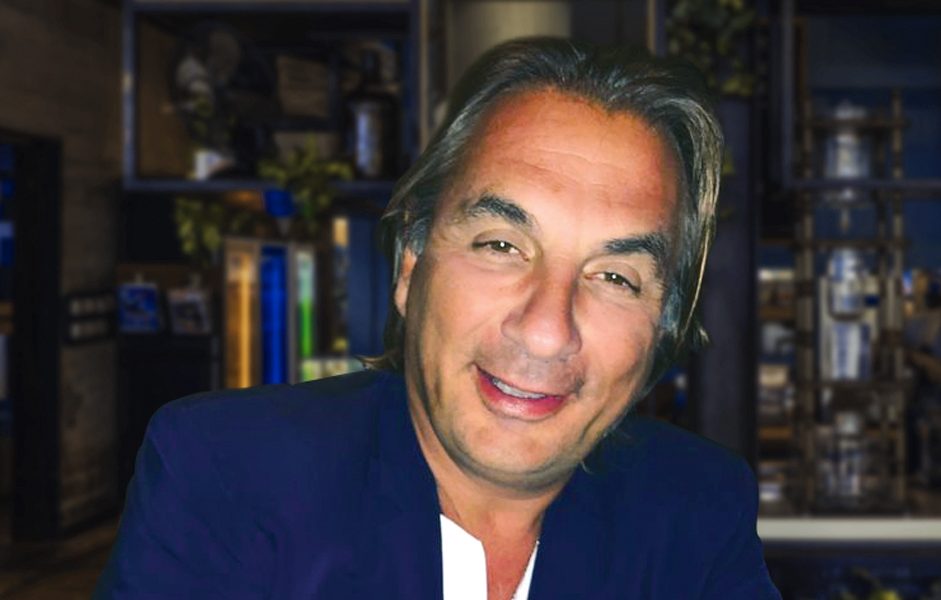 Do exactly what you were going to do and never regret it, but learn from it.

Simon Librati is originally from Montreal, Quebec, in Canada. He holds a BA in Economics from Concordia University. Early in his career, Mr. Librati was recruited by a well-known broker dealer in Atlanta, Georgia, where he started his career in finance as an intern. In 1992, when he graduated, Simon became a broker for Nesbitt Thomson in Montreal, now known as Nesbitt Burns Bank of Montreal. As a young broker starting his career, Simon rapidly was promoted. He made the Presidents Club for Nesbitt Thompson in less than one year after being a rookie.

Simon worked for Merrill Lynch from 1997 to 2000 and at Merrill Lynch made top 1% brokers in the country in his first year. In the year 2000, the brokerage industry was changing rapidly with new technology creating online brokerages where commissions disrupted the market. From 2000, Simon Librati saw an opportunity in the market and decided to create his own fund where he hired traders that wanted to learn how to trade using a level 2 trading platform and created the largest proprietary company in the world. In 2009, Simon decided to enter the U.S. markets. His knowledge and determination made him the largest proprietary trading firm in the U.S. in 2011.

In 2012, Simon Librati acquired Pacmid Technologies, a company that had its own trading platform. Mr. Librati decided to create a compliance tool that would be able to monitor trades efficiently and detect any possible non-desirable trading activity. His company created a platform that would allow the markets to create liquidity for the average investor, helping institutions route their orders more efficiently and reduce costs significantly. Simon’s company spent millions creating what’s known today as Clearpool Group.

Simon was Chairman and founder of Clearpool Group in New York from 2012 to 2015, where he hired top wall street executives and registered personnel to run the firm with his business partner Brian Schaeffer. The company executes over 3% of the U.S. markets and is a leader and very respected firm on Wall Street.
In 2015, Simon decided to take a sabbatical for one year and started investing in the hospitality business. He’s invested in several well-known restaurants in New York, Montreal, Miami, and Paris. His latest pride is Mandrake in Miami Beach, Florida.

From 2015 to present, Simon Librati has supported many charities in Canada and the U.S. for his community. Simon donated to several well-known charities such as Make a Wish Foundation, Global Empowerment Mission(GEM), and is recently involved in collaborating with Style Saves to create an art program for children and searching talent as well as providing scholarships.

Simon Librati also founded a non-profit, Global Legends, which collaborates with well-known artists and Actors such as Jordi Molla. and well-known artists such as RETNA and other Global Legends. The company’s vision is to essentially create wearable art. The company donates a percentage of every sale to a charity that supports art for children. Simon believes art teaches children creativity. He also believes that art gives children a true way to express themselves, is a fun way to show the world their feelings, and most importantly shows them what they can create, motivating them to reach their dreams. Simon believes that children who cultivate themselves understand the world better.

Simon Librati is currently working with two publicly traded companies and is CSO for Level Blox as well as an investor in the firm. The company focuses on digital software management using the BlockChain platform, creating transparency between governments, companies, and individuals in several regulated industries.

Simon works for Fusion in the U.S. presently. The company services and owns several restaurants in its hospitality divisions, such as Mandrake Miami. The company also has a yacht management division and a clothing and art division (Global Legends).

We wanted to be transparent in the way we executed trades, and at the time Darkpools was a synonym for posting an interest to buy or sell a stock, but never showing that interest to the public. Darkpools in my opinion is what caused the market to no longer be efficient. transparency for our clients was the objective, hence Clearpool.

I express my idea and make it real before it exists. I let my staff know that this needs to be real and I create it. I’m so focused on that one idea that I won’t stop until its complete.

Technology, blockchain is extremely exciting. I believe in transparency and blockchain may be a new platform that regulates the internet and makes private data safer. The ability to share information reduces time and gives you the ability to make decisions faster and better. There are so many incredible new products, almost like a new world of business ideas.

I think about everything I need to do before I open my eyes, and when my eyes open, I am focused on executing what I dreamt of doing. That’s how dreams are made either you make them with your eyes closed when you sleep or you execute the same thing but with your eyes open making it real.

Do exactly what you were going to do and never regret it, but learn from it.

Focus, determination, luck and treating everyone with respect. Also never losing my cool or showing my emotions, hiring the best people, not wasting time on thinking about the past, and creating the future.

As an entrepreneur, the biggest mistake I did was to not fully understand the risks of the business I was in and thinking I was invincible. I overcame it by understanding that being humble is a great quality that I can really appreciate.

How many have issues with cell phone companies and being overcharged and being charged hundreds in reactivation fees?
My idea is a company that will create an algorithm that combines your bill with the program you’re on and an alert is triggered if extra charges occur. Immediately the company will call the carrier on your behalf and negotiate any anomalies as well, reducing your fees and getting you a credit, saving you thousands a year, and most importantly saving you time from spending hours with your carrier on the phone.
Charge 5$ a month per person if you save them money only, which is practically guaranteed.
Offer to finance the phones they pay monthly at half of what they are currently paying.
Call the company “GrahamBILL.” If you have one million clients, which is not complicated if the service is adopted, that’s $60 million a year. Just an idea.

The best $100 I recently spent was on a massage after a crazy day of just being turbo-charged. It slowed me down and helped me think of what I wanted to do.

I love the CNBC app. It helps me stay in tune with the markets and find out what sectors are strong and which are weaker. It also helps me make business decisions.

“Reminiscences of a Stock Operator” by Edwin Lefèvre.