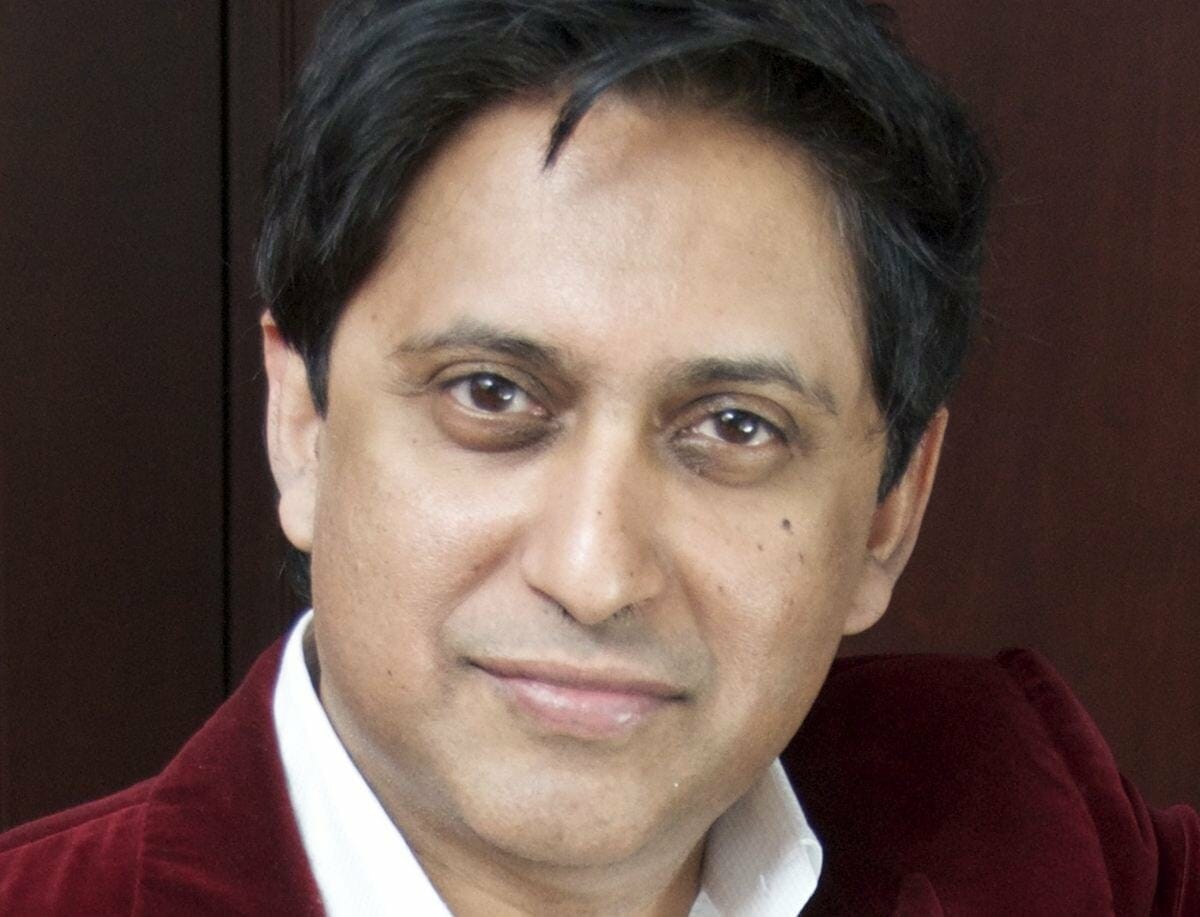 Always remain open to new things, and become intimate friends with “not knowing.”

Dr. Srini Pillay, founder and CEO of NeuroBusiness Group, has a background in concert piano, photography, poetry, drama, and dance and was the top medical student in his class.

Srini was a nationally funded brain imaging researcher for 17 years and is the author of award-winning “Life Unlocked: 7 Revolutionary Lessons to Overcome Fear,” “The Science Behind The Law of Attraction,” and “Your Brain and Business: The Neuroscience of Great Leaders.” His books have been translated into Brazilian Portuguese, Greek, Japanese, and Korean. He currently blogs regularly for Psychology Today and Harvard Business Review and has been called “one of the most progressive thinkers of our time” by 33voices.

Srini is a humanist and pioneer in brain-based executive coaching who’s dedicated to collaborating with world-class experts to help people become unstuck and unleash their full potential by tapping into the power of their brains. His expertise is widely sought after internationally, and he has been interviewed by CNN, Fox News, Forbes, The Wall Street Journal, The New York Times, and several other media outlets.

Where did the idea for NeuroBusiness Group come from?

It was a serendipitous result of all the things I had trained in. I studied functional brain imaging for 17 years at the Brain Imaging Center at McLean Hospital at Harvard Medical School. I’ve also done clinical work and was the director of the outpatient anxiety disorders program. As a result of my reputation in treating anxiety, my private practice was filled with corporate executives who didn’t want medication or therapy, so I became a certified master executive coach.

My background in brain imaging research, ongoing clinical practice, and executive coaching allowed me to integrate all three. Brain science was able to provide the much-needed concrete anchors that executives were looking for to explore more abstract psychological and spiritual spaces to advance their emotional control and productivity.

As with most creative ideas, there was also a combination of frustration with linear academic frames. While the beauty of academic focus has allowed me to draw on rich and reliable research, my own passion was in the “unfocus” of applying this knowledge creatively. I was interested in a variety of subjects in psychiatry and was fortunate to have been able to research many of them over the years. Rather than being a “generalist,” I wanted to be an “integrationist.” NeuroBusiness Group was an outgrowth of this integration.

My days vary considerably depending on which aspect of the company I’m working on. Since its inception, I have developed corporate, self-help, social enhancement, educational, culinary, and artistic applications of the integration of brain science and human psychology to well-being and productivity.

After sleeping for about five hours, I get up at about 4 a.m., then research and work on my book, which will be published with Ballantine Books in 2016. Somewhere in there, I try to get in 20 minutes of meditation, and I may work out after that as well.

I then spend most of my day in Skype meetings exploring partnerships and potential business. I also travel a lot.

Activities during the day include writing proposals, designing custom leadership development programs for international multilaterals and medium and large companies, designing assessment tools, and designing software and apps. In the self-help division, I spend most of my time designing and producing products (e.g., books, CDs, software), learning about and implementing online marketing, and working with my team to launch campaigns.

I generally work until noon, take a 30-minute break for lunch, and then work until dinner (around 6 p.m.). Then, I take another 30- to 60-minute break and work until 11 p.m. or midnight. In between, I often see patients and coaching clients.

I like responding to my need for rest and relaxation rather than obsessively planning it. So, when the need arises or when they request it, I spend quality time with the people I love.

The main ingredients of ideas coming to life are rigorous academic research, collaboration, and feedback analysis from NeuroBusiness Group’s followers. With this rigor, ideas seem to emanate faster. Sometimes, I review news feeds to see what’s trending, then take a creative stab at conceptualizing how I can help.

I’m not driven to produce things out of pure ambition. Somehow, this place of integration gives me a high, and my capacity to serve isn’t just a platitude — it’s truly inspiring.

The trend of authenticity: living life and learning to negotiate the unknown with resilience, agility, and creativity rather than declarative knowledge.

The dynamic of focus and unfocus. I’m obsessed with this subject. Unfocus is the ability to not make life boring and staid, and it allows me to switch between subjects throughout the day. However, focus allows me to land after I fly with unfocus, and the combination of the two makes for inspired speed and production.

I probably have a distorted sense of optimism in that I can’t truly think of the “worst” job that was actually bad. When I’m in a job, no matter what it is, I learn to love it quickly. In retrospect, though, I think breaking the water (amniotomy) to induce labor in pregnant women during my internship wasn’t my favorite thing because of the risks to the baby’s scalp.

I learned that even when you’re afraid of something, anticipating it is far worse than actually doing it. Also, it actually is possible to get more confident over time. When you become confident, it’s important not to get carried away or take this for granted because every situation is different and requires a fresh eye.

I would at least do a mini MBA so I could get more oriented to business processes. It took far too many mistakes to learn about proper business documentation. Also, I would’ve started on this path much earlier, and I would’ve productized my intellectual property in a more organized way.

Always remain open to new things, and become intimate friends with “not knowing.”

Writing a book and having it published by a publishing house was probably the turning point for me. People told me about this over and over again, but it took me a long time to truly appreciate how much this can be leveraged for proof of expertise and form the basis for products.

I’ve had many. Because I like doing everything from designing our web pages to researching the science, learning the marketing, and composing music, I think I took too much of this on myself. I think I learned that other people can do this much faster and that hiring the right team is critical. I’m getting closer to that. I also should’ve developed products more directly related to my book.

I think that designing an app for “how I overcame my personal challenge” would be great. Scaling this for worldwide use would be amazing.

I once owned the domain sausageking.com.

• Infusionsoft for community building and spreading the word
• Burnout Buster, my own creation used to track energy utilization
• Apple and Google for email and file sharing
• Skype, GoToMeeting, and Google Hangouts for video conferences

Apart from my next book, I genuinely think that my first book, “Life Unlocked: 7 Revolutionary Lessons to Overcome Fear,” has some helpful tips about enhancing happiness and productivity.

• My family and friends influence me with their unconditional and extreme love.
• Jiddu Krishnamurti for his profound insights into the nature of emotion, creativity, change, and being. He influenced my thinking about the importance of questions.
• Ramana Maharshi, who influenced my thinking about asking the question “Who?”
• Serena Williams for her inspiring talent and determination. She influenced my thinking about never giving up.
• Mick Jagger for his talent, sexiness, and endurance. He influenced my thinking about boundaries.
• Jonny Lang for his songs “Lie to Me” and “Anything’s Possible.” He influenced my thinking about human vulnerability and the power we actually have.
• Barbra Streisand for her unbelievable voice and breakthrough tenacity. She influenced my understanding of what’s possible and the fact that focusing on being just one thing is overrated.
• My agent, Celeste Fine. When I told her I was worried that my name wasn’t mainstream (and that I should consider making it easier to pronounce), she told me that it wasn’t dissimilar to “Madonna.” (How can I not love her? Madonna is one of my icons as well.)
• Takashi Murakami, whose sculpture “My Lonesome Cowboy” is a brilliant depiction of outrageousness and the value of courage, authenticity, and originality.
• Jonathan Cole, a professor of psychiatry at Harvard University, who changed my life by inviting me to be his research fellow. He taught me that the seemingly impossible is not.
• “The Yoga Sutras of Patanjali” by Swami Satchidananda offers a clear definition of how to evolve one’s consciousness, “Remembrance of Things Past” by Marcel Proust gives beautiful descriptions of nuance, and “Women in Love” by D.H. Lawrence gives excruciatingly truthful descriptions of love.