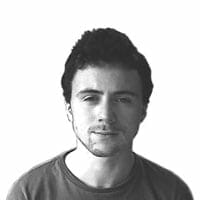 Stefan was born and privately educated in Scotland. With a very strong interest in computers, he has made websites since he was only 12 years old. Along with computers and the Internet, his interests include running, skiing, physics, graphic design, photography, music and business.

Stefan left school with A-levels in math, physics and English literature and attended university after just turning 18. He attended the University of Glasgow for civil engineering. During his time at college, Stefan was making websites for clients, running student pub crawl nights and brainstorming in his spare time for the next big thing. Soon after the beginning of his second year at college he realized that university life and his chosen degree was not for him and that he wanted to pursue his life goals. He quickly left college at the age of 21 to pursue his passion for business and the Internet and to try and innovate the way the world works.

Stefan has since been running a successful Web design business called Pretty Klicks, which has grown strongly, and in his spare time has worked on new Internet projects including Social Whispers and YoudGetIt.com

Social Whispers allows exchanging a tweet or status update in exchange for free content or discounts. It is a marketing platform which uses referral, rewards and trust-based marketing via Twitter and Facebook. It crowdsources marketing and can allow things to go viral. Social Whispers recently was featured on springwise.com, and this has really kick-started it! Social Whispers is free and also has a paid version for more features and less limitations of use.

At the moment I am working on various clients websites but also pushing to further develop Social Whispers. I am currently in talks with a company in Silicon Valley over an exciting collaboration. I’ve also started work on a new project, which I am very excited about and cannot say much about!

You’ve just got to do it. They key to getting something done is to start it! Just find a starting point and get going. As soon as you begin you will not only get the ball rolling, but you also will quickly find where it’s going and if it will work. People can spend so much time planning and writing business plans, and in my opinion, procrastinating. In an ideal world these would guarantee 100 percent success, but they don’t. Don’t get me wrong though, planning is essential. I always carry a pad of paper with me as ideas constantly develop and grow.

Success stories, certain people, my friends and family and cool ideas. My drive and desires are already there, but when I hear something that really fires me up, that’s when I can call it inspirational. One thing that inspires me is how anyone can go as far as they want.

I don’t call them mistakes. I call them lessons, as we can always take something from them. I’ve learned plenty of lessons. One mistake I have made though was not starting sooner! I wish I had an understanding for real computing knowledge earlier instead of skimming the surface. That way I wouldn’t have to go back on myself to learn fundamentals I should already know. The lesson that I can learn from this is that you should learn about your topic of interest as much as you can and to persist. Persist, persist, persist. I guess another was to be thorough, but I learned that from a few other mistakes as well.

The hangover cure. In reality I have a couple and can’t share them here. However, I reckon an online bank to replace high street banks with a higher level of transparency would be great! I also heard there’s one in the pipelines! Oh, and someone needs to push the IPv6 to come to fruition — major opportunity there!

My pad of paper, Photoshop and TextMate. I don’t read much, but when I do it’s usually business-orientated books as they inspire me.

Tony Hsieh (founder of Zappos) and the founder of LinkedIn or some other social network. And obviously Mark Zuckerberg …

What makes a website/online app take off?

Understanding the people who use it and the place they are already using it — i.e. the Internet itself.

You must make something work for them, and it must make sense. At the same time it must “fit in” with the current state of the Internet to some degree so it doesn’t scare them. Once you have gained enough users, changing the Internet for the better can then be your oyster.

What’s are some quotes that inspire you?

“Winning is everything.”
“Never underestimate the power of now.”
“Just do it.”
“In life you are more of what you want to be and less of what you are.”

There are more, but those are the cheesy ones I can think of just now …