Sujit Choudhry – Founding Director of the Center for Constitutional Transitions 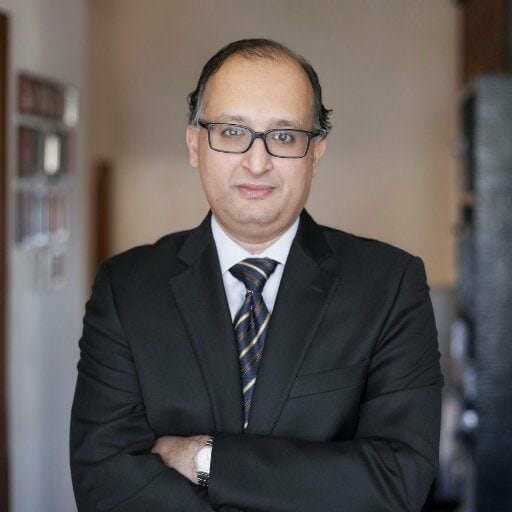 Always talk to people on the ground. They know what’s going on – and know what they need.

Sujit Choudhry, is the I. Michael Heyman Professor of Law at the University of California, Berkeley – School of Law, where he served as Dean. He was previously the Cecelia Goetz Professor of Law at New York University, and the Scholl Chair at the University of Toronto. He is an internationally recognized authority on comparative constitutional law and politics, who has spoken in over two dozen countries, and combines a wide-ranging research agenda with in-depth field experience as an advisor to constitution building processes, including in Egypt, Jordan, Libya, Nepal, South Africa, Sri Lanka, Tunisia and Ukraine. Professor Choudhry holds law degrees from Oxford, Toronto, and Harvard; was a Rhodes Scholar; and served as law clerk to Chief Justice Antonio Lamer of the Supreme Court of Canada.

Professor Choudhry is the Founding Director of the Center for Constitutional Transitions, which generates and mobilizes knowledge in support of constitution building by assembling and leading international networks of experts to complete thematic research projects that offer evidence-based policy options to practitioners. It partners with a global network of multilateral organizations, think tanks, NGOs, and universities. In partnership with the International Institute for Democracy and Electoral Assistance, Professor Choudhry is currently co-leading three global collaborative research projects: Dealing with Territorial Cleavages in Constitutional Transitions, Security Sector Reform and Constitutional Transitions in Emerging Democracies, and Security Sector Oversight: Protecting Democratic Consolidation from Authoritarian Backsliding and Partisan Abuse, which will yield a series of research and policy outputs to be published in 2017. Professor Choudhry is a member of the United Nations Mediation Roster, and has been a consultant to the World Bank Institute at the World Bank and the United Nations Development Program.

Where did the idea for your organizations come from?

One of the best things about my field is that it is very active. Since 1978, 185 new constitutions have been drafted and adopted around the world. At any given time, half a dozen constitutions are being rewritten, and another half dozen amended. So I begin my day by reading a wide variety of on-line sources to keep current. I then turn to my emails. I am currently overseeing research projects with experts and policy partners across the globe. Our ability to be effective depends coordinating and driving forward a large number of people and institutions. I try to write for a few hours every day, and spend a few hours reading the latest research.

Our work grows out of real-life examples, and is designed for use in the field. To make sure our work is practical and grounded, we spend a lot of time talking to our policy partners to identify issues that are important to many countries, but where existing knowledge is incomplete, outdated, or non-existent. So we know that there will be an audience for our work. And we include our policy partners at every stage of our research, and make our knowledge outputs are available online and on an open-source basis in multiple languages. Finally, we use lots of examples from around the world – from experts on those countries – to bring our work to life.

What is one habit of yours that makes you more productive as a leader?

Always thinking about what’s coming next, so that you’re ahead of the game. If you’re seen as a thought leader, you’ll have no shortage of individuals and institutions who want to work with you.

I was a full-time academic administrator. I learned from it that you can never make everyone happy – and sometimes nobody happy! I decided to focus my efforts on doing what I love – advising new democracies on constitutional issues.

My research was initially focused on Canada and then broadened to include the rest of the world. If I were starting today, I would have “gone global” from the beginning – and put Canada in a comparative context.

As a leader, what is the one thing you do over and over and recommend everyone else do?

Always talk to people on the ground. They know what’s going on – and know what they need.

What is one strategy that has helped you grow your organization? Please explain how.

I once spent a year trying to establish a relationship that could have provided substantial resources, and an international platform for our work. It did not work out. Rather than giving up, we rebuilt the proposal from scratch and came up with a new model that was far cheaper and much better.

We need a new organization that organizes and hosts the most important constitutional case-law from around the world, in multiple languages. It would change the history of constitutionalism.

FullContact is an excellent way to manage contacts.

Cass Sunstein’s “Wiser: Getting Beyond Groupthink to Make Groups Smarter” should be read by anyone who has ever chaired a large group tasked with making a decision.