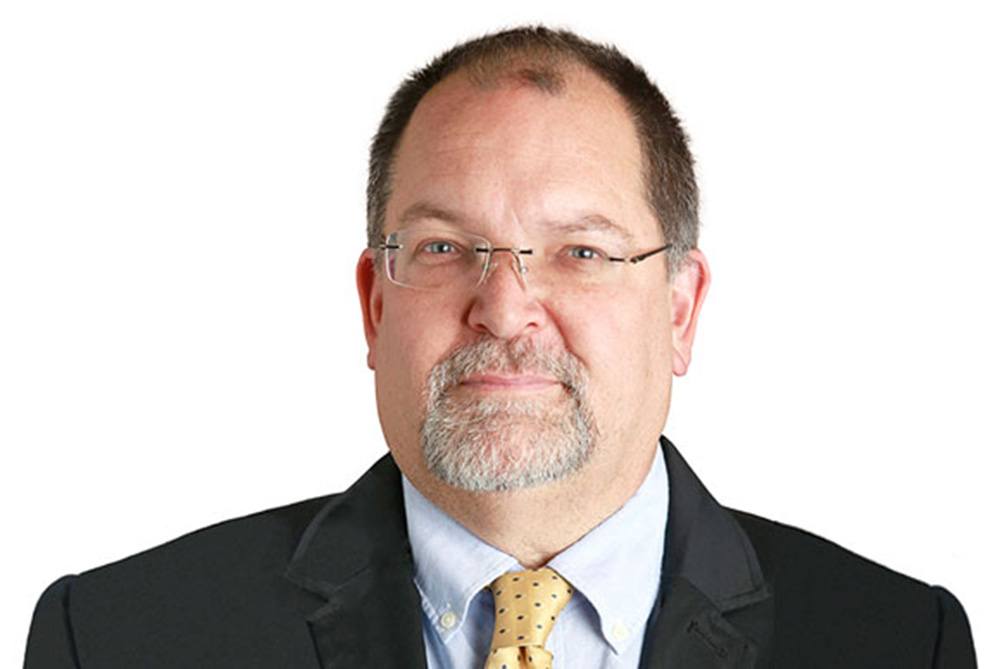 I would have been a lot more productive if I had known then what I know now about the importance of setting aside the most productive part of the day to work on what’s in front of you.

Ted Bauman joined Banyan Hill Publishing in 2013 and serves as the editor of The Bauman Letter, Plan B Club and Alpha Stock Alert, specializing in asset protection, privacy, international migration issues and low-risk investment strategies. He lives in Atlanta, GA with his family.

Ted has spent his entire life helping put people directly in touch with the resources they need to lead a truly sovereign life, free from governmental oversight and corporate greed. Born in Washington, D.C. and raised on Maryland’s eastern shore, Ted emigrated to South Africa as a young man, where he graduated from the University of Cape Town with postgraduate degrees in Economics and History. During his 25-year career in South Africa, Ted served a variety of executive roles in the nonprofit sector, primarily as a fund manager for low-cost housing projects. One effort he helped found, Slum Dwellers Internationals, has gone on to help over 14 million people in 35 different countries.

Normally, I get up in the morning and get my daughter to school, then I head downstairs to my basement office. I’m able to get started working straight away. I don’t have any commute. I’m able to dive right into work, and I find that I do my best work first thing in the morning.

Occasionally, I’ll get up really early and try to knock out several tasks before the business day even starts. I tend to work until 5:00 p.m., no matter how early I get up in the morning. I’m basically busy all day, and I pay a lot of attention to current news on the topics that matter most to my readers and subscribers.

My job is to be a writer. More than anything else, the value that I add to Banyan Hill Publishing is to write about essential topics in a way that makes people want to read more. I think the critical thing that a writer is able to do, particularly when it comes to mundane topics like finance and asset protection, is to utilize excellent writing skills and narrative skills to explain why certain topics are so important. For example, why it’s so important to protect your assets.

You need real life examples so that your readers can see those ideas in their mind’s eye.

One trend that really excites me is the increasing tendency of my readers to question the nature of our economy … not just the U.S. economy, but the global economy. A lot of people are beginning to ask whether or not bending over backwards to accommodate large businesses is a good financial strategy. It’s one that Western governments have adopted over many years, and readers are finally starting to ask if such a financial strategy can produce long-term benefits for society, and not just for financiers and businessmen.

Increasingly, we’re finding that the contradictions and problems have emerged because of free capital movement and a lack of regulation of financial products. Although I’m not a huge fan of government regulation, I am a huge fan of ordinary people being aware of the problems that confront us. These ordinary people, I’m finding, are becoming more interested in the solutions to these problems, because they are not something that we’ve seen in the past.

As I said earlier, I tend to get up early and I tend to use the most productive time of the day to get the hardest work done. It’s about time management for me. I’m not saying I’m a great time manager, but I do know when I’m most productive. As a result, I tend to guard that time of day pretty stingily. I don’t want people to bother me during that time of the day. I really resist having to do things in the morning, other than focusing on work.

It’s hard to say what the worst job I ever had was. In my youth, I did a lot of typical minimum wage jobs. I worked at McDonalds. I worked at Burger King. I worked at gas stations. I also worked in high-end restaurants as a busboy. I learned that, while those jobs weren’t necessarily the worst, they were certainly not the kinds of jobs I hoped to have the rest of my life

What I learned from those jobs is what it’s like to be a person in a working-class environment; what it’s like to have to make ends meet by working physically hard and having to put up with a lot of flak from supervisors and bosses.

Ultimately, those job experiences gave me the key to appreciate the fact that if you really want a society to thrive over the long term, you have to pay attention to the welfare of the people at the bottom as well as the top.

I would have been a lot more productive if I had known then what I know now about the importance of setting aside the most productive part of the day to work on what’s in front of you.

The other thing I would have done differently is I would have applied myself a lot more to learning the very technical aspects of economics. I don’t necessarily think that that’s a great way to understand how the world works, by focusing on technical stuff, but it certainly helps in engaging people who tend to think that way.

What is the one thing you do over and over and recommend everyone else do?

That’s simple. I am constantly focusing on trying to gather news and information about the topics in which I hold myself out as an expert. My job at Banyan Hill is to provide people with insight on things that are going on in the world around them, things that can affect their wealth, their prosperity, their security and their freedom.

In order to do that, I am constantly looking for sources of information, both in the mainstream media and in obscure places on the Internet. It is absolutely critical for anyone in my business to keep themselves well-informed. Also, I don’t use somebody else to research this information. I look for it myself, and I think that is crucial to my position as a writer and as an analyst.

What is one failure you had and how did you overcome it?

I’ve had a number of failures in my life. Certainly, there’s nobody who’s ever been completely successful in everything. But my failures had less to do with business than they do with learning too late some of the key things that make a particular situation turn out well.

For example, I worked in the public sector for many years as the executive director of a housing finance company that worked with very low-income households to construct housing. One of the things that we did was to try an intervention to help those communities develop financial management systems that would allow them to get the most out of the money they had available.

One of the things I learned too late is that it’s better to set a boundary between what a community can reasonably be expected to do on their own, and what needs to be done by supportive outsiders. I learned that lesson too late because I let my desire for people to take of their own futures override common sense.

I learned early on that it’s important to be pragmatic, so I guess that’s why I keep doing this.

The best $100.00 I recently spent was on a really good rice cooker. I’ve been cooking rice for many years in the old pot-on-top-of-the-stove way. I like to cook. I really like to try new things, and rice is a staple. I recently bought a really good rice cooker, made in Japan, from a local store that specializes in Asian cuisine and Asian cooking implements. It’s really revolutionized my rice cooking.

It just goes to show you that sometimes there are things you think you don’t need until you actually have them. Here I am, in my mid-50s, and I’ve just discovered something I could have been doing all my life. I think if you take that lesson and apply it to things like finance and asset protection, you might find some surprising results.

I tend to use a wide range of websites for analysis, information, and research in my work. They really span the spectrum from mainstream media to some great, quirky and unorthodox websites. I wouldn’t say there is a specific web service that I use, but there is one piece of software that I really like, and it’s really cheap. It’s called Stock Market Buy.

It’s a little piece of inexpensive software that allows you to set up portfolios, watch stocks and receive a pretty sophisticated real-time analysis of what’s going on.

I recommend those things to my readers and subscribers, particularly to my investment services, because they should be able to get the same kind of up-to-date information about what’s happening with our trading strategy that everybody else does.

You don’t have to go to your broker’s website to get this kind of in-depth information. It’s perfectly possible to do your own analysis, particularly with investments, and that’s what I do. It can get a little obsessive, but I really enjoy that.

What’s one book that you recommend our community should read and why?

I know this is erratic, and it’s probably going to peg me as a little bit more than unorthodox, but I think Piketty’s Capital in the 21st Century is a really good book to read. Whether you agree or not with his basic thesis, particularly the economic analysis underlying his analysis of the increasing concentration of wealth in our world, I think there’s a lot of common sense in there that is very attractive, even to very successful businesspeople around the world.

I think it is worthwhile to read something that goes against your typical inclinations. A lot of people in my business don’t want to hear that inequality is actually dangerous to the economy. But I think when someone is prepared to engage that stuff, whether or not you accept it, it opens you up.