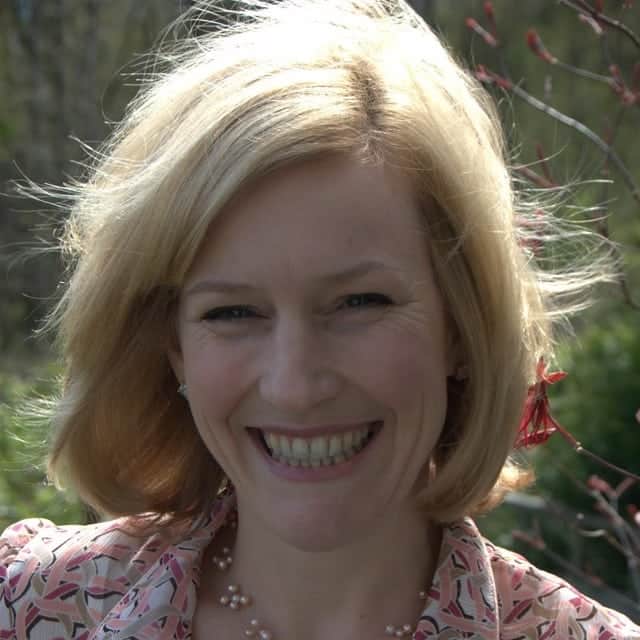 [quote style=”boxed”]Because every author should treat his or her career as a business, I think the most important thing is to envision what you want. Get crystal clear about your goals. Write them down, cut out pictures and make a vision board, or verbalize your goals with someone (whatever recording technique you’re the most comfortable with), and then revisit that vision every single day of your life. Do not underestimate the power of vision and intention.[/quote]

Tess Hardwick is a novelist, playwright and mommy. She has a BFA in drama from the University of Southern California, and spent much of the 1990s working in the fringe theatre scene in Seattle as an actress and director. In 2001, she wrote her first full-length play, which subsequently won a 1st place prize at the Burien New Works Festival.

Between artistic endeavors, she worked as an HR professional in the corporate environment for nearly 15 years. In 2006, she quit her “day job” and began to write seriously–the result of which was “Riversong,” her first novel. Several months ago, along with her co-author, Tracey Hansen, and 11 other writers, she published a book of essays called, “Write for the Fight,” which explores the seasons of life. All of the author proceeds from “Write for the Fight” are donated to organizations fighting against cancer.

“Riversong” was the #1 Nook Book, the #1 Free Kindle Book, the #19 Paid Kindle Book, and was #1 in various romance categories. Ms. Hardwick lives in the Pacific Northwest with her husband and two young daughters. She is currently working on her second novel.

I’m in the editing process of my second novel, a historical fiction set in the 1930s, inspired by a story from my great-grandmother.

Where do the ideas for your books come from?

I usually get an idea in a little flash, often when I’m doing something that requires no thinking, like taking a shower, washing dishes, driving or exercising.

I get my children off to school, go to the gym and then shut myself in my home office and write until it is time to get the children at 3:00 p.m. For writing breaks, I take my dog, Patches, out for little walks, and I also check my Facebook and Twitter feed to see what’s happening with my friends and family. After the kids come home, we do homework and run errands in the White Whale, our minivan. We always sit down for a family dinner when my husband comes home from work.

The ideas for characters and plots come to me both during everyday activities, as I’ve said above, and sometimes while I’m writing the work itself.

Although I love libraries and bookstores as much as red wine (which is a lot), the trend of ebooks has been exciting to me as a new novelist. “Riversong” has been immensely popular for both Nook and Kindle readers, and has given us an opportunity to find readers in a difficult business. Also, the fact that more fiction is being read as a result of the easy accessibility of ebooks is very exciting to me, both as a book lover and writer.

With the downturn of the economy in 2007, my husband’s small business suffered a great deal, and yet, I was committed to staying home with my kids and pursuing a writing career. So, in a misguided attempt to help with the household income but also reach those two goals, I took a sales position at Nordstrom. After working at the VP and Director level as an HR professional, it was humbling and disheartening to be working in a retail environment. After several months I realized I couldn’t make enough to pay the sitter, and decided to leave my “fashion” career behind.

I spent years waiting tables, was a hotel maid, and worked at my hometown pizza restaurant. Nothing was as bad as slogging those dresses back and forth between the dressing rooms and racks for women whose hobby was trying on clothes they never bought, or worse, purchased and then returned the next week, thus reversing any commission the sales person thought they’d earned.

I would not have pursued a career in business, which I kind of fell into. Instead I would have kept a simple kind of day job (like an administrative assistant) that required less mental energy and started writing more seriously in my twenties. I didn’t get in the right “head space” to start pursuing a writing career with unwavering intensity until I was in my late thirties. I just had my 43rd birthday and now have a bestselling novel. Think what I could have done if I’d given myself permission to take myself seriously earlier? I hope there is a lesson in my mistakes for other people. Always, always do what you love and what you feel you’re meant to do, instead of choosing the safe route.

Because every author should treat his or her career as a business, I think the most important thing is to envision what you want. Get crystal clear about your goals. Write them down, cut out pictures and make a vision board, or verbalize your goals with someone (whatever recording technique you’re the most comfortable with), and then revisit that vision every single day of your life. Do not underestimate the power of vision and intention.

The biggest problem I had when I decided to leave my HR career behind was a financial one. We went from me contributing equally to the household income to me contributing nothing for several years as I wrote “Riversong” and then looked for a publisher. We did something bold: we sold our home and downsized, moving to a more affordable suburb into a townhome. If you want something bad enough, you’ll figure out how to make it work.

Write a novel that’s a page-turner.

I wish that people all over the world didn’t have to die senselessly in the name of religion, money or power. I have no idea how to go about creating change except through prayer, and for me personally, through writing about themes of love, community, redemption and hope.

There are many, many days where I feel like a hack or a fraud. The good news is that it makes me work even harder.

Twitter: It is the greatest networking opportunity in the world; it’s a giant, virtual cocktail party. As a matter of fact, I always joke that I found the insanely funny and talented Tracey Hansen (my partner for “Write for the Fight”) the old fashioned way–on Twitter.

Facebook: “Riversong” started selling thanks to the grassroots efforts of friends and family via Facebook. They started “sharing” about the book and reposting blog posts and interviews. It was like a spiderweb effect, as more and more people bought “Riversong” and recommended it to others.

Google: There isn’t a thing you can’t find by “Googling” it. This is a writer’s friend in every way.

“Riversong” and “Write for the Fight.” Just kidding. In terms of fiction, read anything by Ann Patchett. For non-fiction, I recommend a recently released group of essays by Pat Conroy called, “My Reading Life.” Ann Patchett is simply one of the best novelists of our times. Pat Conroy is a great writer and American, and his essays about how literature informed and shaped his life are brilliant and beautiful.

@Tracey_Hansen, @JesseJFreeman and @JoeVampireblog. These are writer friends of mine who are supportive, clever, and have great books and blogs. They will never fail to amuse, inspire or support you.

Well, I laugh all the time, usually loudly. But it was just now when my dog, Patches, leapt upon the bed where I’m writing this interview. He tried to worm his way into my lap, all because he was afraid of my daughter’s birthday balloon she had attached to her belt. He’s afraid of balloons. We don’t know why, but it’s extremely amusing.

My mother. She has a spinal cord injury and is mostly in a wheelchair, but she doesn’t let her handicap keep her from doing things she loves, like painting and gardening. She’s the toughest person I’ve ever met. Despite a lot of pain, she never complains. I think of her every morning, and it reminds me that whatever challenge I may face is nothing compared to what she conquers each and every day. Her watercolor painting is the cover of “Write for the Fight.” I’m so proud of it.

What was the best moment since the publication of “Riversong”?

What was the worst moment in this journey between completed manuscript and publication of “Riversong”?

A friend passed an early version of “Riversong” on to a literary agent who subsequently ripped it to shreds. That was a cry-on-the-bathroom-floor kind of day. However, I got up off the floor and rewrote the manuscript, grateful for the feedback. That’s the most important thing–we cannot let early defeats keep us from trying again.