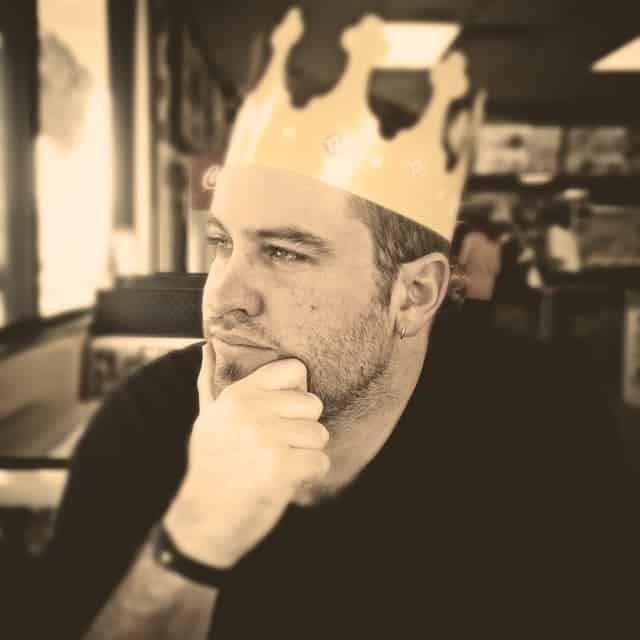 [quote style=”boxed”]I think we’ve all heard that culture is really important at least a thousand times. “Get the culture right. Don’t mess up the culture.” But most people don’t talk about the other side of this coin. If the culture is not a fit for me as an individual, I cannot expect it to change. I need to change.[/quote]

Thomas Knoll is the CEO and trust builder at Primeloop. Primeloop’s newest product, Retargeted Conversations, enables brands to show ads to the people who have not become customers, but are actively engaged in the online conversation around the brand.

Where did the idea for Primeloop come from?

At Zappos, I saw the business value of building personal connections with customers. During my nearly 18 years of building communities for brands and organizations, I have tried hundreds of tools that all disappointed me for two reasons: They either made everything about the charts and graphs — making it impossible to interact with individual people — or they let you reply to specific tweets or conversations but didn’t tie in to the deeper business.

So I built the first version of Primeloop at a startup weekend. We received first place from Kevin Rose (Google Ventures), Tony Hsieh (Zappos), Tom Anderson (Myspace), and Ryan Carson (Treehouse). A little over a year later, I built a team and turned it into a real company.

Typical? All I can say is that there’s a reason I gave myself the title of “trust builder.” Whatever I am doing each day, the result I’m working toward is building trust within the team, with our customers, and with the public.

Sometimes, I feel like my friend Chris Brogan, who describes his job as being a “professional typist.” Most of that work consists of writing down stories that hopefully inspire action, trust, and success.

It is all storytelling. I’m a big fan of asking, “What if?” Ideas come to life more quickly based on the number of people who own them. If I can convince one person that an idea is his or hers, that’s great. If I can convince 1200 people an idea is their idea, that concept is very powerful.

Honestly, I don’t know. Trends are sneaky. At the beginning, they’re exciting. After a while, they become another thing that needs to be disrupted.

Done is better than best. By nature, I am a perfectionist. I prefer not to do anything if I cannot do it perfectly. However, I have taught myself through brute force to get a shitty first draft out into the world quickly. Once it’s out there, I can improve it, delegate it, or invite people to help me refine it.

Back in the day, I had a job as a temp at U.S. Bank. I was processing all those loan documents that led to the housing crisis. I started as a temp, but four weeks later, I was managing a whole team of new temps.

I realized that protocols can be useful, but understanding why something is being done can usually lead to more effective ways of achieving the actual goal. I annoyed the shit out of my manager until I understood the goals, found better ways to get there, and trained a whole new team with that approach.

I am sure there are a thousand things I could have done differently, but I don’t really believe in harboring regret. I am incredibly happy with the team we have and where we are headed. We might not be here now if I hadn’t learned from previous mistakes and encountered the right people at the right time.

1. Only hiring people you trust.

2. Immediately firing yourself or the other person the second micromanagement or distrust comes into the picture.

2. Don’t believe for a second that you are special, invincible, or immune to ego, blindness, or the market.

3. Talk constantly to anyone and everyone who will listen.

5. Did I already mention that you should only hire people you trust?

I think we’ve all heard that culture is really important at least a thousand times. “Get the culture right. Don’t mess up the culture.” But most people don’t talk about the other side of this coin. If the culture is not a fit for me as an individual, I cannot expect it to change. I need to change.

At one of my previous companies, I fought the culture for too long. I allowed myself to believe I could change things. Ultimately, I had to resolve this by stepping out of the culture to pursue something with a better culture fit. I kept that lesson in mind when I started Primeloop, spending more than a year getting the team right.

Ideas are useless. I guess I just know too many people with lots of ideas, but they never act on them because they’re waiting for “the right idea.” Instead, just do what you love and do it better and harder than anyone else would ever dare.

I could go on and on about the tools I love. I love WorkingOn because it lets our whole team know what everyone is cranking on. We don’t have to waste any time in standup meetings talking about what we’re working on. People can offer to help when they see someone is working on something they can help with.

Along those same lines, I use the one-two punch of Fluid and Choosy to turn almost every website I use into its own application. I never have to dig through my browser to find something because I rarely have more than three tabs open.

I get that these aren’t very sexy, but the less time I spend fighting the tools, the more time I have to focus on storytelling and personally connecting with my team and my existing or potential customers.

I’d recommend “Letters to a Young Poet” by Rainer Maria Rilke because of quotations like this: “I can’t give you any advice but this: to go into yourself and see how deep the place is from which your life flows; at its source you will find the answer to, the question of whether you must create.”

All those teachers who sent home report cards that stated, “Tommy seems really smart. Now, if only he would apply himself.” Also, all those entrepreneurs in my family who infused hard work, integrity, and imagination into my blood heavily influenced me. Finally, all the people on my team who make me believe that anything is possible with enough focus and time.