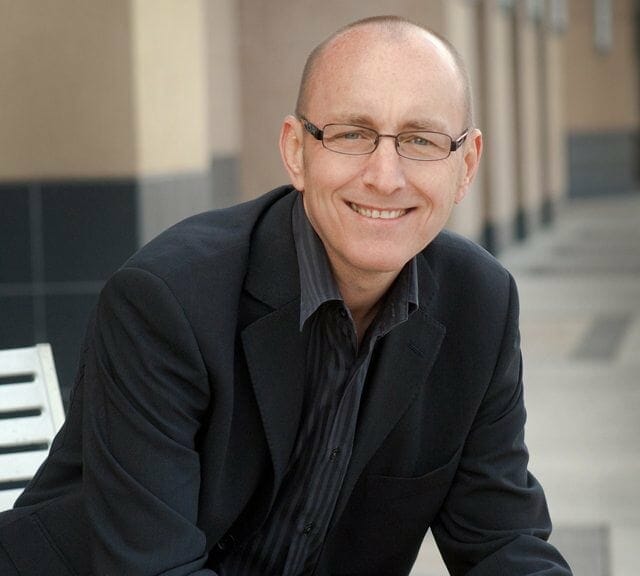 [quote style=”boxed”]Meditate! And no, I’m not joking. We all need a reset button. Work is a law of diminishing returns and nobody can be as productive late in the day if he/she hasn’t taken time to clear his/her head and have a mini-recharge.[/quote]

Tim Brownson is a life coach,  neuro-linguistics practitioner (NLP) master practitioner, certified hypnotherapist and international bestselling co-author of the book, How To Be Rich and Happy. He has been unsticking people since 2005 and runs ADaringAdventure.com, where he blogs about self development, while not taking himself too seriously and using a lot of humor.

I’m looking to put together a program of advanced self development techniques with another coach, but it’s very hush-hush, so please don’t tell anybody.

Where did the idea for A Daring Adventure come from?

The name for the business came from the Hellen Keller quote, “life is either a daring adventure or nothing.” I had always liked the quote and thought it was fitting, as I was leaving 20 years of sales behind to start a career in coaching and also because I was planning to leave the United Kingdom and emigrate to the United States. The idea for the business itself came when I was cracking up from stress and started to work on myself by getting a stress management diploma and then life coach training. I never intended to become a life coach, I just wanted the tools to help deal with my own issues.

I’m not an early riser and don’t normally get up until about 8:00 AM, after my wife has left for work. I usually do all my administrative tasks like responding to e-mails, following-up on client inquires and some social media first thing. Then when that is done, I take my 2 Dobermans for a walk. I have access to a huge 2 acre horse paddock where they can run loose, which is cool for all 3 of us.  I usually fool about with them, do client consults or post on Twitter while we’re there. My first client meeting is usually at 11:00 AM and after that I usually grab lunch. Then I typically have 2 more clients in the afternoon. Depending on the timing, I usually have a 30 minute meditation session squeezed in between clients or do some writing. Three or 4 times per week I hit the gym around 6:00 PM and on the days I don’t go, I spend a couple of hours writing before dinner and then ignore work at about 8:00 PM.

I honestly don’t know, they just seem to happen. I am very right-brained, very impulsive and love doing anything in my stream of consciousness. I know that sounds a bit lame, but I plan very little and I like it that way after years of lots of planning. That’s why if I get calls from potential clients who needs time management or productivity help, I let them know that I’m not the right coach for them.

I was a diesel mechanic working on agricultural equipment. I learned that I’m not a hands on working in the snow and cow crap kind of guy.

Probably get off my ass and hustle a bit more rather than sitting back and waiting for clients to come to me. Coaching is so insanely competitive now that if I was starting over again and adopted my original approach, I’d be dead in the water. Luckily for me, when I started there wasn’t anything like the competition I see today–and I had a very supportive wife.

Meditate! And no, I’m not joking. We all need a reset button. Work is a law of diminishing returns and nobody can be as productive late in the day if he/she hasn’t taken time to clear his/her head and have a mini-recharge.

What is one problem you encountered as an entrepreneur and how did you overcome it?

My blog got hacked about a year ago and that was very annoying, to say the least. I dealt with it by having people around me who knew what they were doing (namely, Tim Gary from mindcue.com) and could bail me out. Never underestimate the power of great people to support you.

When we moved into our house we had dozens of empty cardboard boxes that I ended up recycling. I thought it would be really cool if there was a website where you could list a cell phone number and the general area you live in and people who are about to move could call and arrange to pick them up. They get free boxes, the person that has just moved doesn’t have to dispose of them and there are no recycling costs incurred.

I’d take self development to the schools. We are shockingly bad at teaching kids the basics of self development. I’m in the process of trying to give away 1 million copies of a book I co-authored called, How To Be Rich and Happy. One of our target groups is high school kids because we want to show them that they can think differently. The book isn’t about material wealth, but about doing what makes you feel rich in spirit. So it’s not how would we go about it, but how are we going about it.

I’m not at all excited by Pinterest, that was a lie above. In fact, the thought of dealing with more social media is more likely to make me groan and bang my head on the desk. Can you throttle it, please? It may be brilliant, but I have enough on my plate. 😉

Buddha’s Brain by Rick Hanson because it connects the dots between the spiritual and scientific elements of meditation. You cannot read this book with an open-mind and still think of meditation as woo-woo; it kicks down all the barriers that many people erect. It is also a very easy read and not at all academic.

I really don’t want to answer this because I love so many people on Twitter and have so many friends that I’d feel bad about leaving people out. I’d rather say who not to follow, if that’s ok.

Stop following celebrities just because they are celebrities. If they post genuinely interesting material and engage their audience then fair enough, but it seems to me that most are there to feed their egos and talk to a very select group of people, mainly other celebs. There are exceptions of course, but not many in my experience and quite honestly, I hate celebrity culture.

That happens multiple times per day, in fact it often happens multiple times in an hour, especially with clients. I laugh a lot and anything can set me off, but the more left field humor, the better. I grew up with Monty Python and that has stuck with me all my life. The last time, though was about 2 minutes ago. A friend had posted on Twitter, “now think very carefully, where did you see it last?” with a link and nothing else. I had no idea what the link was and when I clicked through it was a story of about $250,000 going missing from a police station in the UK.

I suppose it is because it would be so difficult to police. However, I’d love to see it happen because there are too many coaches operating who don’t even understand the fundamentals of coaching.  They do know how to market themselves, though and therefore they can generate clients even if they don’t know what to do with them once they get them.

Do you think the St. Louis Rams will make the playoffs this year?

Jeez, I hope so. Ten years of misery is quite enough, thanks very much.