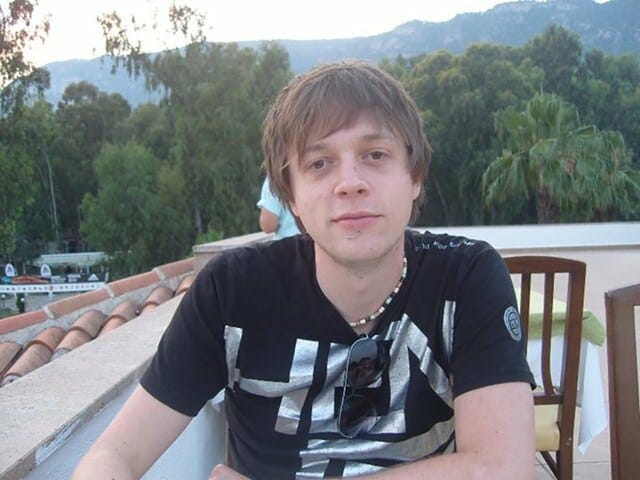 We don’t always agree on things, but everyone’s allowed the chance to explain their point of view, and I’m never resistant to changing my opinion. This is why I don’t surround myself with yes men – my team are all passionate about emble and want it to succeed more than they want to stroke my ego!

Tom Starley is CEO and founder of emble, an upcoming web app designed to take the stress out of planning events with your friends. The private beta of emble is due to launch mid-June, and signups are open now.

Tom is a Warwickshire-based businessman and graphic designer by trade. After leaving school, Tom attended college for a short while before deciding the courses weren’t giving him what he needed, and made the brave move of deciding to forge his own path. Largely self-taught, Tom has been at the helm of TKStarley, his own successful creative agency, for over a decade, and has worked on a huge variety of projects for some pretty big names. Tom worked as a solo practitioner for several years, and is an incredibly motivated self-starter.

The quality of Tom’s work marketed itself, as the majority of TKStarley’s business came from referrals from very happy customers. Inevitably, the workload got too much for Tom to handle alone, and he expanded his team in 2012 and again in 2013. However, the entrepreneur in Tom was constantly pushing him towards creating something truly unique that would benefit its users, and the idea for emble was born.

An entrepreneurial spirit runs in Tom’s blood – his great great great grandfather was John Kemp Starley, who is widely considered to be the brains behind the modern bicycle, and John’s uncle was inventor James Starley, who came up with the differential gear.

Where did the idea for emble come from?

The idea for emble was born completely organically – I play football every week with a few friends, and trying to get everyone organized was a nightmare. In addition to getting them to agree on a time, I also needed a way to collect money for pitch fees, and none of the existing applications were up to the job. Instead of simply complaining about how difficult it was and doing nothing about it, I decided to come up with a solution myself!

My working day right now is pretty full as we gear up to launch – I’ll start by grabbing a coffee and firing up Asana, which we use to manage tasks, then I’ll jump on Sqwiggle to chat with the team. We’re currently working remotely and Sqwiggle’s a lifesaver! From this point onwards, there’s nothing very typical about my day – sometimes I’ll be finalising design elements or making UX decisions with our developers, sometimes I’ll be working with the marketing team to spread the word about emble. The only thing my days have in common right now is that they’re all very busy, but very rewarding!

I’m very lucky to have a great team around me, as they’re who I turn to when I need to flesh out an idea (and it gives my girlfriend’s ears a rest)! We’ve been working together for a while now, and I trust them to tell me if an idea has legs or if it’s fundamentally flawed. As a designer, I’m a very visual person, so I try and get initial ideas sketched out, then try and work out how it will work logistically.

I really like the fact startups like Buffer promote dispersed teams – it allows the companies to hire the best of the best, rather than just the best of the local area. We’re currently working remotely and, whilst we try and meet up regularly, it’s going really well because of tools like Sqwiggle that enable us to keep communicating.

Because I’ve been working under my own steam for such a long time, I’ve developed the ability to step back when I need to. There are times when I’m working on something but feeling like I’m not getting anywhere, and I’ve found that the best thing for me to do when this happens is take myself off for a walk. Usually when I return I can attack the issue with fresh vigor, and get through it.

The first job I had was working at my local swimming pool. It wasn’t very mentally stimulating, and whilst I learned that I had a work strong ethic, I also learned that I’d have to make my career something I truly enjoyed – fortunately I’ve managed to do this!

I think I’d try and be more realistic about timings, and tried to find the best way for the team to work together from an earlier stage. Everyone seemed to be using different project management tools, and we wasted time trying to shoehorn each person’s tasks into one. It didn’t work, and I learned that it’s better for people to use the tools that work for them, and to ensure that communication is optimized.

I’ve found the ability to discuss things with my team completely invaluable, because they all provide different outlooks. When you spend a lot of time working on a project like emble, it’s easy to become so involved with it that you don’t see it in the way that an average user would – talking over issues with the team helps me develop a greater understanding of how other people see the product. We don’t always agree on things, but everyone’s allowed the chance to explain their point of view, and I’m never resistant to changing my opinion. This is why I don’t surround myself with yes men – my team are all passionate about emble and want it to succeed more than they want to stroke my ego!

Being based in the Midlands region of the UK, we’ve not been able to network in person in the way that companies in London, Silicon Valley or San Francisco do, so we’ve had to work harder to build our network. One thing we’ve done that has helped is reach out to fellow startups that we admire and try to develop a relationship with them – this has led to some fantastic feedback off some awesome people!

When we started emble, we began work with what turned out to be a very unrealistic deadline in mind. It became clear at one point that the way we were working wasn’t getting us anywhere fast, and I had to make some difficult decisions in order to start moving things forward again. We’re a lot less naïve as a team now, and we’ve also improved the way we communicate in order to maintain a good working pace.

I love the idea of a calendar that’s physical, but also translates to an app on your phone or computer as well. So you’d add things to the calendar in your house, and this immediately goes to your calendar in the cloud, as well as the calendar of your family.

I’ve recently discovered a passion for home brewing, and am currently working on my very first beer! I hold a bit of a festival every year in honor of my girlfriend’s birthday, and the first batch should be ready by then. I haven’t decided on a name yet – it’s a toss up between ‘Thunderclap’ and ‘Fist of Fury’. Suggestions welcome!

Asana for task management, remote communication with the team via Sqwiggle, Dropbox and Google Drive for storage and document collaboration, InVison for prototyping, and Buffer for scheduling social media posts.

Asana’s great for project management – we tried several other task management applications before Asana, and a few since, but we keep coming back to it! Sqwiggle’s preferable to Skype because it’s almost like we’re together in an office, and we really like the team behind it – they’re incredibly helpful and friendly. It might seem backwards to use Dropbox AND Google Drive, but we need both – Dropbox beats Google Drive for storage because it has selective sync, but Google Drive is perfect for when we’re working on documents together. It wouldn’t have been possible to build emble as fluidly as we have done without InVision, especially with a dispersed team. Finally, Buffer is a fantastic tool and the company has a great ethos, so we love supporting them.

emble’s pretty bootstrapped, so obviously Eric Ries’ The Lean Startup is like our bible! It’s been invaluable as we’ve been working towards MVP, and I’m really looking forward to the point where we can get this out the door and begin the process of learning!

I’m a big fan of some of my fellow entrepreneurs – Joel Gascoigne and Leo Widrich of Buffer, Eric Bieller, Tom Moor and Matt Boyd of Sqwiggle, Drew Houston of Dropbox, Clark Valberg and Jeff Bajayo of InVision, and the very helpful Ryan Hoover of Product Hunt.