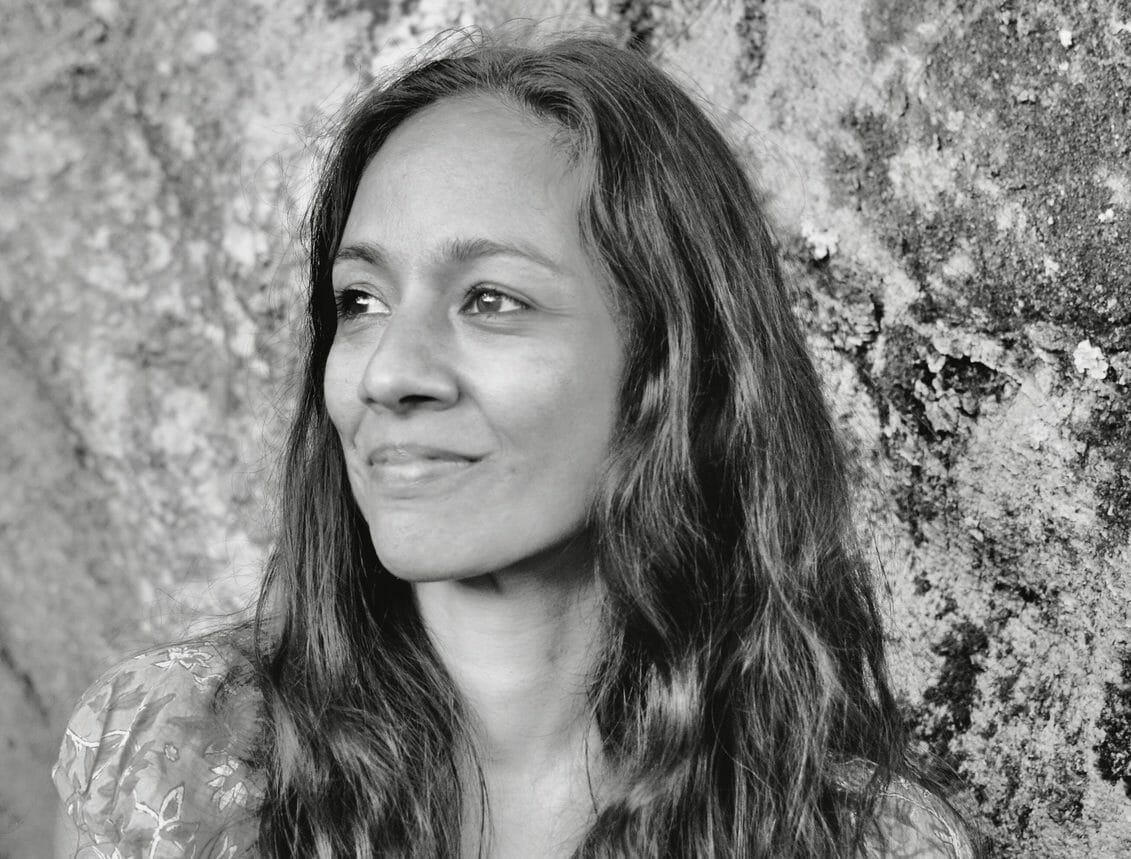 True desire for what works generates the will power to make it happen.

Uma Inder is of Indian descent and Hindu heritage. Uma has been practicing Yoga as a way of life since childhoods and guiding Yoga Sadhana for 30 years. Uma has successfully completed E-RYT 500 and has a Diploma in Ayurvedic Science (D.A.Sc). Uma is also a researcher of Kundalini Awakening.

With this knowledge, Uma Inder is the founding director of S.A.T.Y.A, a school for training students in the Synergistic Alignment of Tantra, Yoga & Ayurveda. This is where a focused group will apply the integrated principles of Tantric, Yogic and Ayurvedic science to understand serve the purpose of Kundalini Shakti. Following her initiation into Kundalini awakening processes of traditional Tantra in the late 1980’s, she apprenticed to her master for 14 solid years in relative seclusion.

Uma Inder had a less common path far from family, schools and cities. This path that led her to a 14 year long training in a secluded island in Bali, Indonesia which has been her home base for almost 30 years. Uma Inder is able to work with anyone, under any circumstance, and meet this person exactly where they are. She has what it takes and if you are willing to take the risk and be honest with her there is no limit to what you can co-create. Unifying both her esoteric background and modern-day credentials, Uma is a working broadcast for cosmic dynamics in a seemingly paradoxical world.

The name of my yoga training school spells out the word “satya” which means truth in Sanskrit. Satya is the guiding principle of truthfulness in word, thought and action.
The grounds of my life’s work is the ongoing, documented discovery of unconditioned nature, whilst integrating holistically, healthily into the world at large.
As an acronym, S.A.T.Y.A stands for the Synergistic Alignment of Tantra, Yoga and Ayurveda. S.A.T.Y.A is not so much a premeditated conglomeration of three ancient Indian sciences, as it is an excavation of the universal laws of correspondence, that work innately to network and unify these extant traditions in reality.

Every day feels like a godsend—not be taken for granted—no matter how challenging it may play out. I prioritize mine and my family’s wellbeing and make little and big choices to support the whole neurophysiological system. By waking up this early, I savor the mental spaciousness. I luxuriate in the sense of ample time to stretch, to yawn, to allow the ripening of that moment I ease my way out of bed to follow the calls of nature.
Unhurried, I give my body time to evacuate wastes in a relaxed manner, which is so conducive to the feelings of lightness, contentment and a renewed appetite for fresh experiences of the day ahead. Having washed my face and brushed my teeth, I can sit and meditate whilst the hot water is boiling for a detoxifying drink and for warming up the self-massage oil, before a steamy shower and cool rinse. Soft, loose and open, my body is primed for yoga asana and chanting. Breakfast is more easily digested having cleared the way and stoked true hunger.
I attain the majority of my targets for the day in the early to mid-morning when stamina and clarity work together optimally. By midday, I willingly plateau and make this time all about staying in the shade and cooking, eating and digesting. The afternoon is given over to my imagination and relaxation equally. I speak less, conserving energy and preventing stress before it builds to any form of excess. By sunset, a light dinner is already being digested and the evening is welcomed with candlelight or ghee lamps. Unplugging electronics to avoid hyper stimulation, the sounds of nature predominate to wash through my mind and nourish my senses.
The descent into deep sleep has begun by 9 or 10 PM lasting without interruptions until light dreaming might just take over after 2 or 3 AM. The dreams themselves can be either prophetic or a means to assimilate the learning gems of the day, week, month, year, and lifetimes.

I materialise my ideas through the sheer, combined force of knowledge, desire and action. Tested knowledge of what works builds my faith in the prospect. True desire for what works generates the will power to make it happen. Undeterred action in service of my aspiration delivers on target.

The trend towards transparency excites me.

To my younger self I would say, “Choose health!”.

The void is the embrace we long for.

Growing my business is directly related to team effort and a healthy transparency factor between committed, tested, self-responsible, mature co-creators.

In my early twenties, I willingly entered a bamboo and river stone hut in a Balinese river ravine for what was to become a 14 year long, radical process of exposure and dissolution, guided by my renegade tantric master.
Within the first two years, my thought and speech patterns literally dissolved, leaving me speechless and awe-filled. Unplugged, my mind space was thoroughly washed day in and day out with the unstoppable symphonies of bamboo in the breeze, the rivers cascading over rocks, the cicadas, geckos, mosquitoes, birds, bats, snakes. Rarely in those first few years, was I in the habit of speaking with other human in English other than my master. We did not speak much to each other either, rather we chanted in Sanskrit for hours of a day and often through the night.
When I re-entered the socialised world, I failed to integrate my world of experiences with a world who appeared to fear and hate what was not immediately understandable. I was brought to a hospital literally choking to death in shock at the difference between the real and the unreal and when I was released, I realised I had to overcome by re-learning how to communicate my fundamental, raw nature, without whitewashing myself, and or overwhelming others with my truth.
How to successfully communicate the diversity of my true colours and organic worth, in a world where “hurry sickness” predisposes many to sacrifice substance for style, and goodness for convenience. How to unpack a heritage seed when many people’s projections of awe come with strings attached and unreal demands that are set up to sabotage fulfilment.

My garden.
Caring for my garden in Bali, as a microcosm of the world, allows me direct influence as a caretaker of a whole way of being that is revered by Shaivite “Hindus” in India and Bali alike. This way of being recognises the human as a co-creative intermediary between the terrestrial and celestial dimensions.

Acuity.
I use it to schedule online consultations.

Prakruti: Your Ayurvedic Constitution by Robert Svoboda
Read it to discover the innate privilege, joys and responsibilities of being human, just as we are.