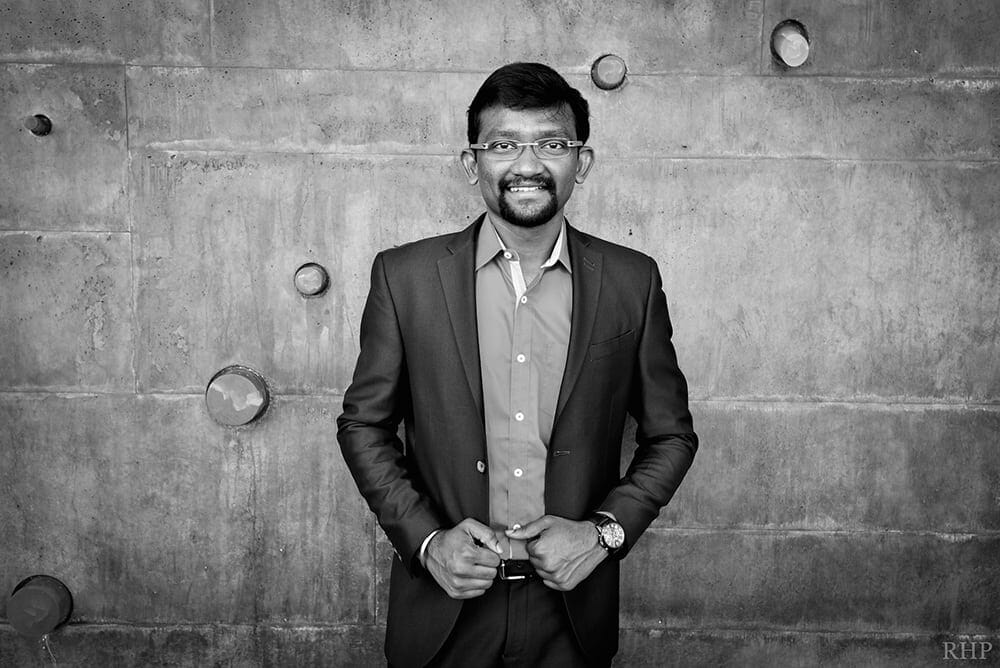 I believe in and live by a philosophy I call the 3Hs: humility, hunger, and the hustle.

Vivek Kopparthi is the co-founder and CEO of NeoLight, an empathy-driven technology company primarily focused on lean medical devices for newborn care. With a background in electronics engineering, he and his team developed the world’s fastest, most powerful treatment for infant jaundice. As an entrepreneur, Kopparthi oversaw organizations of 100-plus employees, served as a startup adviser, and consulted for global corporations.

It all started when Shiva, my co-founder, went to a hospital in northern India and witnessed a moving scenario. In one of the rooms, he noticed a stack of naked babies — crying, yellow, sweating, and feverish — being put under a blue lamp that was hung on a rope to be treated for jaundice. He inquired and found out that the hospital facilities didn’t have enough devices to treat jaundice, either because they were too expensive or they did not work in such resource-constrained settings. He approached me with this problem, which I perceived as an opportunity. We both decided to take this up as a challenge.

I categorize my days efficiently. For example, I try to focus Tuesdays and Thursdays on execution and internal operations, sitting down with my teammates and making them feel facilitated. All my brain thinks about on the remaining days is “How do I make this bigger?” I focus on getting some strategic partners, raising funding, accelerating the sales channel, gaining influencers, etc.

I delegate and prioritize work efficiently to enhance productivity. I trust my team members and think they would do a better job than I would. I push the boring, not-priority emails to Saturday afternoons by using FollowUpThen ).

I only bring ideas to life that I believe in. One of my key skill sets is strategic thinking. When I’m passionate about something, I strategize, plan out all the viable pathways, identify the most efficient, and deliver. Sometimes, passion is contagious; my team gets the drive and puts down the muscle as a result.

TOMS’ conscious capitalism is exciting. Can you imagine if all healthcare companies made frugal versions of their tech and donated X amount of money to Africa every time they sold Y amount in the U.S.? The impact of such a simple move is enormous. We follow this trend in our startup, and I’m pushing all my friends to follow suit.

I believe in and live by a philosophy I call the 3Hs: humility, hunger, and the hustle.

The single most important quality that any individual should have is humility. People think that humble people don’t really have the balls to do something big — that they’re too soft and quiet. Well, those are two mutually exclusive items.

I believe that the yearning, the hunger is what drives me toward the goal. I feel like I want it and think about how cool it would be to have it — a quality or thought process that validates my plan and gives me the drive.

I believe that “hustler” is a good metaphorical synonym for the word “entrepreneur” — it is the sole skill that differentiates a complaining crybaby or a lost Mr. Nice Guy from an entrepreneur en route to success.

What was the worst job you’ve ever had, and what did you learn from it?

I never took on work that I didn’t like or wasn’t good at. When we hired our first full-time associate, we didn’t gauge whether she liked to work in a startup environment. She compared everything to a Fortune 100 company and expected us to behave like one. It was a colossal cultural misfit. We had to terminate her within a few months, and she gave us a bad review on Glassdoor. Looking back, I feel like I was too naive and shortsighted in that scenario.

I would have had more fun and partied instead of being all “work, work, work” in the early startup days. I wouldn’t have turned down that demanding, super-hot girl I liked — ha!

Bootstrap as much as you can. During the first 18 months of my startup, I took the first bus to and the last bus from work every day. I used to sleep on the floor. My co-founders gave me rides, their parents gave us food now and then, and the world was kind to us. I believe that bootstrapping brings the team closer and brings out more collective creativity. If I have one thing that no other startup has in the world, it’s my team — bootstrapping adds a magical glue to everything.

Not getting too excited, not being desperate, and being patient have helped us close several deals. Over the years, we’ve had several WFIO moments. If and when an opportunity came in one of those moments, we would never reveal our desperation or excitement for the opportunity. We would behave as if we had nothing to lose — as if we had all the time in the world — thereby giving us more power and leverage to nail the opportunity.

We started NeoLight on August 12, 2014, and pitched to a VC for big money two months later with a shabby prototype, a half-cooked plan, and an old-school Google Sites website. I got yelled at, and the VC walked out of the room. I was naive and did not prepare well. I didn’t do the homework on what an investor would want or the facade I should project.

For the next nine months, we went into a box, built the product, built a perfect plan, added a good team, brought in some solid strategic partners, and pitched a vision to the investors, raising money successfully. I took the first rejection in a positive, open-minded way, which I think is a key skill that most young entrepreneurs need.

What about a forum that lets small groups of entrepreneurs put aside a tiny bit of their equity in a common bucket? By using the same VC logic — if one startup succeeds, the common bucket gets a good return — I could get a small return even if my startup failed.

I paid a freelancer on Upwork and saved a lot of time. As an entrepreneur leading a company in growth mode, my time is critical. One needs to strike a balance between saving money and getting the game bigger.

Slack is simple and sexy. Wrike is complicated and boring, but the tech team loves it.
FollowUpThen helps me put aside emails for a later date, and Wunderlist helps me track tasks easily.

“Venture Deals” by Brad Feld. If a young entrepreneur is raising money, he needs to know everything a securities lawyer and investor would know about investing. This book is simple, clean, and to the point. No fluff.

Gary Vaynerchuk: The most common thing I did every day over the past two years of my life was read anything and everything he posted. This guy is money!

Elon Musk: He reminds me that entrepreneurship is not about how smart you are; it’s about how brave you are.

My dad: If there is one person who roots for my success always, it’s him.

Sethuraman “Panch” Panchanathan: The executive VP of knowledge enterprise development and the chief research and innovation officer at Arizona State University, his inspiring speech on the day I began school at ASU motivated to think beyond what is average. To aim for the sky and to hustle constantly are always lingering on my mind.