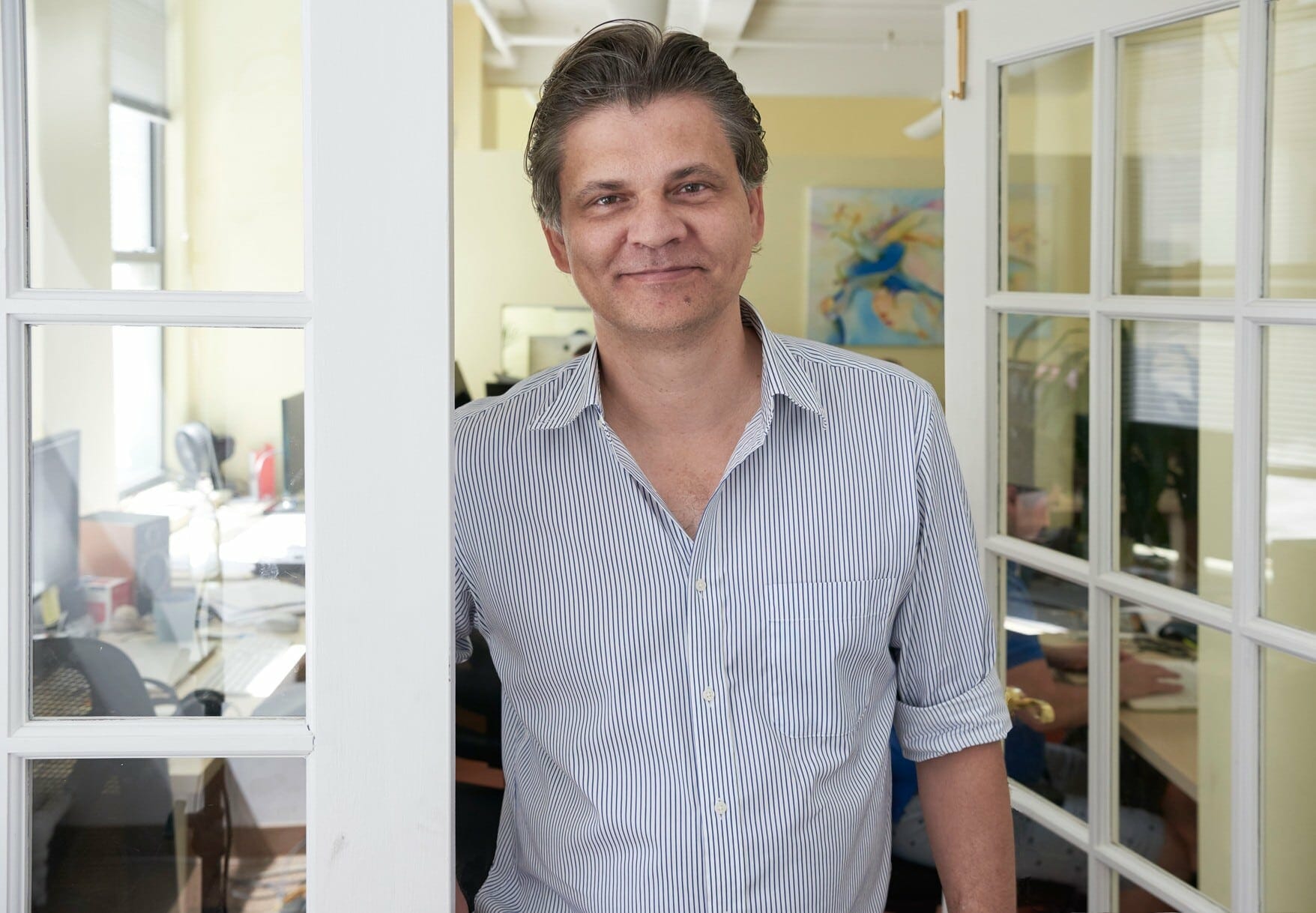 To bring an idea to life, you need to make it a story. And the first step in telling a story is asking yourself: who is the hero? What is the vantage point that is most compelling for this message?

William Gadea was born in Peru and grew up in Australia and the Dominican Republic, before coming to the United States to study at film at NYU. Not long after graduating, his interests turned to playwriting; he wrote and produced many works for the off-off-Broadway stage. While he never really fell out of love with the theatre, but he did fall out of tolerance with his day job. Feeling the need to find something creative and remunerative to do with his life, he started taking adult education courses in digital animation. He developed a portfolio and started shopping his services around. What followed was a career in children’s television that included work on MTV, Nickelodeon, PBS, and Comedy Channel shows. His work spanned the whole animation pipeline, with credits for editing, compositing, animating, producing, and directing.

In 2006, seeing the online video boom coming, he started offering his freelance services to companies. Starting in 2011, he began to build the IdeaRocket team. From their midtown Manhattan studio, IdeaRocket has served more than twenty Fortune 500 companies, including brands such as Ford, MetLife, Citibank, Ralph Lauren, and Tiffany & Co. Gadea lives in New Rochelle with his wife, Jennifer.

Where did the idea for IdeaRocket come from?

We used to be Homebaked Films, but at a certain point it didn’t seem apropos any more. We weren’t home-based, and we didn’t use film. IdeaRocket seemed like a good description of our aspiration to put companies’ messages into orbit.

The typical day includes a little bit of everything, which is what I like about my job! I might write a script, give some notes on an animation, pull some marketing levers, get on a sales call. What helps most in making it productive is that I start each day with 30 minutes of meditation. I get to work before everyone else, I pull out my zafu and zabuton from the closet, and I sit.

To bring an idea to life, you need to make it a story. And the first step in telling a story is asking yourself: who is the hero? What is the vantage point that is most compelling for this message?

This is going to be the century of robotics. It’s exciting, but in terms of the dislocation it’s going to cause, it’s also a bit scary. Driverless cars are going to make transportation faster, cheaper, and more pleasant ¬– great! But it will also put as many people out of work over the next 10 years as were put out of work in manufacturing over the last 25 years. We’re not even beginning to deal with that.

I get good sleep and give myself the time to recharge.

Get your acne treated!

AI is a legitimate threat, but not in the way most people imagine it: it’s not going to be Terminator-style robots. We anthropomorphize artificial intelligence too much; we think it’s only intelligent if it’s like us. But what if there is something that is really dumb but ruthlessly good at replicating itself, and getting better at replicating itself. It would use the same mechanism that created us – evolution – but it would super-charge it by effectively running through many generations of code per day. I imagine an amorphous mechanism, with no personality or consciousness, living under the ground – not really trying to destroy us, but because it needs to steal our power and raw materials to thrive, it would literally undermine our world. That’s my cheery thought!

The thing I do over and over is do things over and over, regularly. An effective life is a life of habits, because nobody can make much of a dent with one-off efforts. I treat myself like a lab animal, giving myself rewards for the repeated behaviors that are constructive. The Power of Habit is a good read for learning how.

Pay-per-click was what really gave me my business, and it’s still where we get most of our leads. I’ve always been trying to diversify the channels though, because it scares me to really too heavily on something so prone to price fluctuations.

I probably shouldn’t have signed the contract with the clients that seemed like cokeheads. (Or maybe asked for payment in advance?) As a service provider, you get burnt on payments sometimes. I don’t get as angry about it anymore; I just do what I have to do to collect, and if it still doesn’t work, I let it go.

I have so many! (And all are worthless without good execution.) Here’s one in the restaurant business, which is surely ripe for disruption. Rent 2nd floor dining room/kitchen spaces to cooks who offer set menus at set times – just like a dinner party, there’s no choices to make. You can book a meal online and read/write reviews of the cooks/menus. You would be able to invite friends to join you, and see what attractive strangers are going to be there, so you leverage the social graph. The house would sell the booze, which is where the real margins are. There are so many chef manqués who would be eager to show off their cooking, and maybe make a little money. They would promote the thing for you. What’s the tagline? WeWork for restaurants crossed with social media, maybe?

Can I cheat and make it $200? Recently bought a Sonos One that works with Alexa (and potentially, could work with Google and Siri too.) I think it’s really smart of them to create a multi-platform device.

I have a bit of an Excel fetish. I don’t care what you think… it just excites me.

I’m sure it’s been recommended before on this space a ton of times before, but Jim Collins’ Good to Great is a very good business book.

Here’s what I aspire to:

“A leader is best when people barely know he exists.
When his work is done, the people will say:
Amazing! We did it all by ourselves.”

• A high-impact life is a life of habits.
• Storytelling is about finding the most compelling vantage point
• For maximum productivity and life quality, take time to recharge
• Technology is exciting, but we have to manage its side-effects