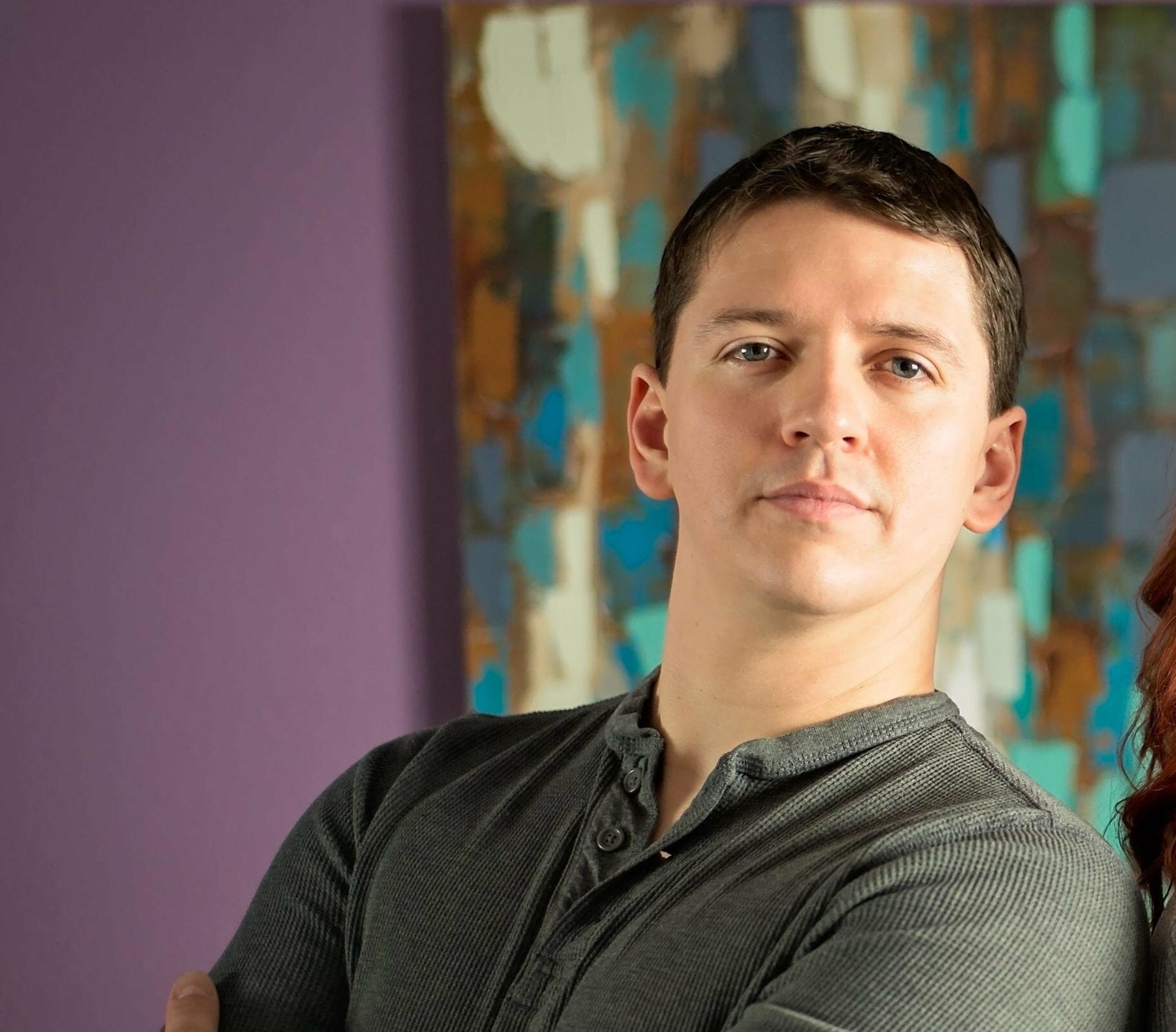 You can’t shortcut a short cut, and sometimes you just need to stay on a task until it’s done. While I don’t have ceaseless energy, I never quit once I set my sights on something.

A jack of all trades, and working on mastering as many as possible, William Hopp owns a media studio, Collective Minds Media, which focuses on indie art of all kinds. A writer, producer, and director, he produced a feature film, Abductee. A lifelong fan of movies and video games, Frameless was an idea that was inspired by his inability to find a decent way to hang his collection of movie posters and stills, comic books, and art prints that were hiding in his closet. Armed with an far-reaching imagination and tireless ambition, William keeps himself busy with a plethora of projects, Frameless being his current passion.

I actually invented Frameless for movie stills that I had on my wall in a unique collage using tacks and mounting putty. I was relaxing on the couch for a nap before work and staring at the stills, unhappy with how they looked. I figured there had to be a better way to show them off, but my hours crawling the internet revealed nothing that could offer a borderless option with the ability to collage. Later that night at work, I started getting ideas, and after a few days of sketching designs, I had the really rough concept that I figured would work.

I work nights, so my day is often split in two. I’ll get up as early as I can, 9 or so, and make coffee, then go over in my head the most pressing matters to take care of. I handle those first, and then dig into the rest of the ever-growing list of tasks, until I get ready for work at around 3:15. After I get home from work, I’ll usually try to finish my night with doing things that are medial, like spreadsheet work, or creating copy for the website. I’ll usually get too tired to work around 3-4 and crash until the next day. Honestly, it’s hard to get side tracked, because when you’ve got so much to do, you don’t let much else distract you.

Planning and action. I like to plan things out, set them up to be done in the most efficient manner, and then execute. I learned how to properly plan for myself years ago, and it worked really well when I produced my first feature film, Abductee. I find that as long as I have a game plan, I can accomplish most anything.

The Artist Alley at Comic Cons. I actually didn’t start going often to them until right after I conceived of the idea of Frameless, and it was amazing to see all of the fantastic art that is being created by the artists. They have a dream, and they are incredibly creative. Frameless became a way for me to support them, because finally it’ll allow the artists to have a framing company dedicated to them, and their art.

I’m a work horse. I learned that you can’t shortcut a short cut, and sometimes you just need to stay on a task until it’s done. While I don’t have ceaseless energy, I never quit once I set my sights on something.

Start finding solutions to things, now! Frameless came about because I wanted a solution to a problem that I had, and looking in the past, there are so many amazing things invented in the last decade, that if you’ve got a problem, look for a solution. If none exists, invent it.

You come first, period. Don’t get me wrong, being kind and generous is a way of life for me, and should be for everyone. The golden rule evolved, treat everyone better than you wish to be treated. But if you are so stressed and financially strapped in your own life that you can’t give much to others, you’ll end up adding to their stress. And this goes for current events. We live in a world that is hyper connected, sometimes too connected. We are letting ourselves get pulled down rabbit holes every time we are online, and it’s taking over our day to day lives. Take care of yourself, what you put in, and what you get out, and if you’ve got time for others, give freely and generously. But I didn’t start to get really productive in my life until I made myself the priority, and controlled what I put in.

Exactly that, do it over and over. What I mean by that is consistency is key to being an entrepreneur. Be it an invention, traditional business, writer, or any of the other ways you’re making your way in life, you have to do what you’re doing every day and create the habit for success. I never take too much time away from my goals, be them Frameless or something else, because that’s what separates success from just a good idea.

Adapt quickly. If something isn’t working, change it and do it now. The world won’t wait for you to figure out what you did wrong, just accept that it’s not working and move on. That’s a hard lesson we’ve had to learn for Frameless. It’s tough enough to start a new business, but one that has a product that doesn’t exist on the market is nearly impossible. We thought we knew exactly how we were going to market Frameless and we were wrong. All of our video and picture assets had been designed for the previous marketing in mind, and we’re reinventing how we handle our marketing.

Our first Kickstarter launch didn’t work, not even in the slightest. This is where we learned to adapt quickly. We had to swallow our pride, realized that we didn’t know everything, and that success wouldn’t be carried on the back of a good idea alone. We didn’t have the $10 million dollar Kickstarter, and we weren’t going to. So, we find ways to decrease the amount that we were asking for, went to our backers and friends and flat our asked them to back us again, and revised the content in the Kickstarter to be more streamlined and easier to understand. We got funded the second go around.

A proper one stop search engine for art of all kinds. One for every “that movie with that one guy” or “what’s that song that goes, la de dee, la de daa.” Something similar to Wikipedia, that everyone can add to, but that can adapt, create new categories on the fly, and new ways to search. I can’t tell you how many awesome art prints I’ve got that for the life of me I have no idea who created them.

Art prints. There was an artist that I was a huge fan of, and I wanted to use their artwork to create a custom collage. That would require me getting the digital file and breaking it into several parts. So, instead of just asking him, I showed him how much I loved his work by buying $100 of art prints from him, and then I asked him. It sounds simple, but I wanted to support him financially, for full price, because of what I was asking from him.

Excel. Once I figured out how to use it the right way, I create an Excel sheet for nearly everything I do. Currently, I’m working on it to have a sheet that will connected to every piece of artwork I have in my library, with the artist, the size of the work, tags that they use on social media, and the social media outlets they use online. But I’ve used Excel for everything from simple accounting, to predictive business modeling, even to create a dynamic allergy chart for a restaurant where all they need to do is plug the ingredients into a sheet and the master sheet will tell them the allergies associated with the dish.

My knee jerk reaction is “How to Win Friends and Influence People” by Dale Carnegie, but it’s actually going to be his less popular, but more impactful “How to Stop Worrying and Start Living.” It really helped me understand stress, how it affects me, and what I can do with real world examples to combat stress. It’s useful for everyone, not just business professionals.