Founder of The Institute for Responsible Citizenship 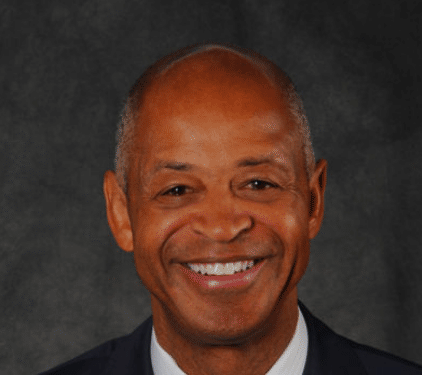 William Keyes understands the passion it takes to leave behind the familiar in favor of searching out a better world. Keyes hitchhiked his way from his hometown of Washington, North Carolina to Washington D.C., fiercely determined to build a career in public policy.

Four decades later, it’s fair to say that he succeeded. In the years since that journey, William Keyes has worked on Capitol Hill and as a White House Senior Policy Advisor, provided insights as a private consultant, and emerged as a trusted voice in higher education. Above all else, Keyes is known as the founder, president, and driving force behind the Institute for Responsible Citizenship — an intensive leadership program that gives young African American men the skills, exposure, and opportunities they need to build extraordinary careers and contribute to the betterment of society.

For 17 years, the Institute has pursued this mission under Keyes’ leadership. Over 200 students have become a part of the program’s far-reaching network. Alumni have earned recognition as Rhodes and Fulbright Scholars and graduated from America’s top-ranked graduate and professional programs. They are lawyers, teachers, doctors, and entrepreneurs. They stand at the forefront of a rising generation of leaders who will guide us to a better future.

The Institute for Responsible Citizenship remains the proudest aspect of Bill Keyes’ career, and one that has earned considerable acclaim over the years. Keyes has received several awards, including the Mac A. Stewart Distinguished Award for Service from the Todd A. Bell National Resource Center on the African American Male at Ohio State University, Dr. Asa G. Hilliard Model of Excellence Award from the College Board, and the Warrior Award at the International Colloquium on Black Males in Education.

Aside from his work with the Institute, Keyes has maintained an active presence at the University of North Carolina at Chapel Hill. He is the only person in the university’s 225 year history to earn a Ph.D. while serving as an officer and committee chair on the Board of Trustees. He also created the Leadership Program and has served on several other boards at UNC.

Where did the idea for The Institute for Responsible Citizenship come from?

Sadly, some of the most talented African American male college students are ignored and neglected. Though these young men need as much guidance and support as anyone else, too many people look at them and say, “They will be fine. I’d rather focus on young men who really need my help.” Or, talented young men are often ignored in favor of those pursuing futures as athletes or entertainers. I had the strong desire to recognize and reward young African American men who are working hard and achieving great success in and out of the classroom.

Almost every day includes telephone conversations with some of the 200+ young men who are alumni or scholars in the Institute. Some of them are the first in their families to attend college and almost all of them, regardless of their socioeconomic status, are making academic, professional, or life decisions that require advice beyond their immediate networks of family and friends. I am blessed to have had a lot of exposure and experiences that enable me to offer advice in a range of areas. I also have a wonderful
network of friends — from the Supreme Court to Wall Street — who can help. The other telephone calls include those in which I am recommending our alumni for Internships, prestigious fellowships, or jobs. And increasingly, I am counseling our alumni on matters such as how to deal with difficult employees.

I bring ideas to life by convincing talented young men just how talented they are, showing them the tremendous opportunities that are available to them, inspiring them to take advantage of those opportunities, supporting them on their journey toward success, and constantly reminding them that the purpose of their hard work and success is to be a blessing in the lives of others. My ideas come to life as my alumni are serving as lawyers, doctors, pastors, journalists, teachers, businessmen, and in so many other capacities in which they are making a difference.

During the coronavirus pandemic, many organizations started using media like Zoom to conduct meetings. Schools and universities shut down their campuses and moved their classes online. These experiences may lead to a greater acceptance of mediated communication and a greater likelihood of the Institute succeeding at connecting students in multiple locations for new programs. Having General Colin Powell or Congressman John Lewis engage a few hundred students in several cities around the country at the same time rather than 12 or 24 students in their offices is an exciting prospect.

I speak to everybody. I meet tons of people and learn about their life stories and the keys to their success. The large number of conversations I have with people from various walks of life constitute my research database, giving me a bank of information on a wide range of topics that inform the advice I give my scholars and alumni.

Get all of the education and credentials you can get as quickly as possible. Then, the quality of the opportunities that come your way will be much greater, allowing you to build a great life and career faster.

That politics is not our savior. Our lives are richer in almost every way because of the brilliance of entrepreneurs. They are the ones who have created vaccines, surgical devices, computers and software, the automobile and airplane, air conditioning, works of art, and so many other things that make our lives better, though we take those creations for granted. It is easy to quantify that the people and communities who have focused more of their attention on entrepreneurship have fared better than those who have relied heavily on political action. Our lives are also richer because of teachers. When I was a attending segregated southern schools as a kid, my teachers saw themselves as being on the front lines of the civil rights movement. It would be the young men and women they taught who would help the movement succeed and who would walk through the doors that the movement opened. I could go on about the important roles that private individuals have played and continue to play. Politics and government are important, but I think most people have an exaggerated view of their importance.

Get out of the office and get out of the house. Meet people. Some of the best ideas and collaboration come from human beings with whom you make a sincere connection, often in a nonbusiness setting.

This is a tough question for me because I was never focused on growth. I have selected only 12 young men for my Institute every year. I’ve been focused on intense differencemaking in the lives of one young man at a time. The network has grown, not by admitting more students but by continuing over a number of years. To date, we have operated 17 summer sessions in Washington, so we have more than 200 alumni. The next phase is the establishment of weekend programs in cities around the country. Thanks to the generosity of the John M. Belk Endowment, we established programs in Charlotte, Durham, and Greensboro, North Carolina for young men who attend the colleges in those cities. These weekend programs have been superb, and we are currently serving more than 100 students across those three cities. So now, we are looking at building this model out to Washington, Baltimore, Philadelphia, Pittsburgh, New York, Boston, Chicago, St. Louis, Atlanta, Nashville, Dallas, Denver, Los Angeles and the San Francisco Bay Area over the next five years. That will take far from 12 scholars at a time. I think it is important to note that our ability to develop strong and lasting partnerships in those cities is improved exponentially by the success we’ve had in our core program. That took time.

Ok, here’s a business idea that has nothing to do with my work. I have two young grandsons and I love to put them in my car and take them out with me. The problem is that the installation of baby car seats seems to require an advanced degree in Engineering. Could someone please create a car seat that would be simple to install and fit every type of vehicle?

I didn’t spend it. I gave it away. There are so many people around us who have so many needs. They might be students in my Institute who are making A’s at top ranked universities but struggling to survive while they do so. Or they might be people we see on the street. I must admit that I’m selective about whom I give money to, but I give away a ton of it. There is nothing I have that I am not willing to give away or use to be a blessing to others. It is also true, though, that there is nothing I need or even want that I don’t have. Coincidence? I don’t think so.

The telephone. Email, text messaging, and social media are more efficient media for sharing information, but when it comes to important relationships, nothing beats hearing another human voice on the phone. Except seeing them face to face, of course.

Dale Carnegie’s How to Win Friends and Influence People. It resonated with me when I read it almost 50 years ago and I’m still recommending it today.