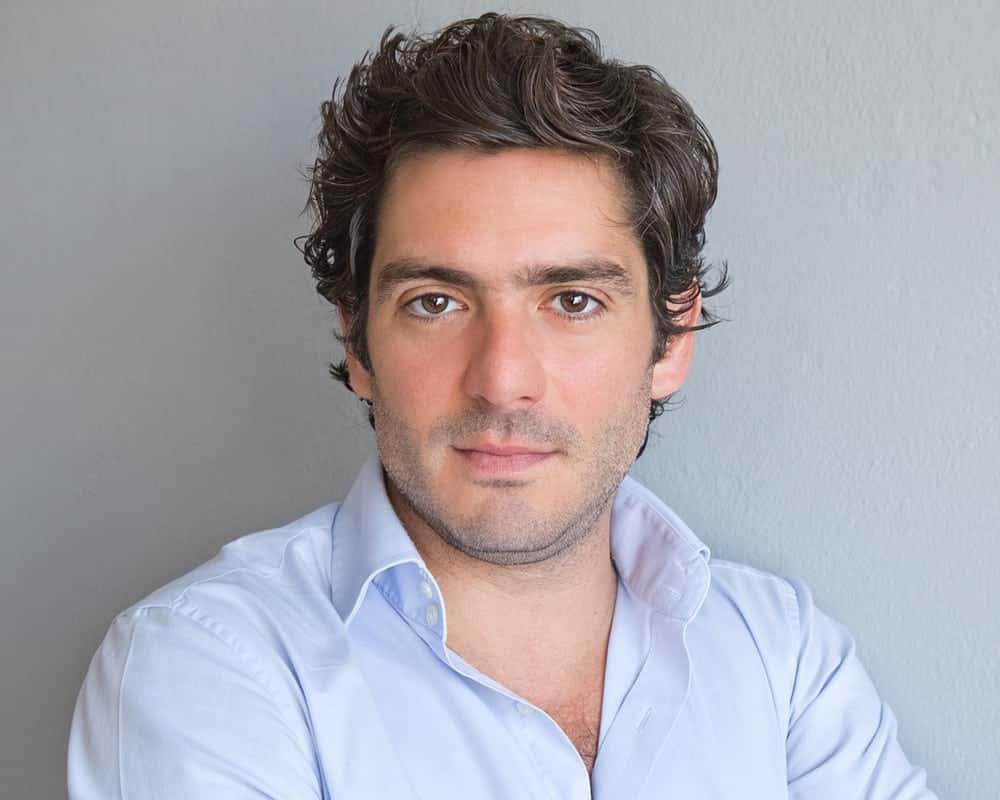 You need to push yourself as an entrepreneur because no one else will.

Xenios Thrasyvoulou is the founder and CEO of PeoplePerHour, the U.K.’s largest marketplace for freelance creative. The company has offices in London, Athens, and New York and has raised over $10 million in funding.

SuperTasker, an offshoot of PeoplePerHour, is a next-generation end-to-end marketplace that allows customers to hire curated experts to complete high-quality digital tasks in just one click. The platform is like the Uber for digital work. It uses algorithmic intelligence to set the market rate and allocate the work to the most relevant available talent in minutes, cutting out all friction in the search and selection process.

Xenios is a thought leader in the burgeoning sharing economy, the labor market, and entrepreneurship at large. He has been interviewed by and featured in high-profile publications, including Forbes, the Financial Times, BBC News, Bloomberg Business, and Business Insider. He is also an avid blogger, artist, and regular contributor to the Huffington Post, Forbes, and WIRED. He holds an MA and MEng from the University of Cambridge.

Where did the idea for SuperTasker come from?

SuperTasker is an evolution of our parent product, PeoplePerHour, a classic two-sided community marketplace where users can post a job and get proposals from freelance talent that will complete the job remotely. Our edge is that we curate all the freelancers and have a big focus on only allowing the best to qualify for and stay in the marketplace. Small businesses use SuperTasker to outsource anything from a quick design job to managing big remote teams on an ongoing basis.

SuperTasker arose to serve a subset of jobs in which customers aren’t as worried about who does the work — they just want it done! This includes things like small design tweaks or one-hour fixes to templated sites, such as WordPress, Joomla, and Magento. The way we solve the problem here is through tight curation and definition of the deliverables up front, relieving the customer from the effort of finding someone and weighing him against other candidates. With SuperTasker, you literally complete a form, and we take it from there. The task usually gets picked up within three minutes, and most deliverables are returned within one hour.

I start early because we run engineering out of Athens, which is seven hours ahead of Eastern time. I tend to have early cross-Atlantic calls with the teams in Athens and London while it’s still daytime for them. I normally take a break at lunchtime to have a quick workout, and that sort of resets my day. My U.S. day begins around 2 p.m.

We have a culture where we encourage the flow of ideas and a lot of discussion. Great ideas take time to mature and need a lot of conversation, so we allow everyone to chip in ideas about a problem we’re trying to solve, then get around the table (or on Skype or Google Hangouts) and hash them out. You can’t structure that process too much; otherwise, you kill creativity. It’s about having short but frequent conversations — with research and analysis to validate assumptions in between.

I think the sharing economy is a trend that we’re just at the beginning of. I find the idea of making use of “waste” in an economy not only brilliant, but also quite potent and disruptive. What was once waste (e.g., your spare bedroom, your spare time, or things you created for fun like art and crafts) is now being amassed on a grand scale for collaborative consumption on sites like Etsy, Airbnb, Lyft, PeoplePerHour, and SuperTasker. I think it will find itself in many more verticals and disrupt them much in the same way that these companies have.

Waking up with complete amnesia. I forget yesterday’s to-do list and rethink my priorities every day. A lot of people make the mistake of constantly playing catch-up and living in yesterday’s leftovers. Backlogs never go away completely. The only way to live in the future is to ask yourself “What really matters today?” instead of “What didn’t I have time to finish yesterday?” By asking the right question, you’ll find that you focus on much more important, timely things.

I only had one job before starting my own company at age 23. I worked as an industrial engineer in a big production plant. I hated the slow pace at which things were moving. I found it depressing, so I quit. I learned that if I don’t do something that I can see the impact of, I will be miserable. So I did it!

I don’t have any regrets. I value every step of the journey I’ve taken to get here. That’s not to say that I didn’t make mistakes — you can’t get anywhere without making (and learning from) mistakes.

However, I think if I went back, I would probably make the move to starting off in the U.S. much earlier than I did. I went to university in England, so the natural thing was to stay and start there after I graduated. But Europe is a tough market for entrepreneurs. The mindset of conservatism, the fear of failure, the taboo against entrepreneurs — all that really drained me. That said, it probably also toughened me, so now that I’m in a place where there’s such a ripe, upbeat ecosystem for startups, I feel more prepared to make the most of it.

Reflect and improve. Being at the top can be lonely, and it’s hard to get feedback because you’re everyone else’s boss. So it’s really important that you think through your actions and beat yourself up a little about the things you could have done better to improve. You need to push yourself as an entrepreneur because no one else will.

If I have to pick one, it’s our constant and unwithering focus on innovation for the customer. We had a focus on creating a better product for the customer from the start and worked hard to constantly improve the experience, adding new features and removing old ones that didn’t work as well as they should have. If you focus enough on building a better product, you eventually win customers’ love. It’s not the only thing that matters; sometimes a second-rate product does win, but never in the long run. If you want long-term success, you need to constantly innovate (especially with technology, where things move really fast).

My first company (a concierge service for consumers and businesses) didn’t really work. But I didn’t want people to lose money and carry that baggage on my shoulders, so I rolled over the shareholding of those who invested in my old business into the new one and offered them a restart with a chance to co-invest alongside myself and new investors on a pari-passu basis (i.e., on the same terms). The ones who accepted the offer appreciated the gesture and eventually did well. Although I had a business that failed, I never had a company that failed. People never lost money. We often blur the distinction between the two.

If I had one, I’d do it! I can’t say that I have a ripe idea ready to give away, but I have a pretty good idea of which spaces will grow. Certainly, the sharing economy will become much bigger. I also think that simpler online and mobile models that deliver fewer options and better-designed alternatives for less will disrupt many household brands in consumer goods. What Warby Parker and Harry’s razors are doing are good examples of that.

Taking senior executives at other successful startups to lunch. That’s the best way to learn about a topic that they’ve mastered but you’re less knowledgeable about. In most cases, you crunch in much more in less time than if you read a book. Plus, you have more fun.

I use too many to list here, but I’d say at the top of my list are Evernote, Gmail, Google Hangouts, Skype, and Trello. All of these have one thing in common: They allow me to work and collaborate with our distributed team efficiently and simply. As teams become inherently more distributed and remote, these tools will become more important.

“How to Get Rich” by Felix Dennis. The title doesn’t really do it justice. It’s really the autobiography of this self-made publishing mogul who achieved great success in an unconventional way. I think his way would be a great lesson to today’s entrepreneurs who are (in many cases) caught up in the startup euphoria. They get obsessed with raising too much capital and confuse that with the goal instead of business success, which should be building value for customers and stakeholders. He talks bluntly and says things with no sugarcoating, so it’s a refreshing must-read for every entrepreneur.

Richard Branson. “Losing My Virginity” was one of the most inspiring books I’ve read. Branson is an unconventional entrepreneur to today’s build-to-flip mindset. He’s one of the few true empire builders of our generation who made it big not by stumbling on one big idea or one invention, but by doing it again and again in multiple unrelated industries.

He’s bold and ruthless and takes calculated risks like no other, and he isn’t afraid to fail. Most businesses eventually die because they get complacent and stop reinventing themselves, and that’s because few are run by personalities like Branson.

Felix Dennis is another one, and so is Steve Jobs — particularly when it comes to product innovation and disruption. Jobs had some serious flaws as a person, though, so not all of his practices should be envied or replicated.