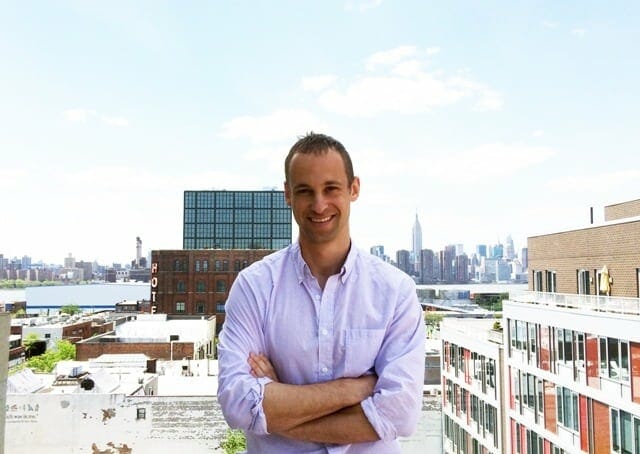 If I’m stuck on a tough problem, I’ll make sure to go to bed thinking about it. I like to leverage mental background processes – i.e. letting our subconscious work on problems for us. I always wake up with better ideas than I had the night before.

Yarin Kessler is the founder and CEO of PDF Buddy, the powerful web-based PDF editor that lets anyone edit and sign PDF documents online. A few years after graduating college with a liberal arts degree, Yarin taught himself how to program, and caught the startup bug soon after. He has since worked on developing a number of different startups, as well as on software systems for major corporations and as a freelance programmer. Yarin’s specialty is building web applications that leverage the latest in HTML5 technologies. He lives mostly in New York City.

Where did the idea for PDF Buddy come from?

It wasn’t so much an idea as a nagging problem that finally got the better of me. Editing PDF files has always been a hassle, but I never planned on doing anything about it because I expected a solution would eventually materialize. Midway through 2013 I was looking for something to work on, and I realized this space was still screaming for a better product, and that it was the perfect candidate for a web-based approach- so I just decided to tackle it.

On a typical day I’ll wake up already thinking about the problem set and what I want to do. I’ll then eat a light, quick breakfast and work straight through as long as I can before hunger takes over, usually around 3 o’clock. After lunch I may try to work more but I’m usually pretty useless mentally- that’s when I work out and get other things done. If I’m on something intense or exciting, I’ll have a cup of coffee after dinner and crank a few more hours.

I start from the inside out: In database-driven applications (e.g. 90% of all web and mobile apps), the data model is really the heart of any project- it dictates the behavior of everything else, and so getting it right at the start is the most important thing. That means a lot of staring into space, thinking about what data we’ll be capturing, and designing the relevant table schemas.

Next, I’ll iterate through the screens, developing basic functionality first, and then going back to round out features and styles. Front end development has become so much easier with tools like Bootstrap, so the styling phase is much shorter than it used to be.

The growth of cloud-computing platforms like Amazon Web Services is, from a developers point of view, the most exciting and important trend since the inception of the internet. It’s almost obvious now, but I still remember the first time I was able to provision a server remotely on Amazon’s Elastic Compute Cloud- it changed everything. Suddenly scale was no longer a limiter, and the cost barriers to entry for small-time developers were shattered. Production-ready application platforms like Heroku have made it even easier. The fact that I can launch a product anytime, for almost no money, still amazes me. Server, storage, and network costs for PDF Buddy were under $100 for the first 3 months of operation. That allowed me to test the water and see if there was demand with minimal upfront investment- something I couldn’t have dreamed of a few short years ago. It’s awesome.

If I’m stuck on a tough problem, I’ll make sure to go to bed thinking about it. I like to leverage mental background processes – i.e. letting our subconscious work on problems for us. I always wake up with better ideas than I had the night before.

My worst job was as a typical cubicle programmer in a large corporate office. The work was incremental and meaningless, the pace was excruciatingly slow, and I was miserable. It was cushy though, and there were plenty of people around me who were perfectly happy. The lesson was obvious- I’m wired for entrepreneurship, not stability.

With PDF Buddy, I actually feel like I did most things right. But that’s only because I was able to draw on the lessons of many previous seasons of failure. The most important thing I did differently this time around was tackle a problem that I personally wanted solved, rather than trying to figure out someone else’s problem.

Making time to think and to learn. As a software developer, you need to get comfortable stepping away from the actual building process now and then, and the same principle probably applies to entrepreneurship in other fields. I used to feel guilty if I hadn’t put down any lines of code on a given day, but these days I know that a thinking day is a productive day, and a learning day is a productive day.

I think the strategy most conducive to growth was offering a freemium model and making sure that registration and upgrades were as unobtrusive as possible. For example, a new visitor to pdfbuddy.com can start editing files immediately, getting the full experience of the app’s functionality. We don’t ask them to register until they’re ready to download, and they don’t need to pay until after they use up all their free credits, if at all. If users do want extra usage, they have both pay-as-you-go credits and subscription options, so it works for almost any use case. I think that combination of flexibility and smooth user experience have made us the more popular option.

Probably my biggest failure was building a product that relied on an unstable platform – namely Facebook. We had created a social media application that plugged into Facebook’s API, and after a year of hard work and a nascent customer base our Facebook access was shut off automatically and without warning. It was the worst possible scenario for a business owner, because our customers were impacted and there was nothing we could do about it- Facebook was totally unresponsive and all we could do was apologize to our users for something beyond our control. Eventually Facebook reinstating us, but the damage was done and the lesson learned: Your business must never be beholden to another company. In practical terms, that means that when using a 3rd party service, you need to make sure that A) it comes with a Service Level Agreement (SLA) and B) you have fallback alternatives.

Someone needs to build a decent web-based referrals platform. That space is an absolute mess- all the products I’ve tried are terrible. Wide-open opportunity.

I can barely use Excel.

Heroku – Their application hosting platform is without equal- these days I rarely think about using anything else. It’s made launching new products almost trivial.

Stripe – I want to hug these guys. Payments before Stripe was brutal. They’re doing everything right.

Bootstrap – By far the biggest boon to front-end web development I can think of, especially for those of us who are aesthetically impaired. I used to spend a huge chunk of my time on making my interfaces look decent. Bootstrap eliminates 90% of the grunt work- slashing project duration and the size of my CSS files.

Ruby on Rails – I’ve tried many web application frameworks over the years, and Rails is just the best: It’s elegant, proven, and popular.

Stackoverflow – This indispensable repository of collective programming knowledge, and the community around it, has saved my ass countless times. I can’t imagine getting any software project done without it.

Getting Real, a free book from 37Signals founders (the people that gave us Ruby on Rails and Basecamp. It’s loaded with gems about launching and running a startup that anyone can benefit from, and the chapters are short and entertaining.

I like reading David Heinemeier Hansson’s advice on startups and software in his 37Signals blog, as well as Joel on Software and Paul Graham’s essays. For productivity, David Allen’s Getting Things Done is the source.