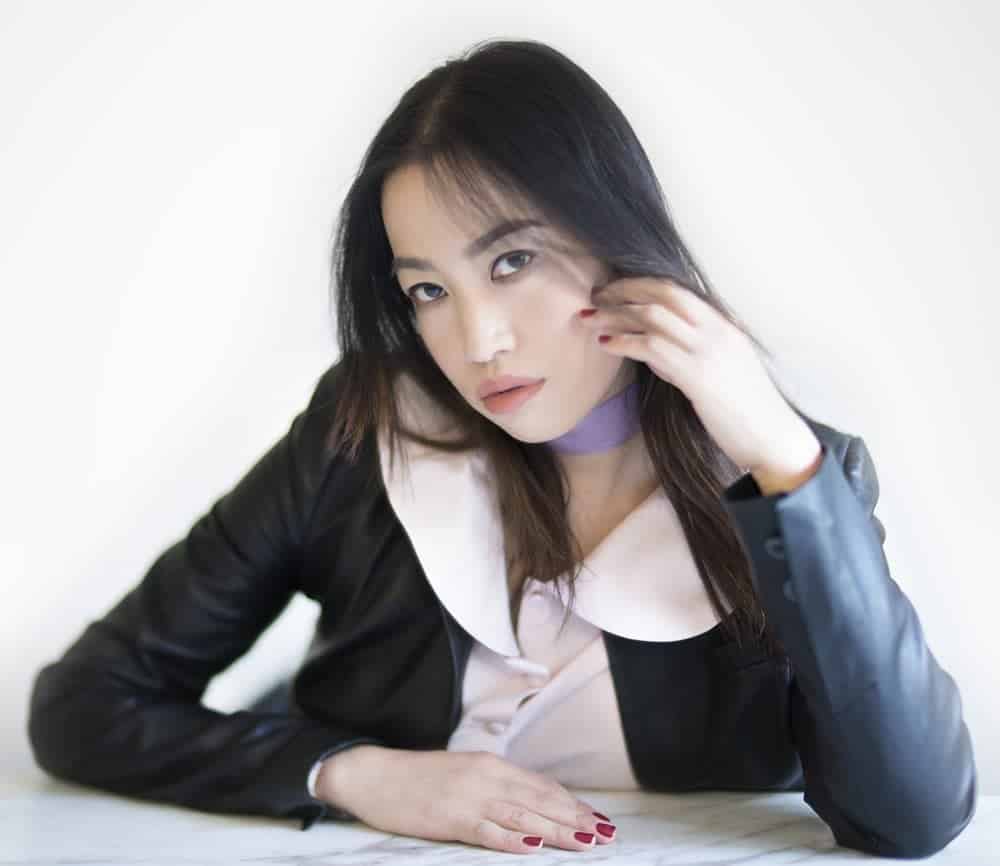 Don’t be afraid of not making it or failure. Believe in your dreams and goals.

Chinese multimedia artist, influencer and entrepreneur Yi Zhou is widely known in the international creative community for her artistic, fashion, branding and film work. Her work is admired by a highly diverse group of distinguished intellectuals, Hollywood A-listers, wealthy patrons and the young social media audience.

In recent years, Yi Zhou has endorsed a number of global campaigns including Persol, DFST – Galleria, Levis, and others. She was named the first ever brand ambassador for China for Clarins in 2010. Since 2011, she has collaborated with such prestigious brands as Chanel, Hogan, Pringle of Scotland, Lane Crawford and YOOX. She also collaborated with French couture Jewelry house Gripoix, launching a special collection titled “Pineapple Secret”. Her animations have also inspired a clothing collection by popular French brand Each X Other.

In 2013, she was invited as the first ever Chinese talent to be hired as a designer and creative director of a brand, to create a 360 degree project ranging from menswear, womenswear and accessories for Italian luxury brand ICEBERG. The “Breaking the Ice” capsule collection was released worldwide in December 2013.

In 2010, she created Yi Zhou Studio, creating employment opportunities for young Chinese talent to collaborate and experiment together on international projects.

A passionate promoter of East-West relations, she is frequently asked to speak at conferences and events around the globe, including TEDx (Paris 2012, Beijing 2013, Zheijang 2014), LVMH Labour Day in Paris in 2013 and Financial Times Luxury Conference in 2014.

Yi Zhou has contributed to many NGOs by creating art pieces for the UN Conference for World Climate Change in South Africa in 2011, the UNDP China Rio+20 Projection in 2012, as well as World Oceans Day in 2015. Most recently, she worked with Natalia Vodianova’s Naked Heart Foundation by participating with an artwork commissioned by ETAM.

Yi Zhou‘s short films have been shown at Shanghai Biennale, Venice Biennale, Sundance Film Festival and Cannes Film Festival. She was selected by Venice Biennale to showcase her 2011 works, as well as new works from her solo show at the Museum of Contemporary Art in Rome titled “Fragments of Rome, past, future, parallel worlds.”

She is currently working on several international media projects and is developing her first feature motion picture.

She has a degree in politic science and economics from the London School of Economics, and is now continuing her education at Pepperdine University in Malibu, California. She speaks fluent French, Italian, English, Spanish and Mandarin.

Where did the idea for YiZhou Studio or Global Intuition come from?

YiZhou Studio began in Paris, then in China, and now we expanded to Los Angeles.

YiZhou Studio started as my artist’s studio, and slowly I began to work in the luxury field. Now we are strategic partners of luxury brands and entertainment firms, and also produce our own brands such as Global Intuition.

I work all the time and have had this drive 24/7, since I was a child. I do a lot of sports daily and I work every day in the office, while travelling — basically everywhere. The latest technologies allow us to have our work spaces everywhere at any time.

My best ideas come out during my regular day, having breakfast, taking a walk. Ideas are a sudden illumination for a creative project, idea or approach.

I like AI (artificial intelligence) and VR (virtual reality). In November 2016, I had a solo exhibition at the Macro Museum in Rome that was all VR, about Roman ruins, seen and revisited in VR.

I would do exactly as I have done so far, including learning from mistakes, which to me is vital for the learning process.

Don’t be afraid of not making it or failure. Believe in your dreams and goals.

I think I still must learn this part.

My dad advised me to try to become an entrepreneur last summer, and I followed his advice.

Learn to win and lose in the same manner. Enjoying the process of all your actions is key rather than focusing on the outcome.

Be creative and never follow rules.
Take advantage of new technologies to create new sources of income.
Be creative in your approach and thinking.

A Pilates class. I think that working on one’s core means more than just one’s body. It also means revising one’s fundamentals and foundations in life and business.

I use all sorts of social media and messaging in my work and life. To me, the medium is not as important as how one communicates with others.