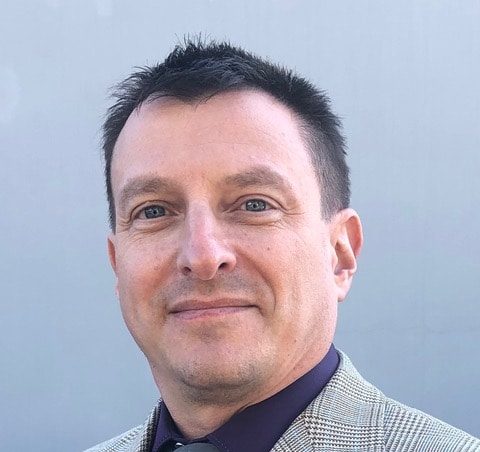 A strong body leads to a sharp mind. It is cliche but true.

Yuri Vanetik is a private investor, business strategist, political coalition builder, and philanthropist based in Orange, California. He is the Managing Director of Dominion Partners. Dominion Partners is a real estate investment firm prioritizes the emergence of technology-driven opportunities, investing in undervalued real estate locations throughout the United States. Dominion’s defining characteristic is value, as they seek out properties whose location and characteristics show a wealth of potential, but are undervalued due to physical condition, capital structure, market position, tenancy, or management in general. These problems, which are correctable. Analytics and execution are the keys to Dominion’s success.

Yuri Vanetik is also an entrepreneur and has experienced considerable success as a professional through his drive and passion for business, and his knack for leadership. In addition to his work in a leadership role at Dominion Partners, Vanetik has also taken on and currently works in numerous leadership positions. He currently serves as the principal of Vanetik International, LLC., a private equity firm specializing in capital formation, acquisitions, dispositions, and management consulting, among others.

Outside of his business ventures, Yuri Vanetik is also a committed philanthropist, and is passionate about getting involved in causes related to education, the arts, children’s health, and more. He considers education to be of utmost importance, as he understands the influence it has on core value for a free and informed society.

One organization that Yuri Vanetik continues to support is Gen Next, where he continues to serve as a board member on the Board of Directors. Through his leadership in Gen Next, a network of progress-minded executives, Vanetik also seeks to effect constructive developments in America and around the world by supporting some organizations that promote education, health, community stability, global security, and free market initiatives. During an interview with Entrepreneur, Yuri described his approach to philanthropy: “I don’t like the term giving back—for me it’s a defeatist perspective, as if you are regretful of the money that you’ve made—as if it was borrowed or stolen and has to be returned. I prefer this more dynamic idea of venture philanthropy as a guiding principle in business.”

Most recently, Yuri Vanetik was named as a Founding Member of the International Executive Council (IEC), which is a business leadership organization that is focused on innovation, growth and impacting the next generation of leaders. In 2010, Yuri was appointed to the Board of Directors for Miracles for Kids, which focuses on supporting children with serious illnesses. That same year, Yuri joined the Board of Directors for the Center For Global Change,  which is a charity that provides assistance to abused, neglected, and underprivileged orphans around the world. Yuri has also held a position on the Board of Directors at the American Red Cross, the Claremont Institute, and the Heritage Foundation.

With a background that spans across law, finance, real estate, philanthropy, entrepreneurship, and politics, Yuri Vanetik is the embodiment of a jack of all trades.

Where did the idea for Dominion Partners come from?

Every morning starts right when I wake up – early! One of the first things I do every morning is review news and current events. I then have some calls overseas dealing with business partners, then I check my email and address anything that comes up as an issue. I like to solve problems early on. I also make sure to get to the gym every morning before my meetings–I’m a firm believer that keeping my body in shape helps keep my mind in shape. After the gym I attend meetings, then head to my office. The key to productivity is planning. I make and revise a weekly schedule, culling it out of a detailed monthly schedule, which in turn, is a product of plans for the year.

Execution is everything. To create an idea is one thing–to execute on it is entirely different. Everyone has ideas, but not everyone has the means or the motivation to execute on them–execution is more important than ideas. Without execution, ideas are dead.

Globalization is an incredibly interesting aspect of the digitization of the world right now. I don’t think “trend” is the right word for it though–I think “trend” implies that it will fade. Globalization is here to stay, so perhaps “phenomenon” is a better word. The access to information via technology has opened and expanded horizons for people and businesses across the world.

Two habits or traits…..Persistence and curiosity. Sometimes people are chastised for asking too many questions, but before curiosity killed the cat, it opened new worlds for it. Curiosity is the backbone of learning–there’s a reason that NASA named the Mars rover Curiosity. Persistence plays directly into that–without persistence in how we approach and address issues we would get nowhere as a civilization.

I have never had a job that I did not enjoy. I’m always able to derive some sense of happiness or, at the very least, allow myself to learn and grow as a professional in every position I’ve held.

Probably everything. That may sound like I’m living a life full of regrets and mistakes, but I believe that unless you’re the embodiment of human perfection, there is always room to improve yourself and your choices. If I knew what I know now, I would change or improve on every good and bad decision I made. I believe in taking advantage of information and learning from one’s experiences–if I could do that retroactively quite a bit of my life would change. Many people say they would change nothing. That sounds great and I understand where they are coming from, but I vehemently disagree with that position.

Work out. Go to the gym every day (or as often as your body can handle). A strong body leads to a sharp mind. It is cliche but true. And I read history and philosophy works. History and philosophy are some of the greatest tools we have as a people with written language that enable us to understand our world and face challenges. We can utilize history to learn from the past, while the value of dissecting the minds of some of history’s greatest thinkers should speak for itself.

Be unconventional and don’t focus too much on mistakes. Learn from them and move on. Don’t dwell on them. Don’t live in the past. No one changed the world by doing things everyone else was doing. You have to be innovative, be new, be risky and be unconventional. The mistakes that you do make, and will make (no one is perfect) will weigh on you, but it’s important to learn from them and move on. Don’t let them drag you down. Treat your mistakes like a sociopath treats the world – rational and critical but emotionally uninhibited.

Getting in business with inexperienced people without money. It is the worst form of guaranteed self destruction. Don’t do it. You don’t need money to be a good business partner, and you don’t necessarily need experience. But entering a venture with people who lack both is dooming yourself from the start. I urge people to never make this mistake. Unfortunately, those without money or experience will learn from you–which itself is great–but will show zero gratitude and make little in the way of contributions. A lack of appreciation and inability to understand how important money becomes is a huge issue in business.

There is an opportunity on the Internet in the hospitality space – both by way of consolidation and for new players. It is “yuuuge” as Trump would say. Grab it.

Buying Mustafa Ataturk’s biography, and lunch for a philosophy professor. I’ve already mentioned the ability to learn from great leaders, thinkers and history. Sitting down with someone who has a deep and profound understanding of philosophy over lunch helped me to learn a great deal about myself and the world – again!

Outliers by Malcolm Gladwell. It gives you Insight about successful people and the keys to finding your own success, whatever it may be. He addresses the fact that even those with great ideas, high drive and great motivation sometimes fail, or settle into a life below their true capabilities. Environment can be a huge factor in our success as human beings, and Gladwell addresses that fact directly.