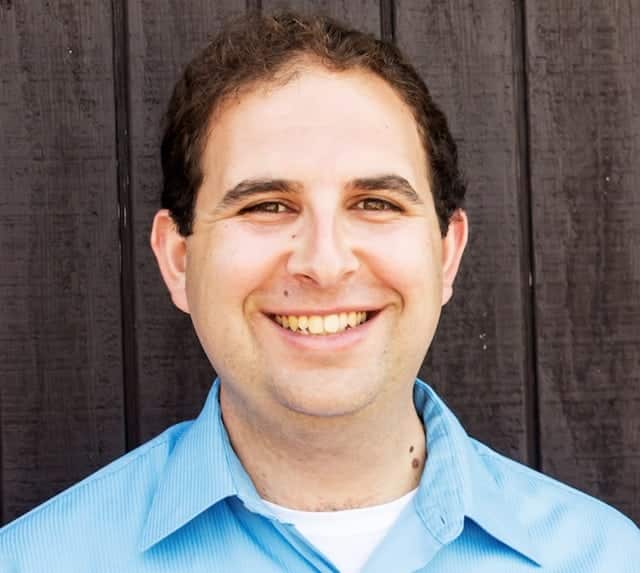 [quote style=”boxed”]Focus on revenue. This runs contrary to the traditional Silicon Valley mindset of “build something cool with a large audience, and the money will come later.”[/quote]

Zvi Band is the founder and CEO of Contactually, a relationship-marketing platform that maximizes value and drives greater ROI from personal and professional networks.

A Washingtonian Tech Titan and Mindshare member, Zvi is a seasoned entrepreneur, developer, strategist, and startup advisor. He has unique expertise in both technical and non-technical operations and is an active public speaker. Zvi frequently participates in thought leadership panels at Tech Cocktail, WordPress DC, DC PHP, and DCRUG events. He loves solving new problems and building new products and services.

Where did the idea for Contactually come from?

I was running a software development shop, and relationships were the source of 100 percent of our business. It was going really well, but I was terrible at managing these relationships. I never followed up with people, I forgot people I met two weeks earlier, and I was letting people slip through the cracks. I knew I had to solve this problem, yet all the CRM solutions out there just made me do more work. I wanted a proactive CRM. Hello, Contactually!

The day usually starts with a 20-minute run. That’s been one of the most effective things to help my mind wake up. When I get into the office, I start by coming up with a list of items to do that day. The rest of the day is up in the air. I might be on the phone with investors, interviewing potential hires, or syncing up with the team, but the task list I create first thing keeps me honest about what’s most important.

I spend as little time as possible up front formulating the idea. (The idea behind Contactually is only three lines.) Then I spend time talking to people. I find that talking to people pretty much unlocks everything else. The idea becomes more real, talk becomes wireframes or code, and then a domain name comes. Soon, you have the seed of a business. Even nowadays, I focus less on fully forming an idea internally and start talking to people about it instead.

I’m excited by the bottom-up adoption trend in business software. We’re seeing less software that’s sold to the executive office and forced on the end user. Instead, we’re seeing end users pick what they want to use and forcing the organization to adopt it.

I have a notepad next to my desk. Every day before I do anything, I write down exactly what I need to do. This helps me stay focused on what’s important that day instead of spending my whole day reacting to what comes at me. I’ve been doing this for years now — same notepad.

In college, I had an internship with the government. On the first day, I was told that they had only hired me because they needed to have a certain number of “butts in seats” to keep their budget for the next year. I spent most of the summer watching the clock.

I learned that there’s no sense wasting time making money doing something I don’t believe in. The next summer, I took a research job that paid next to nothing, but it was the best job I had in college.

I would spend a little bit more time focusing on quality. Our company values a “move fast and break things” mentality. That allowed us to move very quickly in the beginning, but we made too many sacrifices to the experience for our users. We’ve since fixed that and learned a lot.

Focus on revenue. This runs contrary to the traditional Silicon Valley mindset of “build something cool with a large audience, and the money will come later.”

We decided that we wanted to be a product that people would pay for early on. That enabled us to do “crazy” things like, say, only build things people would find valuable enough to pay for and only sell to people who would pay for it. It seems insane, I know, but I believe that’s a huge reason why we’re still around today.

My idea that I was working on before Contactually was a database platform as a service. It had legs and could have been something, but I was splitting my time between that and other work.

Days would go by with me talking about it but not working on it. That turned into weeks, then months. I didn’t overcome it. I failed. I shut it down. But that painful experience taught me that when I had my next idea, I had to focus and give it my all. That was Contactually. (I wrote about it here.)

Photo post-processing as a service. With digital cameras, we have a tendency to take hundreds of pictures and then lazily throw them up on Facebook or Dropbox. But professionals take time picking out the few best photos, touching them up, and making them perfect. With this idea, you’d send the service all of your photos from the event. They would choose the best ones, edit them, and give you some real art that will blow everyone away.

I never had pizza until I was 13. My mother likes to joke that I had an “air fern” stage — she wasn’t sure how I was growing with my lack of nutrition. I was even a Ninja Turtles fan (pizza is a staple of their diet), so it doesn’t add up.

Here are a few non-standards that I’m a huge fan of:

• Evernote: I’ve made the investment in Evernote as my go-to for capturing everything — random ideas, notes from meetings, business advice, recipes, etc. It took a conscious effort to start logging everything in there, but I’m pretty happy with it.

• Timehop: I’m active on social media, so seeing what I posted on that day one, two, even five or six years ago is awesome.

• Contactually: Sorry, I had to throw that in there.

• TextExpander: It takes some investment to get this up and running, but it’s absolutely worth it.

• Letter Feed: We’ve become heavy Google Docs users, but I missed the ability to track changes like you can in Microsoft Word. Letter Feed adds that tool back in.

Geoffrey Moore’s “Crossing the Chasm.” This has fed into a lot of our business strategies over the past couple years.

• Christoph Jantz is one of our investors and the leader in early-state SaaS metrics.

• Patrick Ewers is one of our advisors who understands more about professional relationships than most people I know.

• Eric Ries’ Lean Startup methodology is a guiding principle for any web startup.

• Aaron Batalion has been a great mentor to me. From a tech perspective, he’s taught me to be relentless about shipping products.