Aaron Arnold – CEO of Music Is My Business 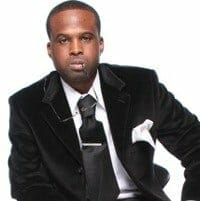 Aaron Arnold is CEO of Music Is My Business, one of “America’s Smartest New Companies led by people under 30,” according to Inc. Magazine. He has held executive positions at four of the top-five global PR/marketing firms including Hill & Knowlton in New York as well as Edelman and Ketchum in Chicago. Upon a decision to pursue his passion for music, Aaron left the corporate world for an unpaid internship at Bad Boy Records. Within six months, he became a valued member of Sean “Diddy” Combs’ executive team as an assistant. After a year’s time, Aaron moved forward to launch his own music company with the goal of changing the way business is done in the music industry.
Recently:
Music Is My Business (MIMB) is a multi-faceted and fully integrated music company creating a new space in the music and business industries. Based in Atlanta, MIMB houses several divisions including:
In addition to working with their in-house artists, writers and producers, Music Is My Business also has consulted for brands such as ESPN, Heineken, McDonalds, The United Nations’ World Food Organization, Grammy Winner Bryan-Michael Cox and MTV’s “Making The Band,” platinum selling artists, Danity Kane.
Music Is My Business is supported by a team of young and innovative individuals who believe that music is the soundtrack to life as illustrated through music’s immense historical and modern influence on the world. These young stars include Chief Music-Technology Officer and Music Director Jason Murdock and Director of Music Charles “Chizzy” Stephens. Music Is My Business also has an internship program for high school students in Atlanta.
Aaron grew up in Hyde Park on the South Side of Chicago and graduated from Florida A&M University where he studied journalism and public relations with a minor in marketing and theatre. He also became a member of Omega Psi Phi fraternity.

It’s finally here!!! View the new video trailer for MusicIsMyBusiness’ first single “Run-It-Back.”  Despite the company’s successes with various brand initiatives, I began this journey several years ago because I wanted to make records and bring the experience back to music as the next generation of music executives and music companies. As you know, I left corporate America to become a unpaid intern and assistant to Sean “Diddy” Combs, so that one day I’d be in a situation to put my own music and videos out. A dream come true!
The video is expected to debut in five weeks. You also can listen by downloading the song for free or by purchasing it on iTunes. The song already has aired during the Super Bowl and has been added to several viral mediums including AOL.com Radio, Music Choice and college radio stations like Tallahassee’s 90.5. It also has been co-signed by several prominent DJs, including celebrity DJ, Miami’s DJ Irie. CBS sports producers praised the song for its “commercial cross-over appeal.” “Run-It-Back” is produced by MusicIsMyBusiness’ own Chizzy. This is the first single off of the forthcoming MusicIsMyBusiness’ album titled “The Unknowns” and features three rap-artists, a rock singer and a Grammy-nominated violinist. “Run-It-Back” is an energetic uplifting song that fuses rock with hip hop to deliver a story about overcoming obstacles and proving those wrong, who told you that it couldn’t be done. Tell them to “Run-It-Back”!  The video was shot by newcomer film director Ryan Lightbourn.

1. Social Media  … it has integrated industries across the spectrum.  It has allowed the indie music space to account for two-thirds of record sales globally according to Jeff Leeds.
2. Music’s continuous influence on the world and its synergy across various mediums (i.e., technology, socialism, athletics, etc).
3. All the young musicians.

When I first began my company I tried to do everything at the same time. Focus on one project, or platform, first. Do that well, and then everything else will follow.

“Good To Great” by Jim Collins

How are you going about influencing the business?

Simply put … through our integrated approach to music and business. It intersects across various business, media and entertainment platforms.

How did you decide to take such a big risk?

I have a need to be happy. In order for me to be truly happy, I had to take a big risk to one day enjoy a big reward.