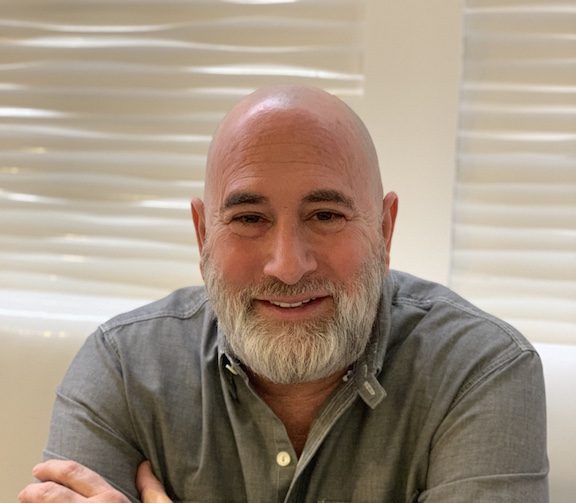 What I love about the advertising industry and, especially with being an entrepreneur and startups, is that there is no typical day. My only constant in my day is learning. If I haven’t learned anything new, then it wasn’t a productive day.

Adam Levine is the founding partner of the Lucy Collective, an integrated communications company centered around the core idea of diversity from the top down. With his cofounder Arun Nemali, Adam helps to foster a team of seasoned Madison Avenue executives who embody diversity of gender, race, and sexuality. Together, they foster diverse perspectives in every stage of their clients’ marketing processes to create work that unites people, not divides them.

Bringing over two decades of experience in the industry, Levine has worked with some of the country’s leading ad agencies including Deutsch, FCB, DDB and McKinney. He has also worked on brands as varied as Revlon, Snapple, Microsoft, Zoloft and IKEA.

Adam Levine’s professional passion is to help brands connect strategically and creatively integrate strategy and execution. Recently, he served as Chairman of the Board for Live Out Loud; a charity that works in high schools to help LGBTQ teens during one of the most stressful periods of their lives. His personal passions include pop culture, travel, and hiking (especially with his dog, Karma.)

I think it’s a confluence of many things.

First, being gay in the ad industry. Back when I started my career, it was don’t ask, don’t tell and butch it up to get the promotion or the raise. Fortunately, the industry was relatively quick to embrace the gay community versus other industries. I was able to be out and felt freed.

Second, I have watched the ad industry talk about diversity and inclusion for decades and the move beyond discussions has been s-l-o-w. More recently, it’s been inspiring to see powerful organizations like AdColor, The 3% Conference, FreeTheBid and so many others do more than talk but champion the discussion to the forefront and be part of making change happen.

Lastly, at the height of the last presidential election, there was so much political hate and divisiveness from all sides on my Facebook feed. I was tired of reading about the problems and started to think about how can I be an active part of the solution. A quick look at AdAge’s 10 Top Agencies of 2016 showed how far we still had to go; eight of those agencies had both a Chief Creative Officer and a Chief Executive Officer that were straight, white men. Only ten percent were women and only ten percent were Hispanic. I sat there and looked at those numbers while recognizing how much effort the industry was making towards change. I realized it’s not changing at the most senior levels as much as it needed to. People focus on diversity and inclusion because they think it’s the right thing to do, but they’re not comfortable making big, sweeping changes. The notion hit me: What if you started an agency where the leadership was diverse? If diversity and inclusion is built into the culture from the very beginning, versus an afterthought, you’re already starting with an environment and culture that’s respectful of diversity. You create a business that actually wants to have other people’s opinions around the table, with leadership and teams that are as diverse as the population. The idea felt like a solution versus just creating more noise about the problem.

What I love about the advertising industry and, especially with being an entrepreneur and startups, is that there is no typical day. My only constant in my day is learning. If I haven’t learned anything new, then it wasn’t a productive day. So, I make sure that I am looking at posts on Twitter and LinkedIn from people who are different from me.

What I love about what we do is that it’s not just me that brings an idea to life; we have a community of amazingly talented people who resemble what the country looks like and they all have a role in bringing ideas to life. My creative partner, Arun, has a saying, “who does the work matters.” And, we bring our ideas to life with people that don’t look or think like him (Arun is brown) or myself. The diversity of perspective that comes from a diverse team – strategically and creatively – is the way we bring ideas to life.

The conversations and actions around diversity and inclusion. But, I sincerely hope it is not a trend, but a true sea change. We have to do more than talk; we need action. It’s beyond time for us to address not just the inequity but, the root causes of all of the “isms”; sexism, racism, ageism and so on.

My old fashioned, real-life to-do list. There’s nothing more fulfilling than literally scratching something off of a physical to do list and visually see my productivity.

That you belong. Growing up when I did as a gay man, I always felt a sense that I didn’t belong, that I was different, and I equated that to feeling less than and not believing in myself. In a company or corporate environment, I always felt that I had to prove myself more or that I was a fake because I wasn’t like everyone else. I would tell my younger self that, no matter what, you do belong and you have worth and value. Don’t ever walk into a place feeling unworthy or shame or less than. You’re just as worthy and valuable as everyone else.

That, when it comes to diversity, it’s impossible to say, “I don’t see color.” Unless you are truly blind. I DO see color and I do see gender. It’s the same way as I want to be seen for who I am and I want you to bring your color, your gender, your sex, your experience to the table. I don’t want someone to assimilate and fit in, I want you to be YOU and bring all of your glorious self to the table.

Having a purpose. It’s not really a strategy though. It’s a personal and professional choice that, for me, comes from my life stage. It comes from wanting to be connected to something that’s more valuable than only generating profit, but actually wanting to be part of a community that wants to do some good in this world and do it with people who share the same values and mindset.

I think about prescribed patterns or ways to do things that I have learned at bigger organizations and the reliance on who does those things. For example, when dealing with a contract, I often felt like I had to go to a big legal entity versus finding a like-minded entrepreneur with whom to make a contract. I realized, it’s about breaking out of my comfort zone. I can do things in new ways because technology, the gig economy, or other business relationships enable them. It’s about not crawling back into old habits or patterns, but about realizing the mistake of not using new technological or entrepreneurial advances to create new opportunities. It’s knowing I have a diverse set of solutions at my disposal and breaking old habits to embrace them.

I’d love to see a co-working space that’s also a networking space for a truly diverse and inclusive range of people.

A massage. First and foremost, I think one of the most important things anyone can do is take care of themselves. Sometimes we forget that we need self-care. I’m the biggest proponent of making sure that mind and body are firing on all cylinders. This way, when we’re at work and doing what we need to do, we’re healthy, we’re ready and we’re trying to do the best we can.

Actually, it’s the absence of any software or web service that helps me be productive. It’s turning off all my devices for an hour or two and re-connecting with and listening to my gut, my instincts and my heart.

“Good is the New Cool: Market Like You Give a Damn” by Afdhel Aziz

This book adds a new “P” to the marketing mix; Purpose. It shows how brands with purpose can truly have a positive impact on both the bottom line and the world.

“Comparison is the thief of joy” — Theodore Roosevelt. I think it speaks for itself, even more so in the age of curated social media.