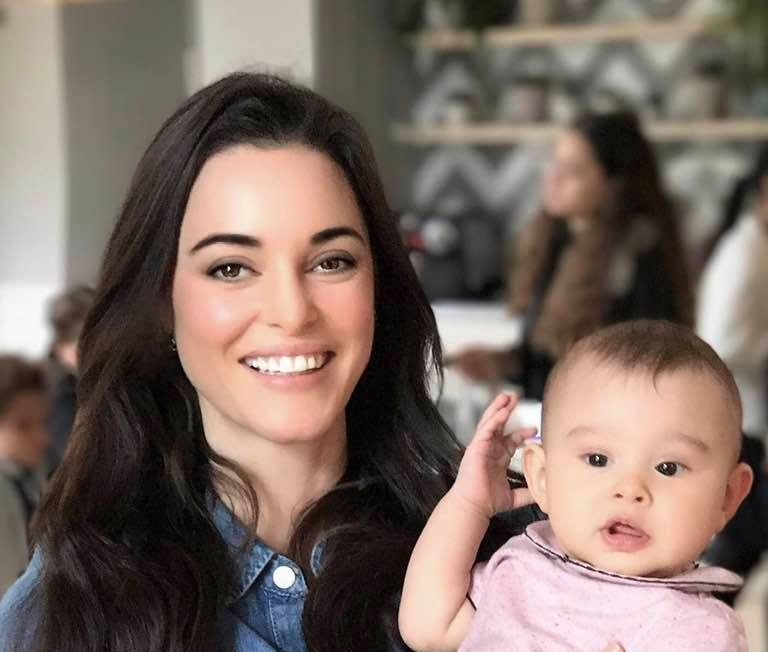 Ensure that your mind, body, and spirit are in good shape – only then can we have a chance to fulfill our magnificent human potential.

It all started when her daughter, Suri, was born. Joanna had invested in the traditional nursery furnishings and a cot, pram and feeding bottles, just as most new mothers are encouraged to do. However, she quickly learned that her daughter wanted nothing to do with these modern mothering items and instead longed to be cuddled, held, and kept in human contact as often as possible.

This led Joanna Parkin to start her quest to find a more natural way to parent her daughter. In the beginning, it was hard. There were not many other mums she knew that were parenting in this way, and her methods were perceived as somewhat unusual by many people around her. This led her to begin a deep-dive into the scientific research behind infant development. Joanna read a plethora of books and studies on the subject and learned a lot through this process. She quickly realized that the modern methods of parenting did not align with the scientific research that was available. This research pointed to the fact that infants thrive on human connection and through feeling safe to be dependent upon others to meet their many needs, while modern parenting methods were based on notions of individualism, discouraging dependence and parent-led rather than baby-led practices.

Joanna Parkin took this wealth of knowledge and began to apply it to her own life and her mothering practices. She watched as her little Suri transformed into a blissful zen-like baby. These successes led Joanna to found YOGIMAMAS and begin to educate others on this revolutionary, yet classic way of parenting. She also hoped to provide a space where mothers with similar ideals could come together, encourage and build each other up.

The YOGIMAMAS tribe is more than just motherhood, however. It is a lifestyle of mindfulness that consists of healthy eating, natural living, yoga, and other meditative practices. Joanna Parkin believes that a beautiful mind is the foundation to a beautiful life, and she loves to support others in establishing a healthy mind, body, and spirit. She has noticed how this sustainable, natural, and spiritual lifestyle has improved her life and so she has made it her livelihood. She also believes that making wise, biologically natural choices in our eating patterns will equip us to lead healthier lives and have more mental and physical energy to support our families.

Joanna Parkin is determined to spread encouragement and support to all mamas out there. YOGIMAMAS was not founded as a place of judgment, but rather as one of information and support. She is hoping that she is able to create a space where curious mamas can come to learn about this process of living naturally, help them to create greater bonds with their children and live their lives to their fullest potential. YOGIMAMAS can help mothers to fulfill their parenting goals and learn everything there is to know about natural, sustainable living and parenting.

I had a baby in August 2016 and found that most of the gadgets we’d bought in preparation for her arrival were useless to us. Our baby didn’t want to sleep in a cot or a pram or be bottle fed; she wanted to be close to me and communicated her needs very clearly. I embarked upon months of research into infant development to ascertain what our babies really needed and was somewhat shocked to discover that it’s often not the gadgets that we all rush out to buy. There’s a huge wealth of science to show how and why the natural way of parenting really is best for our babies (and mothers). What babies need most to support their optimal brain development during their time of rapid brain growth (from birth to age three) is a strong attachment relationship and physical closeness with their primary caregiver, ideally, the mother breastfeeding on demand. Since the goal of the science of yoga is all about developing a connection, YOGIMAMAS seemed like the perfect name as it’s from this foundation of being connected to our self and our innate motherly instincts that we can powerfully connect with our babies. Our basic premise is that if we wish to have deeper and more meaningful connections with our children then we first need to work on our connection to our self, which Paramahansa Yogananda (author of Autobiography of a Yogi) calls Self Realisation – the coming to the knowing, not just the idea, that we are the limitless non-physical being and not simply our body or our thoughts.

As my daughter is only two and a half, my day is spent looking after her. We go to playgroups and classes, meet up with friends with children a similar age and spend a lot of time outdoors, especially in the beautiful Regent’s Park. Then after 9pm once my daughter is in bed, I will work until around 12. I make my day productive by only seeing friends during the daytime and devoting my free time after my daughter’s asleep to working.

That’s the hard part as I have so many ideas but not enough time to pursue them all. My answer would be the hard way probably – small step by small step, which is hard for me as I’m eager to get to the finished result. When I was younger, I would often give up through sheer impatience. I squeeze in the time where I can and prioritize building my brand before having much of a social life right now.

The Natural Parenting trend that is growing thanks to the neuroscientific studies that support its huge benefits and the turnaround from motherhood having lost its societal status to society beginning to realize just how important a mother’s role is in the first three years of her child’s life. Also veganism! There are so many documentaries and social media activists that show how much the animals suffer – often for months or years on end and its abhorrent. It has to stop. We know from studies like The China Study that animal products are detrimental to our health and so coupled with the fact that we’re waking up to the mass-scale suffering we’re causing these poor animals; the tide is slowly changing.

I have so many ideas but am pretty hopeless at the organisational aspect of being an entrepreneur and so one habit I’m trying to develop is the habit of being more organised. My desk is covered in papers and books, but I know that I work better when all around me is neat and orderly.

Don’t try to force finding your mission/purpose in life too early. I was always trying to find what it was that I was supposed to do in life, but I think it’s okay and even ideal to spend your early adulthood exploring, travelling and learning and not knowing what your true passions are, until you’ve lived a bit. If I hadn’t, I wouldn’t know what I know today. I think that early adulthood should be all about exploring and adventure, not too serious, and especially on ensuring that we are mentally, physically and spiritually in good shape. In fact, I’d probably start there.

That natural medicine, can be more powerful and more beneficial than allopathic medicine and pharmaceuticals, which are often just synthesized – and thus inferior – versions of the unpatentable natural remedy anyhow.

Travel, explore, adventure and keep coming up with new ideas that can help people as that’s the key to feeling fulfilled in life

The concept of ‘modeling’ – having an idea, but then finding someone who’s mastered the art of faciliting such an idea and then modeling how they did it

Many failures. But especially in starting a business with the sole purpose to make money where my heart wasn’t really in it. Better to wait to discover where our passion meets a product or service that helps people and then pursue that. Then work will not feel like work – every second can be enjoyable and fulfilling.

Vegan fashion and beauty – it’s the future – I don’t think that anybody will eat meat or wear leather in the western world in a few decades but right now, I know of only one high-quality vegan shoe brand.

I recently bought around 10 non-fiction books from Amazon and learned so much from them. I particularly love reading Eastern philosophy and learning about the mind.

Tools of Titans by Tim Ferris as it is full of tips on achieving dreams from people who’ve already achieved theirs.

I have so many but right now the quote that sums up what YOGIMAMAS is trying to do is probably by the amazing Marianne Williamson who said: ‘There is no single effort more radical in its potential for saving the world, than a transformation of the way we raise our children.’