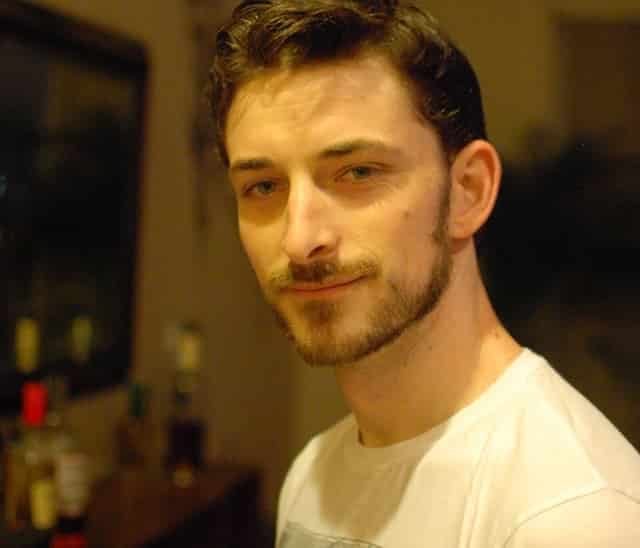 Alex Gourley is an entrepreneur and technical generalist. Before founding BitGym, he ran Loopt’s internal metrics and analytics, worked on a source-code search engine at Krugle and led a team that was building an autonomous vehicle at UC Davis.

We’re trying to make cardiovascular exercise machines more tolerable, or even fun, by giving people games to play and worlds to explore while they exercise. We’ve developed a new technology that allows a simple iPad or iPhone resting on your cardio machine to know how fast you’re working out (using vibrations) and the position of your body (using the front-facing camera). You can interact with our games and apps running on your iPad or iPhone using just your exercise motion and body position. This collection of apps is called BitGym.

Where did the idea for BitGym come from?

After I moved to San Francisco in 2009, I lost access to my regular ultimate frisbee pickup game and started going to a gym instead. Running on a treadmill was maddening and I kept thinking that I wished I was playing a game. Of course that idea is nothing new – there are patents on cardio machine video game interfaces going back more than 30 years. The real leap for us was realizing that we could pull it off without any special hardware at all.

We had been trying to build special iPhone hardware for nearly a year, but after a brainstorming session with a new co-founder, we realized we could probably do everything with software alone. A week later we had a working prototype and we haven’t looked back since.

Clint, Josh and I get into the office around 10:00 AM each morning. Our corner of the Mission District in San Francisco isn’t the nicest, but the rent is cheap and the view from the fifth floor wall-to-wall windows is really inspiring for creative work. Josh generally works on the motion and head tracking code, Clint works on the website or latest app and I jump around taking care of the boring bits like fundraising, marketing, customer support, business development, product specs and moving Josh’s work into our production Objective-C SDK. We work until 7:00 or 8:00 PM, head to our respective homes and then usually work for a few more hours. When we have a release deadline, it’s common to be up working until 3:00 AM, but otherwise we try to keep healthy sleep schedules.

I think best by talking to other people, but if that isn’t an option I sit down with a pen and a notebook. From there, I try to follow a 3-step process: 1) define the design goals, 2) brainstorm and write down all possible ideas even if they seem stupid and 3) realistically cut down the list until a plan emerges.

Autonomous cars. The technology has a ways to go–and the policy even further. When it arrives, society will witness a radical transformation for the better.

I did in-home computer repair. Most people shouldn’t have to go through the stress of maintaining a PC. The sooner the average person can just have a thin-client like a Chromebook, the better.

I’d skip the hardware exploration and get a year of my life back. I’d internalize lean startup thinking earlier and more profoundly.

I try to do everything creative or technical myself the first time. How else could I know if I should hire someone a second time, how to manage  him/her or how long it will take someone to complete a project?

Find a way to recycle all the “old” smartphones that are already starting to leave the consumer cycle. Just pulling out the parts probably isn’t the optimal solution, but what if they could be refurbished, turned into IP security cameras, mesh sensor network nodes, robot brains, sprinkler control systems, etc.?

I hate exercise and don’t get enough of it. Ironically, BitGym is my excuse for not having time for it. My goal is to build a game so sticky and engaging that it gets me into exercise again. It’s a high standard but we have to get there if we expect to really make a difference in people’s behaviors.

The Lean Startup by Eric Ries.

If you weren’t working on BitGym, what would you be doing?

I would be solving some other problem the best way I know how: via a tech startup.

I never thought having a hero was a good idea. You should respect people who deserve it, but by making someone a hero, you’ll try to copy him/her and that will only lead to cargo-cult behavior.