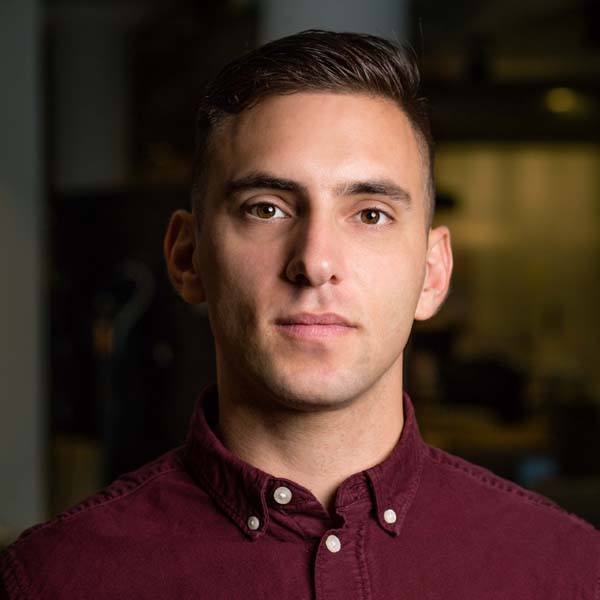 For me it’s about taking action. Instead of talking about setting up an important meeting, I set up the important meeting. Instead of hoping something happens, I operate assuming that it is happening. Either internal narrative, belief or doubt, often becomes a self-fulfilling prophecy.

Alexander S. Blum has been working in blockchain for the past 4+ years, advising VCs, PE groups, Fortune 500s, and blockchain start-ups on financial and technical strategy and development. He has developed a cryptocurrency mining operation, Ai-Crypto Hedge Fund, and led multiple ICOs, including Science Inc. and Sweetbridge. Prior to this, he served in the Peace Corps in Panama where he started an indigenous artisan crafts co-op as an Economic Development Consultant. He attended Tufts University and MIT.

Where did the idea for Block Collective come from?

Block Collective developed, and continues to develop, pretty organically. Initially I started consulting on blockchain projects independently and have steadily grown from there to the 20+ person firm we are at present. I mostly follow whatever holds my interest and don’t tend to try and plan out every step of a process in advance. This is true for how Block Collective has emerged.

There really is no typical day. I brush my teeth, pretty much every morning and shower as a regular practice. Outside of that I’m traveling and working on a range of projects each day. I thrive on the variety.

For me it’s about taking action. Instead of talking about setting up an important meeting, I set up the important meeting. Instead of hoping something happens, I operate assuming that it is happening. Either internal narrative, belief or doubt, often becomes a self-fulfilling prophecy.

The coming digitized security wave that blockchain has started to catalyze globally.

I constantly read and acquire information.

I would tell my younger self to stay more centered regardless of the outside forces or context of any given moment, recognizing that, over time, whatever emotion or trend seems omnipresent reverts back to the mean. Also, I’d tell myself that we choose who and what is meaningful to us and the sooner you can disentangle your relationships from what they “should” be and entangle them into what feels healthy and connected the better off you’re going to be.

I’m always surprised that, if you ever ask a person if they could live forever would they want to, that they say no. It’s better to have the option. I prefer not being dead to being dead.

Help connect people with asking for anything in return. Even early on in my career, I could connect others I encountered at no cost to me, helping those people and strengthening my relationship with both of them with really no down-side. Instead of calculating the value of every relationship I hold, I give them out freely and have found this to be both rewarding and beneficial.

I’d also add that I’m constantly ready to be dumb and uninformed. I have no qualms asking basic questions about topics I don’t know about. Once I do ask, then I know about them! This process took me from knowing nearly nothing about the telecommunications industry to consulting on telecommunications in rural Latin America and Africa for The Gates Foundation in about 2 years.

I have found that writing thoughtful articles ends up becoming a huge asset. It’s a shareable piece of collateral that can be used indefinitely for appropriate circumstances and, if you have something meaningful to say and aren’t just writing to a word count, lends a lot of credibility to my talent and unique ability. I also find that the time taken to stop and clarify my own thoughts and to develop a point of view or cohesive narrative on a topic by writing makes me better at what I do and enhances my own understanding.

Years ago, I picked a bad business partner that my intuition told me felt wrong and proceeded forward regardless. I ended up wasting a lot of time, emotion, and energy trying to fix a broken situation from day one.

Ideas for businesses are a dime a dozen. It’s the execution that matters. Don’t hoard ideas! There are always more. I think, for example, it would be a great idea, to develop a theme park on Mars. Now go execute on that!

A more feasible idea I’d share is to create an investment banking service focused on private placements for security token fundraise projects. This is going to be a huge market. I believe all new securities will eventually be created with a blockchain approach within the next 5 – 10 years.

I paid for a telegram singer to arrive at my friend’s door and sing a silly song I wrote for no reason. It makes me smile thinking about it even now.

Wunderlist App. Anytime I think of something I can’t do in the moment, I write it down on my phone app and then I don’t lose it and my brain is free to be present. There’s a web version too that makes it even better.

“Pimp” by Iceberg Slim. This book is an autobiography of an American Pimp and speaks to the cold-hard core of how capitalism functions at the most raw level. How people are controlled and retained within cycle’s of capital seeking and capital using that maintains existing socio-economic dynamics and psychological barriers. I’m constantly think that there must be a better system out there, not communism or some other proven failure, but a different, tech-enabled approach not previously possible.

“Those who were seen dancing were through insane by those that could not hear the music.” – Nietzsche