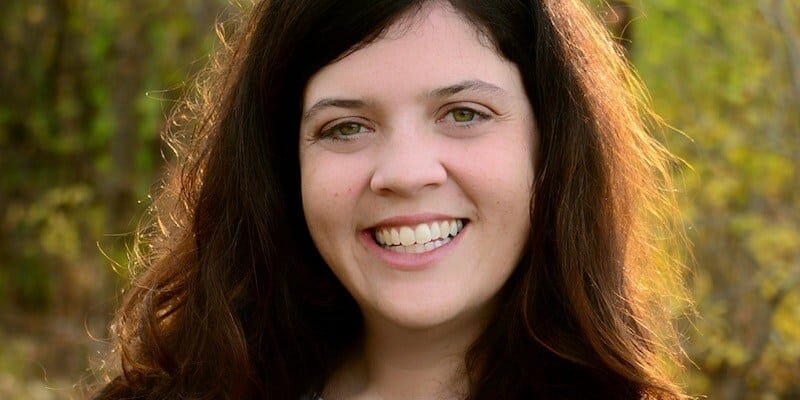 Every experience is an opportunity to learn and improve one’s abilities.”

Alise McGregor began her career as a trained nurse; however, her passions led her down an alternate path as she endeavored to start her childcare development program, leading her to become a highly successful entrepreneur. Alise completed a bachelor’s degree in exercise physiology with a concentration in cardiac rehabilitation which she received from the College of St Scholastica as well as a post-baccalaureate degree in nursing from the University of Minnesota. After completing nursing school, Alise received an employment opportunity from the Mayo Clinic in Rochester MN, however, with the strenuous commute to Eagen presenting itself as an issue during winter months, she was unable to pursue the opportunity. Instead, Alise acquired a job at Fairview Southdale Hospital in Edina where she remained before giving birth to her daughter Franchessca. Alise and her husband Luke worked opposite shifts to ensure their daughter received proper daily care, however it became difficult with their conflicting schedules. Wanting to equip Franchessca with the proper educational tools in her early development stages, Alise performed extensive research into local care centers. After various unsuccessful attempts, Alise decided to open a small program for other parents wanting a strong academic background for their children under the age of five, recognizing this as a crucial time in a child’s development. Alise opened Little Newtons in the Plymouth MN area under the notion that it would be a small program for her and a couple of other children. With the success of her business Little Newtons has expanded to four other locations including Chicago and Illinois. Early Childhood has become Alise’s passion, and she continues to fine tune the program to make it the best early childhood education program available.

Where did the idea for Little Newtons come from?

After performing extensive research on brain development in young children, my husband and I had toured various centers for our daughter, Franchessca. Our conflicting schedules also began to present a challenge as it was becoming increasingly difficult to work around both careers. Up until opening my own center nothing felt like the appropriate fit and when it comes to your own children you want a clean space with a strong academic environment which is what Little Newtons offers.

My job has greatly evolved over the past eight years, for when I first opened my program in 2009, I was the director, infant teacher, janitor, and cook. I had to perform all means necessary to ensure my business was successful. Over the years I kept a strong pulse on hiring, curriculum development and compliance. When we expanded and opened the Plymouth location, I was simultaneously dealing with an acquisition. I took a step back to reflect on what my best skills were and potential assets I could offer the business.
Compliance, relationships and quality control are ultimately my greatest strengths and by running this program for as long as I have, I have developed an efficiency, so these tasks remain on my plate. As far as the day-to-day operations, I have handed those responsibilities over to very capable people, however it was a difficult decision as I was used to performing most operations.

Being the CEO of my own company gives me a significant amount of creative control. When I wish to develop a new aspect that would benefit the company, I asked those closest to me, listen to their feedback and then incorporate my ideas accordingly. Observing classrooms, reading research and receiving feedback in regard to my program usually spark an idea or two!

A trend that excites me is the wealth of education available to younger children. We see such incredible growth in the children in our program that it keeps me needing to tweak, perfect and focus on improving our services and it is what ultimately makes Little Newtons the best.

What is one habit that makes you more productive?

The ability to properly focus is what allows me to be productive. It is very easy to become distracted and have what I like to call “shiny object” moments, but daily, weekly and monthly I have lists on my calendar that I am constantly assessing and adjusting.

What was the worst job you ever had?

I cannot recall a particularly “bad job” I have experienced. When I worked at a gas station, I acquired a great deal of math, inventory, and customer service skills. Every experience is an opportunity to learn and improve one’s abilities. When I moved on to become a nurse I took in so much knowledge that the challenging days became irrelevant. The most difficult job for me is being a successful entrepreneur. Some individuals are under the impression that being an owner is a simple task, but it requires blood, sweat, tears, grit, dedication and very thick skin.

If I could start again I would be more selective of the people I surrounded myself with.
I assume that when someone is given a job they give 100 percent, because that is what I do. I do not support micromanaging, but it is important to do a lot of spot checking before the trust is built and even then–keep it close.

As an entrepreneur, what is the only thing you do over and over and recommend everyone else do?

Be honest to yourself, others and the governing board. I go to sleep every night knowing I do not have to hide aspects of my business. People can tell when someone is dishonest and if you are not true to yourself, there is no point in replicating that to others. Task-wise I follow a checklist and write things down. I am known for my incredible memory but without writing things down or a checklist, I would forget things constantly.

What is one strategy that has helped grow your business?

Word of mouth and positive references have helped grow our business tremendously. It is the happy customers we have that share their experiences with others and strengthens our reputation. All the marketing in the world could not give you the value of satisfied customers.

What is one failure and how did you overcome it?

When I first began this adventure, I was both overly trusting and naïve in my approach. I believed that individuals were always honest, and I learnt the hard way that is not the case. I ultimately learnt to talk less, and I keep my ideas between myself and my advisors until I am ready to proceed. I essentially preach “don’t give them something to talk about.” And it is a tactic that works well for me!

What is one business idea that you are willing to give away?

A business idea that I would give away is convenient baby-proofing service for daycares. Ensuring safety when working with young children is extremely important.

What is the best $100 you recently spent and why?

My new 2018 planner (it wasn’t $100) but it is the most useful thing I recently purchased because it keeps me organized and constantly moving forward.

This is such a hot topic in my household. I use QuickBooks and Excel. It drives everyone crazy— despite the fact that my business is growing, these programs are simple but work the best. When you have complicated software but not software oriented people, data can be incorrect and as a result you spend more time fixing errors than being productive.

What is one book you recommend and why?

I would recommend “Traction” by Gino Wickman. I read a lot of leadership books, but Traction was the best business book I could relate to that made sense as it focuses on how to generate profit in a simple and coherent manner.