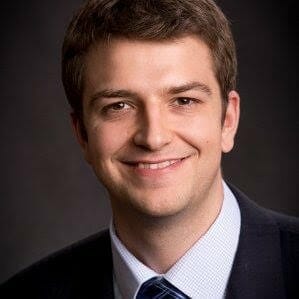 Be kind to people. Even if kindness is forgettable, it doesn’t come with regret.

A M Wilson has loved telling stories since he couldn’t see over a kitchen counter. His first breakthrough novel Populace, an Orwellian thriller, was just released within AM Wide Awake. In his own words, Wilson has always loved humor, “humor that challenges our worldview, humor that gets us through hard times, humor that makes us realize our own humanity.” As a novelist, has the burden to believe in everything as possible.

A M is from Flint, Mich., and has moved around a lot, entering a lot of brave new worlds — to Indiana, Illinois, Kentucky, Missouri, California, Spain and Argentina. A M has been a farmer, a groundskeeper, a librarian, a fast-food worker, a bagboy, a political organizer and a shill.

A M Wilson lives in the Bay Area with his wife and son. You can reach him at www.amwideawake.com.

Where did the idea for establishing AM Wide Awake and publishing your novel Populace come from?

I would drive through Northern St. Louis, back when I lived in middle-America, and I found it both stunning in its war-torn aesthetic and depressingly familiar. I grew up in Flint, Mich., and this is what a lot of the city looks like, but I lived in Chicago and rural areas, such as Owensboro, Kentucky, and regardless of the place, the poor seemed to be getting the raw end of the deal.

During the week, I’m up at 5:30, get ready, make coffee and out the door at 6:30 to catch my train. It’s about an hour/hour and a half commute that lets me read, write, muse, etc. Then it’s a full and often hectic workday. At the end, my commute home is often reserved for conversation or reading. I find my mind isn’t as clear at the end of the day.

Deliberately. I think it takes a lot of effort, and a few really great people who help along the way. The first version of an idea is almost always bad. The most important thing, I think, is patience with yourself to improve upon it, and then, more importantly still, persistence when it’s close to being great to keep pushing forward, even in the face of a lot of well meaning “Good enoughs.”

There are a lot of trends that excite me — the possibility that solar could be the dominant power source in my lifetime. Chance the Rapper getting nominated for record of the year for an album he self-published. Blockchain technology being used by artists to protect their IP. Autonomous vehicles, as long as they’re not made by certain companies; life on mars. In general, David Bowie songs becoming reality. A female president, one day…

I think I am very satisfied with small amounts of progress. It doesn’t matter how far you move forward, just as long as you don’t go backward. The adage “measure twice, cut once” applies here.

Be kind to people. Even if kindness is forgettable, it doesn’t come with regret.

Snapchat will be worth hundreds of dollars per share one day…

Listen. I insist that mine aren’t the best ideas and others’ opinions, especially when they come in aggregate, are probably right. It keeps me grounded and aware.

I remember when I turned the first draft of the book over to friends and family, and they had to tell me in platitudes how it needed improvement.

I’d love to see someone introduce blockchain voting at scale. Wouldn’t it be awesome to vote from your phone?

$100 in ads for my novel Populace! Probably, personally, my favorite near $100 purchase was for a couple of video game posters from this really talented artist out of Detroit. They were for classic games from my childhood and now they’re in my office.

Scrivener. I love it. It helps me write in chunks and compile sections. Plus it’s easy to move things around. It’s hugely helpful.

“Populace“, of course… but seriously, I think In Dubious Battle is up there. It chronicles a migrant strike in Northern California back before World War II, and I feel like the conflict it highlights persists to this day.

“I decline to accept the end of man,” — William Faulkner. The whole speech is terrific.