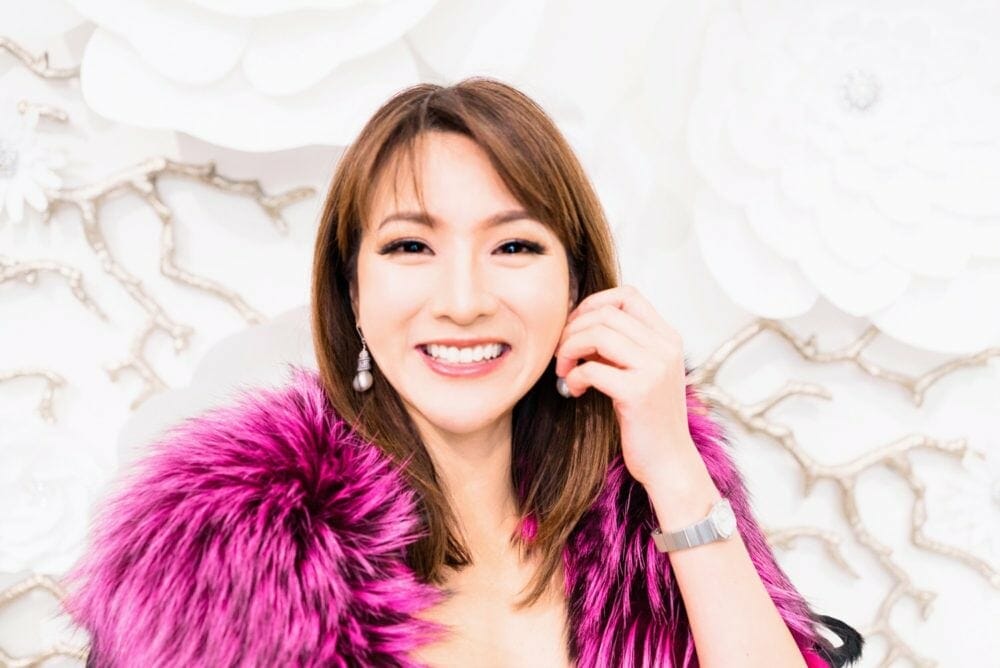 Focus on your own development and do not worry about how people look at you.

Born in China’s Hunan Province, Amy was secretly raised by her grandmother in a small rural village far away from the city where her parents lived. Five years later, Amy returned to the family fold to greet her baby brother, but the impact of her earliest years close to nature left a deep impression on her. Amy grew up liberated in spirit, inheriting the fearlessness of her grandmother from those early years.

She studied intensely, earning top grades, and aspired to reach her goal to be a scientist like her idol, Madame Curie. She earned her BA in marketing and computer science, and eventually an MBA. After graduation, she was hired as a management consultant in Chicago.

While living in Chicago, however, things took a very different turn for Amy. She studied improv at the legendary Second City and attended acting classes. She soon was cast in several TV projects, including “Shameless,” “Chop-Chop Chicago,” “Chicago PD,” and films “Time Sentry: The Box,” and “Ju-Yuki.”

Amy relocated to Los Angeles in 2016 and continued her stage work in the play “Wonder Women.” Her film work includes “Samurai Cop 2: Deadly Vengeance,” “Tales of Frankenstein,” “Street 2 Death Fight,” “The Man Deletes Everything,” “James Dilemma,” the award-winning film “Whisper,” and “Zalla” in which she stars in the title role. She received the Best Lead Actress Award at the 2017 Canada Golden Maple Film Festival.

Always focusing on honing her skills, Amy studies with private coach Vincent Chase and continues polishing her technique at Beverly Hills Playhouse. She also participates in beauty pageants and was recently crowned Ms. Los Angeles. She will represent Los Angeles in the upcoming Ms. Corporate America pageant in Orlando, Florida in April 2018.

Amy started producing movies since 2017. She is executive producer on the sci-fi short “Zalla,” and co-producer on “Street 2 Death Fight,” and a few other projects. She co-founded Hollywood Dream Lab, a company dedicated to promoting diversity in Hollywood productions.

Amy’s corporate responsibilities have been in the banking and high tech sectors, working for such top companies as JPMorgan Chase & Co. and Apple Inc.

As minority in Hollywood, there are not many roles that can represent us in the mainstream. Hollywood Dream Lab came from the idea to provide a platform for talented filmmakers to collaborate and make movies and TV shows that reflect diversity and inspire people around the world.

I typically have an 18 hour work day. My time is divided between my job as a banker and my job as an actor/producer. I plan the week ahead and set goals for the day each morning.

Write it down first, collect resources and put together a team to execute.

More minority leading roles in major movies and we should not make it a big deal about it, because it should be this way.

Maintain a simple and organized life.

Focus on your own development and do not worry about how people look at you.

I’m obsessed with cleaning. I remember a story from a long time ago about a Japanese minister who was once a janitor. She would clean and sanitize the toilet to the point she could drink water from it. A clean home and office helps to maintain a clear mind.

Take some time out each day to meditate.

Working with the right people.

Doing too many things at once. I ended up exhausting myself and having to rethink life. Now I still have many things going on, but I allocate my time based on priority and focus on only one thing at a time.

A pod for hot yoga/pilates, with all the elements built in, such as climate control, sound, video, mirror, etc. It has to be portable and affordable. I will be the first customer.

I went to Blick recently and bought $100 worth of supplies. I plan to make an art piece to donate to ‘Art Loves Charity,’ for its first art exhibition. It fulfills my creativity, while helping my charity.

Google Maps. I use it to get around the horrific Los Angeles traffic.

“Integrity” by Doctor Henry Cloud. Integrity is fundamental to build a successful and sustainable business and society.

* Maintain a simple life and stay focused and organized on a daily basis, while taking time to reflect and recharge.
*Follow your passion. Do all the right things. Have confidence in yourself and leave any judgments to God.
*Collaboration is the key to success and choosing the right people to team up with is critical.
*Any idea that comes from passion can be fruitful.