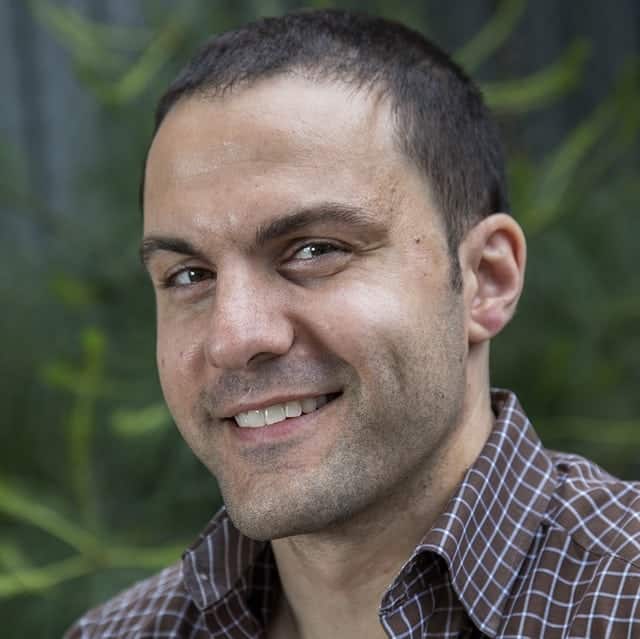 [quote style=”boxed”]Every single time you meet someone and get their business card, write them a follow-up email that same night. It doesn’t matter if you barely have a useful reason to connect with them. If you liked them, and you spoke for more than 5 minutes, then you can write them a short email offering to help them with [however you can add value]. If you end up having a good exchange after that, suggest migrating the discussion to coffee and scheduling it right there on the spot. And after that coffee, it is appropriate to connect with them on LinkedIn.[/quote]

Andrew Cohen is the founder & CEO of Brainscape. He has long been obsessed with both learning and efficiency, and he has devoted his career to helping people learn faster using the latest technologies. Brainscape — Andrew’s first company — is a web and mobile education platform that uses “smart flashcards” to help people study in the most effective and convenient way possible. It already has millions of app downloads and is among the fastest-growing education startups.

Before starting Brainscape, Andrew spent nearly a decade developing eLearning solutions for large corporations, U.S. government offices, the United Nations Development Programme, and the World Bank, across four continents. He has a Masters in Education Technology from Columbia University and can be found on Twitter at @acohenNY.

Where did the idea for Brainscape come from?

In a previous life, I worked in the field of international development . During stints in both Panama and Martinique, my job required me to be very sharp in both Spanish and French. But my college classes and Rosetta Stone were not enough to get me to the level I wanted to be.

To help me study my way, I developed a simple Microsoft Excel program to drill myself on vocabulary and verb conjugations in a way that made more sense for my brain. Before I knew it, the program grew much larger, and it helped me learn faster than I had ever thought possible. My friends had even started asking for me to share the Excel program with them — so they could use it for other subjects like Biology and Geography. My little app had some growth momentum!

This led me to change career paths and get a Masters in Education Technology, where I developed a more advanced Java prototype of Brainscape and wrote about the cognitive science principles behind my new learning method. The momentum gained in academia attracted some of the top software engineers, startup investors, and Education industry executives I could find, and the Brainscape team was born.

I usually wake up around 8am and spend my first two hours exercising, walking my dog, and getting my thoughts straight for the day. I’m usually not in the office until around 10am (or even later if I have one of my frequent breakfast meetings with investors or other CEOs). But I end up staying here late into the evening.

A typical day in the office consists of 90% “communications” — including emails and meetings with Brainscape teams, individual employees, consultants, investors, and outside investor candidates. I tend to ignore those “productivity” experts who shun email and meetings as if they were evil. Being a consistent communicator (without micromanaging) is a CEO’s most important job.

The downside is that “non-communication” work (e.g. PowerPoints, project planning, filling out Ideamensch interview questions, etc.) usually gets left for evenings and weekends. This is the case for almost every startup CEO I know. You have to put in the hours.

My biggest ideas usually come to me when I’m not at work: like when I’m exercising, showering, or trying to sleep. I constantly send myself emails with ideas, so that I can “act upon them” once I’m back at a desk.

Big new initiatives (product, marketing, etc.) usually end up in a Google Presentation that I send to a particular Brainscape team for feedback. After we have some virtual debate using the “comments” feature, we set up a meeting where everyone argues with me about why my idea sucks, and we usually end up somewhere in the middle. Collectively, our team’s ideas are much greater when we put our heads together than they would ever be individually.

Virtual Reality. For nearly 20 years, I have been saying that Virtual Reality will be the most significant technology of this century — for better or worse. But most people have dismissed it since the heavily hyped prototypes of the 1990’s ended up being a flop.

Now, however, modern technology enables innovators to create Virtual Reality experiences that are now physically indistinguishable from the real world. Everyone I know who has ever put on an Oculus Rift for two minutes has had their mind absolutely blown. This technology will almost certainly become mainstream in the next few years, starting with hardcore gamers.

The future applications of Virtual Reality — from education, to training, to therapy, to teleconferencing, to movies, to games, to pornography, to entire “second life” simulations — have barely seen 0.01% of the light of day. Everyone should keep an eye on this trend and should simultaneously be very aware of any research that sheds light on what such virtual immersion could do to our brains.

I’m obsessed with efficiency. I see that as a trend in almost every successful entrepreneur I know. We are constantly looking for “life hacks” (e.g. gmail plugins, apps, keyboard shortcuts, ways to offload work to assistants, etc.) that will enable us to work less and free our mental bandwidth for higher-level tasks. If a CEO has to spend too much time doing administrative bullshit, s/he will never grow fast enough to meet the needs of a demanding company.

What’s the worst job you ever had, and what did you learn from it?

One time in college I worked as a cashier at a sketchy, unsanitary Chinese restaurant, where I was the only person who did not speak Chinese. I used the awkward opportunity to try to learn as much Chinese as I could. Even though I got laid off (probably because of poor cultural fit), I emerged with some new friends and some basic Chinese that would serve me well when I moved to Shanghai later in my 20s.

I would focus on building the brand first, before paying a software developer to write a single line of code. For most first-time entrepreneurs, it seems silly to spend time ($20k+!) working with designers and marketers to refine the logo, website, and marketing messages, when you don’t even have a fully working product yet. But the amount of value you create by iterating on customer & investor reactions to your marketing is worth far more to your ultimate product development activities. And in the process, you will have developed a mass of supporters and evangelists ready to help pimp your v1.0 product once it has actually been developed.

What is the one thing you do repeatedly that you would recommend everyone else do?

Every single time you meet someone and get their business card, write them a follow-up email that same night. It doesn’t matter if you barely have a useful reason to connect with them. If you liked them, and you spoke for more than 5 minutes, then you can write them a short email offering to help them with [however you can add value]. If you end up having a good exchange after that, suggest migrating the discussion to coffee and scheduling it right there on the spot. And after that coffee, it is appropriate to connect with them on LinkedIn.

Remember that you should do this immediately after meeting someone, because once 24 hours have gone by, you will probably never do it. You’ll just have a collection of old business cards that could have added value to your network but have otherwise wasted their opportunity. Cultivating your network is the most important investment that you could be making.

Build yourself a strong network of innovators and thought leaders in your particular domain. This takes years and hard work. Then, build a product that people absolutely love. If you have fostered your network well, and your product is great, then you will have an army of advocates who are happy to pimp your brand. Few products have become uber successful without a strong core of initial evangelists to get it past the early-adopter tipping point.

I began building my product with a consulting company. While that sounded like a good idea at the time (I need to build a v1.0 asap!), it ended up screwing up the early dynamics of a product team. I actually cannot name a single successful tech company whose core product was built by an outside firm for cash and no equity. Doing so is usually a cop-out for a non-technical founder who could not succeed in building an actual team himself.

I overcame this by spending 90% of my time hustling and trying to find the best software developer(s) I could to join the team. This is the hardest thing in the world if you have little cash, little tech cred, and a thin network of engineer friends. But it is possible. You have to be a tenacious hustler and tell a huge story. Get out there. Remember that your tech team is your product. The are the entrepreneurs, and they (and their equity) are the reason that a company might eventually pay millions of dollars to buy you.

What is one business idea that you are willing to give away for free?

TVClosure.com. A crowdsourced “fan fiction” site dedicated to cult TV shows that were prematurely canceled. The wiki would allow core fans to write/curate alternative endings that can help hard-core fans receive “closure” after being abandoned by the cancellation.

What is something about you that few people know?

I am unhealthily obsessed with my dog — a French bulldog named Georgette. I spend too much of the day thinking about her and what tricks I want to teach her next. The development of her skills and personality fascinates me. I secretly would love to be a dog trainer in another life.

What software programs do you use? What do you love about them?

What is one book you recommend our community should read, and why?

This is a hard one, but I’d probably say Made to Stick, by Chip & Dan Heath. This is an enjoyable book about what makes ideas “sticky” and spreadable. It is the most important skill for any entrepreneur to have.

The blogs of venture capitalists Fred Wilson, Brad Feld, and Mark Suster. And as trendy as they are, I’d also include most of the books by Malcolm Gladwell.