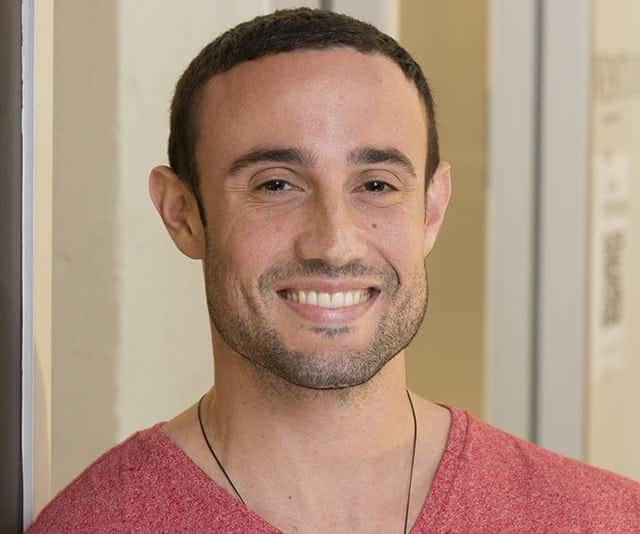 Aris Michalopoulos is the founder and CEO of empeopled, a community-based conversation platform that delivers its users a feed of high-quality content and conversations related to their interests.

Prior to empeopled, he worked at Citadel Investment Group, where he was a director of crude derivatives trading. Empeopled is Aris’ third social media company. He founded college social network WhoUp.com in 2004 and mobile social networking exchange application Snex in 2008.

He holds a degree in economics from the University of Chicago, where he graduated Phi Beta Kappa in 2005. Aris is passionate about transforming social media into a medium of action and believes that by bringing political structure to social tools, we can help solve the world’s biggest problems. He is a 2014 Fellow in the Startup Leadership Program in Chicago.

Where did the idea for empeopled come from?

It came from my disappointment in the poor quality conversation typically found on social media. No, I don’t need to see the top 10 hottest celebrities or cat memes ever again, and I’ll be fine without seeing your witty one-liner caption too. It came from a frustration that we’re using the Internet as a tabloid when it has the potential to be so much more. We rarely use social media to facilitate real action despite its demonstrated effectiveness for change (the Arab Spring being a perfect example).

Ideas just flow as a part of everyday experience. I’m always automatically thinking how things could be better or improved. It’s the ideas that won’t go away that you then figure out how to go about executing. Then usually it’s a matter of finding the easiest and most economical way to create a prototype/demo. That’s the first couple of steps in a series of milestones that the idea has to survive.

What’s one trend that really excited you?

Social and political change empowered by technology and accelerated by entrepreneurship. The idea that businesses have now taken the lead, through technology in changing old, entrenched interests to improve society is at the heart of what empeopled is trying to do.

It’s a tie between perfectionism and persistence. Perfectionism, with the caveat that it doesn’t inhibit you from releasing and iterating on your product, motivates you to constantly improve your product. Persistence because many obstacles and trials are in the way of your success and only determined effort can overcome them.

The worst job I’ve ever head would have to be laying sod. From that experience though, I learned the importance of scale by realizing the opportunity cost of manual labor. You can only do one thing in manual labor, servicing one thing at a time, which is a hard way to make money or be productive in scale.

I’d do more research up-front so that I could build a better, cheaper, faster minimum viable product (MVP), freeing up more resources to iterate and acquire an audience.

I always engage in dialogue with the people who use my site to re-evaluate and iterate to a better product. I can’t imagine not doing that.

Talking to everyone who will listen, at all times and in all places.

You never know who you’ll talk to. They may have ideas for you and are sometimes willing to expose you to their audiences. We had one person invite their entire group to empeopled because of falling in love with the idea after a few conversations. There’s no way I could have predicted that, but by opening the door, opportunity can walk through.

I’d like to see the concept of Bitcoins be applied to other virtual goods. I’m imagining a more cryptographically secure web powered by voluntary nodes (servers) incentivized by mining for domains instead of Bitcoins, for example. Basically TOR meets Bitcoin, though I’m not sure how technically feasible this is.

I believe technology, specifically the Internet, will save democracy in our lifetime.

Quora is one of my favorite online tools, in the fact that it demonstrates that there’s value in intelligent social media – an important principle for me and my business.

The Origins of Political Order is a dense but very readable academic work that is a foundation for our modern understanding of politics. It looks at how politics has evolved, its purpose and with some of our own imagination, how it can evolve on the Internet.

Satoshi Nakamoto for his pioneering accomplishments in crypto currencies, Francis Fukuyama for his masterful retelling of political history, and Bill Gates for showing us how wealth and vision can combine to make the world a better place for everyone. These three have inspired me to envision a brighter future for humanity through technology.