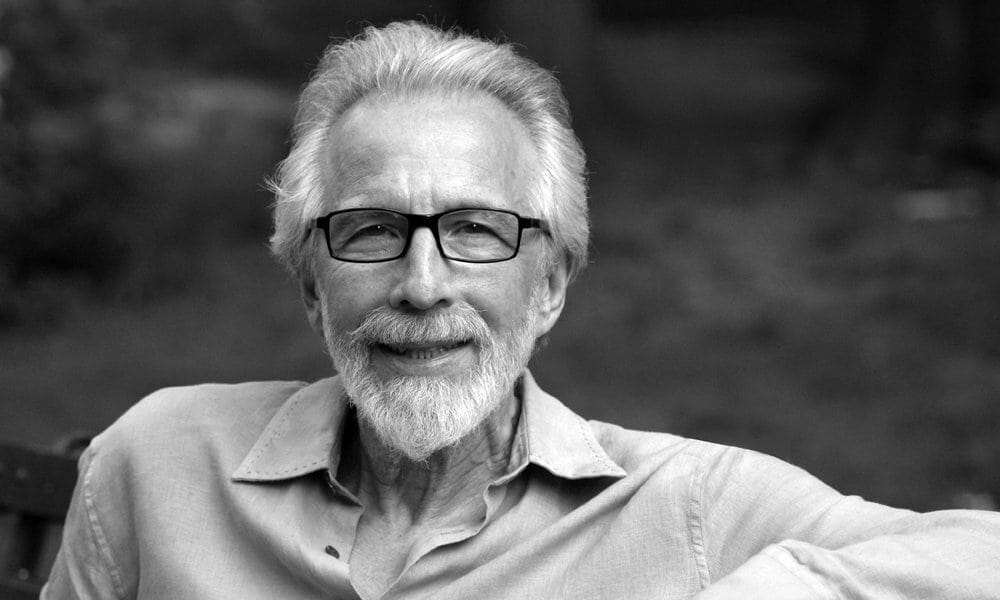 Don’t run away from problems. Instead, strive to develop the emotional and rational capital that helps you through fear, discouragement and loss.

Arnold Siegel, American thinker, philosopher and mentor is the founder of Autonomy and Life and the sole teacher of its classes and coursework. His original coursework represents and offers a philosophic framework that houses the forms and processes that shape the responsible behavior expected of the autonomous subject in America. Its end? An individual’s confidence through the thick and thin of possibility and adversity. In short, though the autonomous subjects’ executive responsibility is regulated by the nation’s social laws, this revolutionary education empowers them with the freedom to create and enjoy lives of their own design.

Siegel founded Autonomy and Life in 1985 after ten years of a rigorous, self-guided course of study that addressed the problems of dispossession and existential angst. For more than 35 years, he has been teaching the means, distinctions, vocabulary and perspective to live a meaningful, successful and contributive life in this ever-challenging, highly competitive world. Through the ongoing classes and coursework of Autonomy and Life, he has directly touched the lives of more than 5,000 participants committed to acquiring the emotional and intellectual skills that enable an executive capacity at self-control and self-government.

Siegel leads 12 advanced classes each year in New York and Los Angeles and conducts two retreat workshops in Southern California. He spends the remainder of his time in his Northern California home and is currently working on a book titled, How to Think About Autonomy and Life. He also writes the posts to his Autonomy and Life’s blog and has been designated “Top writer in Education” by the curators on Medium.com, where he frequently publishes articles.

Born and raised in New York City, Arnold Siegel moved to California in 1960 as a young accountant. He found work at a growing firm in booming Los Angeles. Before his 30th birthday, he was named partner—the firm’s youngest accountant to ever hold that title. In 1970, he relocated to San Francisco and took the managerial reins of the company’s Bay Area office.

In 1973, Siegel added his management expertise to California’s real estate industry. As chief operating officer and partner in a rapidly growing Bay Area development firm, Siegel spearheaded the planning and construction of a major waterfront residential community—one of the largest built in the region to date. In 1977, he opened an accounting firm that mixed traditional accounting practices with cutting-edge training in the skills clients needed to achieve their marketplace vision.

Siegel’s next venture, launched in the early 1980s, was a satellite network that, at its height, broadcast simultaneously to more than 20 cities across the United States. Many regard the network as an early forerunner of the consumer internet, which wouldn’t exist in anything resembling its current form for another decade.

Throughout his early career, Arnold Siegel never stopped wrestling with issues of autonomy—and, in particular, the relationship between the personal freedom to which all humans are entitled and the social rules that govern public life. More than 40 years later, Siegel’s journey continues.

Where did the idea for Autonomy and Life come from?

It came together as a result of my regard for personal freedom and my recognition of the sophistication, skill and intelligence needed to fully embody autonomy. My classes and coursework address what it takes to live our lives with a creative individualism and discipline that become almost second nature. I teach participants the transformational skills necessary to refine the coarseness of life.

As a contemporary American thinker, most of every day is spent contemplatively, thinking, reading and writing. I’m known for telling my students that yesterday’s thinking is today’s circumscription. This effort also leads to the pedagogy I teach in the advanced classes and retreat workshops. In the main, except when I am teaching, I work at home. Weather permitting, though, I may be found in one of the local coffeehouses or outside on my town’s small plaza addressing the next step in today’s thinking.

I bring ideas to life by really working through and editing my thoughts. Valuable ideas don’t come to me in one fell swoop, nor do I think of them as “out of the blue.” The history of civilization is a long and winding dialogue. My part in it originates from certain and definite values, including faith, love and hope: Faith in the value of living by principled practices; love for humanity, for the products of its workmanship and for what can be considered its genius—the civilized spirit; and hope for the evolving discourse of civilization. I am intent on furthering my students’ ability to be a determinant in the course of their own lives and a positive factor in the possibilities for others. This is the impact I hope to have on the course of human affairs.

It is a deeply cultural development and one I believe is now trending mainstream. It is the turn away from metaphysics as an explanation for visible and invisible phenomena. I think it is a mistake to use metaphysics to support your thinking. In fundamental ways we do not outgrow superstitious beliefs even when we can see that the effects have been harmful.

I am industrious and not easily discouraged. In fact, I wake up each day inspired and eager to face the cognitive and business challenges of the day. Also my staff has been with me for decades and each person is always ready and prepared to do what is next. I also run my life off my schedule. If it’s on my schedule, then I do it!

I couldn’t have done my life in any other way. My life has been a series of decisions made amidst the conditions and circumstances I was involved in. It’s hard to see it any other way. The only way I could have arrived here is inextricably bound to the way my life played out.

I am a thinker, and one of the jobs of the thinker is to examine conventional opinions and beliefs to see if they hold up to rational scrutiny or if they are based on superstition, prejudice, a corruption of principle, etc. My distinction about the quality, integrity and interdependence of the ego function is unique. There’s no room here to go into the details of the distinction, but I address it frequently in my blog posts.

Life presents us with a series of problems requiring solutions. I don’t think there is any permanent solution to life’s challenges—novelty, contingency, a downturn in the marketplace, competition, bad luck, etc., can always undermine your business. As a result, I don’t run away from problems. I am industrious and not easily discouraged. The same is true of my staff. We have all developed the emotional and rational capital that helps us through fear, discouragement and loss; the kind of consciousness that is displayed by expansiveness—generosity, gratitude and compassion; and the kind of substance that shows up as resilience. In other words, we’re not quitters, and this is the foundation of all our strategies.

As often happens in relationships of any kind, problems surface. The company I owned with my business partner didn’t fail, but the partnership itself didn’t work out. It wasn’t a good fit for us. Since that time, I have remained the president and sole owner and rely on a small but quite efficient staff of long-term employees.

I recently started doing interval training after reading an article in the New York Times titled “The Best Exercise for Aging Muscles.” After a bit more research on my part, I purchased a heart monitor watch for a little more than $100 and it’s been incredibly useful in my workouts.

Aside from reading emails, texts and many of the top online news websites, I do my cognitive work with pencil, paper and a very large eraser. It’s the creative process that’s been my muse for over 30 years. My staff, on the other hand, function quite efficiently with the help of Dropbox, FileMaker and Microsoft Word and Excel with our various iMacs and Macbook Pros.

So many books, so little time. As a lifelong lover of knowledge and the plethora of information, insight, creativity, history, science, etc., available in the written word, my recommendation is to read as much as you can. For a number of big and fresh ideas that both philosophers and general readers have found exciting, I recommend “Contingency, Irony, and Solidarity” by Richard Rorty.

“I don’t know why we live—the gift of life comes to us from I don’t know what source or for what purpose; but I believe we can go on living for the reason that life is the most valuable thing we know anything about and it is therefore presumptively a great mistake to surrender it while there is any left in the cup.” Henry James, American writer.