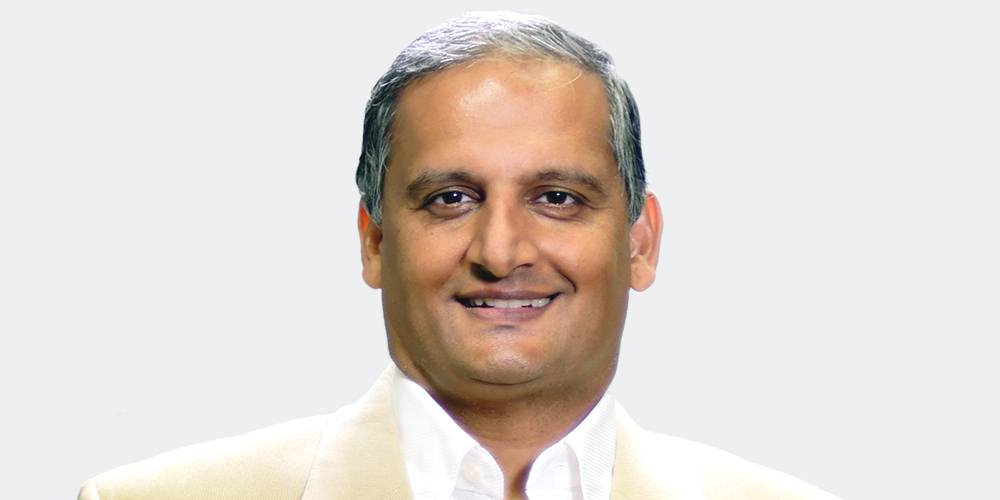 We have been through many cycles where what is cool often doesn’t make money. So by focusing on trying to monetize rather than being cool, we have been able to not only survive, but thrive

Manoj “Marty” Puranik is founder, president and CEO of Atlantic.Net, a profitable and growing Hosting Solutions Provider. In 1994 Marty and two classmates founded Atlantic.Net from their dorm rooms at the University of Florida. Operating under the name ICC Computers, they quickly developed a reputation for quality and service and in 1995 launched one of the first commercial Internet services in North Florida. In 1996, ICC ceased retail operations to focus solely on Internet connectivity. Under Marty’s leadership Atlantic.Net became one of Florida’s largest privately-owned ISPs, providing Internet access in cities and small towns throughout Florida and the southeastern United States. As legislation began making it more difficult for smaller ISPs to exist, Marty began redirecting the company.

In 2002, Atlantic.Net took-over a 25,000-square-foot Data Center in Orlando with the goal of protecting businesses with an online presence from data loss or downtime. Today the Hosting Solutions business is profitable, growing, and operates with little to no debt with Cloud Hosting Services available globally in London, New York, San Francisco, Toronto, Dallas and Orlando. Marty’s strengths as a leader and visionary have helped him lead a successful business for over 23 years, even through the dot.com bust and housing bubble bust. Atlantic.Net thrives thanks to Marty’s strategic acumen, technical prowess and his valuable, old-fashioned habits of thrift, modesty and discipline. Under Marty’s leadership, Atlantic.Net was named to Inc. 500 for three years in a row and Florida 100 for four years in a row.

Marty has devoted most of his time over the past 23 years to keeping his business competitive and his staff employed – quite an achievement, particularly in this economy. Besides earning his UF degree while running Atlantic.Net, Marty is an early supporter of technology related groups such as BarCamp and others. He was also a finalist for the Entrepreneur of the Year award in 1999 and a finalist in the Best Executive category of the American Business Awards in 2003.

Where did the idea for Atlantic.Net come from?

The idea for Atlantic.Net was created because in the early 90’s there were no commercial services to provide Internet access. Since it was a new industry, you could only connect via colleges in our area.

A typical day is pretty atypical. Each day varies a great deal, but it mostly starts with follow up on emails in the morning, followed by meetings with customers, partners, or internal staff. Finally, I usually have a “To Do” list of 3 things I try to get done each day, which may include toying with new technologies or ideas.

We bring ideas to life through rapid prototyping and trying the products ourselves. We also look at existing and/or new technologies and try to put our own spin on it to solve customer problems in an elegant way.

I think the move towards clean energy like Solar, and solar/wind reaching price parity with legacy energy sources. Broad-based penetration of clean renewable energy will have a tremendous impact on our society in a positive way.

Keeping an open mind and thinking like a beginner is certainly a habit that increases my productivity as an entrepreneur. I try my best to view things in different angles compared with the status quo.

If I was giving advice to my younger self, it would be to stay in shape. It’s very important to exercise and eat healthy, especially for those sitting at a desk most of the day.

The world of cloud computing will be dominated by a new set of players, some of whom haven’t emerged yet. It is a growing industry that will continue to evolve over the years.

Keep adapting, especially in the world of technology. It’s always changing, and if you don’t continue to innovate, someone else will and may take your place.

Being conservative has really helped me grow my business. We have been through many cycles where what is cool often doesn’t make money. So by focusing on trying to monetize rather than being cool, we have been able to not only survive, but thrive.

We used a third party technology as a core piece of some cloud infrastructure that was next generation stuff, but it didn’t work. We made the mental jump to use traditional technology because the new stuff wasn’t ready for production. While we emotionally wanted to use the new technology, we had the maturity to use the older technology that worked. Often times people get infatuated with a vendor or technology that ends up sinking their business.

Make a food truck that provides really healthy food. Have it go through business parks during lunch time everyday. Many people want to eat healthy, they just need it be easy.

I bought Snapchat Spectacles, just to experiment with. They are fun!

I would say any major spreadsheet. You can solve a lot of “if-then” type problems with it, and it’s pretty cool to be able to compare different outcomes.

Try reading “Fooled by Randomness” by Nassim Taleb. It really changes the way you think about markets and the world. This book is really all about luck, and how we perceive luck in our personal and professional lives.