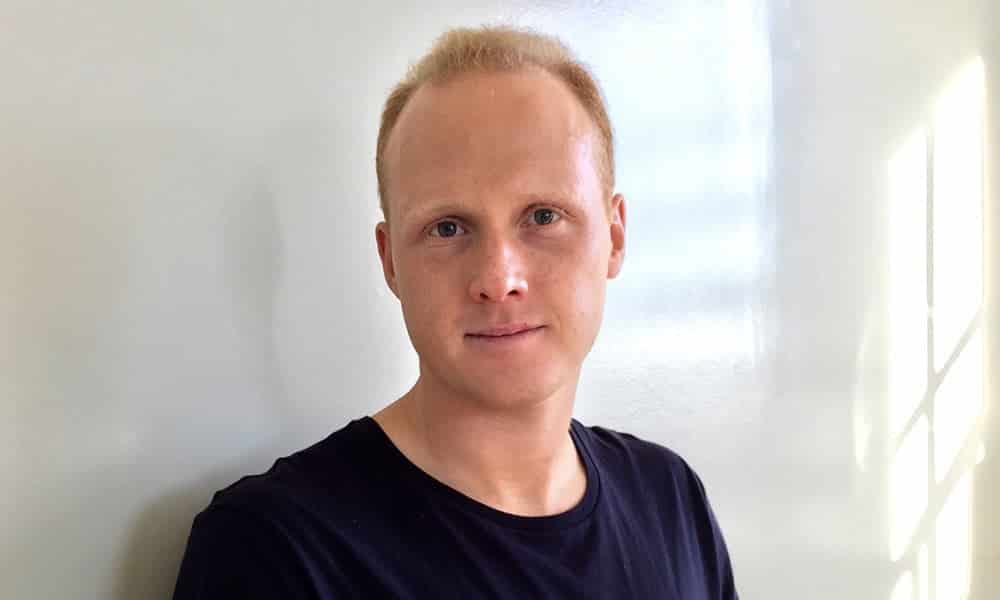 For me sleep is very important and once you lose it you start making bad decisions. Bill Clinton once said – “In my long political career, most of the mistakes I made, I made when I was too tired, because I tried too hard and worked too hard,” makes you think.

ArtomKonovalov is the founder of a new travel startup called Corner which aims to revolutionize the way we book travel. He previously worked on a travel search engine that he sold to a big travel company and worked for 3 years on a number of products. Prior to that, he was a professional swimmer for 15 years.

Where did the idea for Corner App come from?

Corner for us is a dare. The first big thing we wanted to see if we could rethink the way people approach finding flights, but not for the sake of creating a fresh new UI. But actually to rethink each step of the search and booking process to make it really simple for people to quickly browse and get a view of what’s available. To make it is simple to pick a good flight (instead of looking through 1000’s of meaningless options) and then simply checking out in the app.

The second big thing was to show people that there are actually lots of places to go at any time for a variety of prices. We want to reverse the whole concept of having to book travel 6 months in advance. We think people are moving a such a fast pace that they can’t think about where to go for Christmas in June. That’s why Corner starts off by asking people about where they want to go, if they’re sure great, if not, even better.

Travel services, in general, tend to over-blow what they do and how magnificent their features are, we just want to make it really easy for people and get out of the way. This is definitely a different approach to marketing, but we hope enough people will see the benefits and start using Corner for all their trips.

Corner is custom built from the ground up, we have linked up directly with two of the biggest GDS systems to power our explore and search features and the actual flight booking is done by Expedia. You never leave or redirect from Corner.

I used to be a professional swimmer and have gotten into the habit of starting my day with some exercise. That’s every weekday I wake up at 5.30 and go for a swim then drive back to have breakfast at home and usually leave at around 9-10 for my first meeting. People tend to ask me a lot how I wake up and exercise every morning and a trick that I learned is to wake up every day at the same time. It’s a lot easier on your body and after the first couple of weeks it starts to get easier.

For me, sleep is very important and once you lose it you start making bad decisions. Bill Clinton once said – “In my long political career, most of the mistakes I made, I made when I was too tired, because I tried too hard and worked too hard,” makes you think.

I like to observe what people do, not necessarily from a perspective of seeing what they are doing wrong but just generally study them. The best ideas for me come when I take two things from different worlds and put them together. Like, a product feature that was taken out of a real life solution.

From a nerd’s perspective, it’s interesting how everything is progressing with autonomous vehicles. It seems that everything will change once we get them and even the companies that build the cars will be very different from the brands we see today on the road.

Mentioned this earlier, taking the time to do sports almost every day. You think you’ll feel tired after you do it, but it actually builds up your endurance, so when most people get tired you actually have more strength to continue your day.

I was working for a big company that acquired my first startup, closer to the end they offered me to go work with a guy on a project that I didn’t believe in and what made it worse, I didn’t like the person who they wanted me to work with. But I went because my bosses really praised him and I thought I was wrong about him. Turned into the worst 3 months of my career.

It’s really important to start thinking about how people will find out about your product really early on because even if you build something great but your only way of attracting attention are ads, you’re going nowhere.

Asking the question of what problem are trying to solve. You can ask it about any task that you have, usually we spend a lot of time picking the right problem to solve before thinking about a solution to the problem.

We focus a lot on loyalty because I a person picks a flight and ends up booking somewhere else because it was a couple bucks cheaper, it doesn’t mean that you should lower your prices it just means there isn’t enough value for him to stay with you. We help first time customer as much as we can before their actual flight because if they are happy they will be the ones to tell everyone else about our product.

I would say in general entrepreneurs fail at something every week. It’s just part of the game and you are always trying something new. When I was an athlete I got to a point where I understood that a balanced mind was key to improving and moving forward. So whenever I would do badly at a competition I would have one bad day after that and then I would just get back to work because I knew that next time I could do better and try again.

Recently, I had to find an apartment, as I was relocating back to SF. I quickly realized that the best place to do it was on Craigslist because most people don’t want to pay commission to realtors. At some point I, though, isn’t it strange how I’m in the tech capital of the world in 2015, with self-driving cars right around the corner and I’m still using a thing called Craigslist. Someone should go and build the next craigslist.

I recently bought a Soma water pitch because I think we need to drink less water from plastic bottles that really make a bad impact on the planet.

I very critical about a lot of things that I use, so it’s hard from me to say that I really like something. I really respect Uber for not just creating an app but making an entire offline experience a lot better. You still have to stand in line at most airports to get a cab and when you get into one you quickly understand why people don’t want to use them anymore The drivers are mad at the world (and Uber) the car smells and you always have to give them turn by turn navigation. So I think that’s a good piece of technology.

It really hard to balance creativity and making constant progress on the product because things take the time to build. A book I recommend a lot to people that have the same problem is by one of the founder of Pixar Ed Catmull – Creativity Inc.

I’m a big fan of podcasts and learn about new people through them my favorites are: