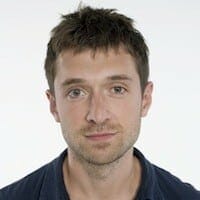 Thrillist Co-founder and CEO, Ben Lerer graduated from the University of Pennsylvania in 2003. Immediately following, the native New Yorker returned to his home city to work with hotelier Andre Balazs in operations for his two Los Angeles Standard Hotels, The Raleigh Hotel in Miami and Hotel QT in New York.

While living in New York City, Lerer recognized the need for a no-BS city guide that didn’t cater to tourists or the Zagat-minded and in response launched Thrillist in 2005 to address the lack of funny, actionable information available to young men. Just five years later, Thrillist has developed into the leading men’s digital lifestyle publication with over 2.5 million daily subscriptions in 18 localized markets in the U.S. and the U.K. Thrillist was listed as no. 93 in Inc Magazine’s 2010 list of the 500 fastest-growing privately held companies in the U.S. Most recently, Thrillist expanded its footprint into e-commerce by acquiring members-only online retailer JackThreads.com and launching a localized deal site, Thrillist Rewards.

Lerer oversees business development, advertising sales and marketing efforts for Thrillist, in addition to managing the company’s 90+ employees. In the last year, Lerer was among Crain’s “40 under 40” class of 2010, AdWeek’s “Digital Hotshots,” NY Enterprise Report’s “Game Changers of 2010” and no. 4 of Silicon Alley Insider’s “100 Coolest Tech People.” He has been featured in the New York Daily News and Inc. Magazine’s 2009 “30 under 30” list of successful entrepreneurs. Over the past year, Lerer was also featured on Bloomberg TV’s “Venture” and Wall Street Journal’s “MarketWatch.” He serves on the Board of Directors for the East River Development Alliance, a New York non-profit organization and is an Associate Member of the International Academy of Digital Arts & Sciences (IADAS). Lerer is also the Co-founder of Lerer Ventures, a New York based Angel fund investing in media and technology.

Right now, we’re working on launching a new program called Thrillist Rewards – a customized, limited-time-only local experiences platform delivered weekly to our guys. We’re introducing a unique approach to the local deal space by delivering offers that are far more creative and editorially driven than what’s currently being offered by other publishers in the market (like endless beer and ribs or street fighting lessons with NYC’s top ass-kicker). We just started to roll out Rewards in New York and will be expanding to other cities soon.

1. The convergence of content and commerce.
2. Brands getting more comfortable spending online.
3. Localization of media.

By surrounding myself with a team of really smart people who help me to do that.

My dad, my wife, my co-workers and cheeseburgers.

One mistake we’ve made a hundred times is ignoring the tiny gut feelings because they may be inconvenient. We’ve always paid for that in the long run and have learned to try and not ignore those little inklings.

I know it’s messed up but the book Blow: How a Small Town Boy Made $100 Million with the Medellin Cocaine Cartel and Lost It All inspired me. I read that book and decided I wanted to become an entrepreneur.

If you build it, will they come?

No. Unfortunately, stuff does not work that way.

Which of your friends do you like the least?