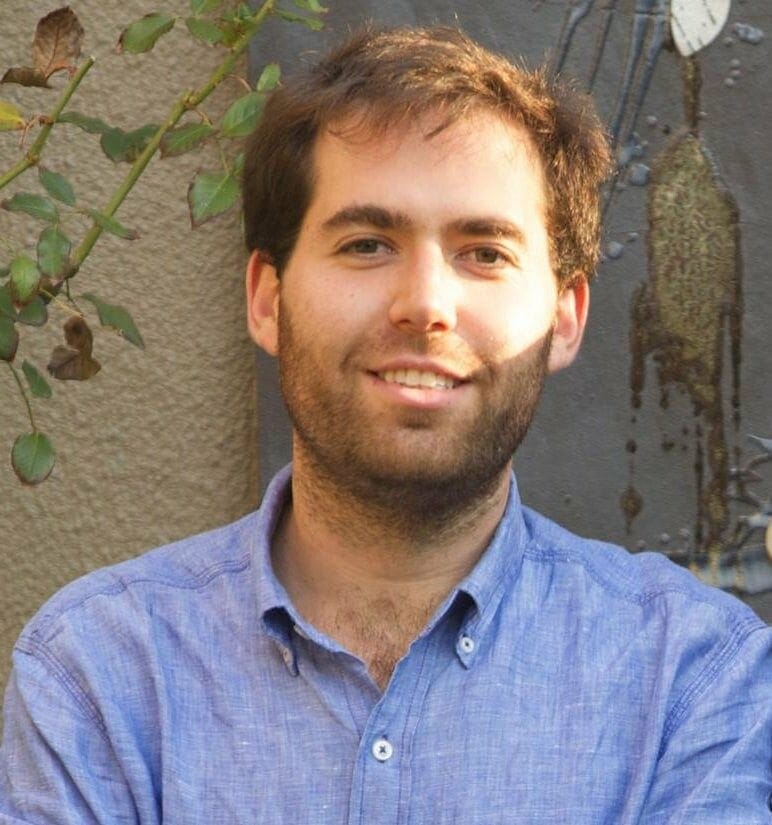 Ben is a South African documentary producer and director who has been working in Los Angeles since 2011. He runs a documentary collective workspace called the Interesting Institute, and he has just launched his first feature film, Taking Stock, a documentary about family business in South Africa, told through the lens of Ben’s father’s 80 year-old family business. His work focuses personal stories and environmental issues.

Where did the idea for a documentary film collective come from?

My first documentary film, Taking Stock, was being completed in 2016/2017. Being in an independent creative field like documentary film can sometimes feel very lonely, as you work for long stretches on projects which are intimate, slow-moving and private. I wanted to create a space where people could come together to share resources, energy, and ideas, and have someone who cares whether they show up every morning, even when we’re all working on individual projects.

I like routine, so even though I’m a freelancer, I try show up at the same time every day. In our collective we have between 6 and 10 members, and the facilities for people to work, chat, screen new projects, and have roundtable creative discussions. I love it when people share ideas with each other, and when these ideas turn into new work. Our collective has people I have worked with on several films, including my first feature.

Making a documentary is a marathon-like process, so it’s about taking it step by step, first with research, then fundraising, then pre-production, production, post-production and then distribution. Each step can take months or years, so it’s imperative to keep one eye on manageable small tasks, to avoid feeling overwhelmed.

I think by far the most important new development in the realm of documentary and independent film are the new distribution channels available to films. It can be overwhelming for a content producer and consumer, but there are now more ways to see more interesting work from more parts of the world than ever before, whether through new online platforms, or through disruptive theatrical release strategies. This means there are more ways to connect someone with the right audience. In our case, my first film is about a Jewish family business in South Africa, and I have been able to connect with family business, South African, and Jewish audiences which I may not have been able to do 5 or 10 years ago.

I try go to the gym every morning. Actually the part that makes me more productive is the short walk home after the gym, where my head is clear. I don’t have my phone with me, so it’s when I get 15 minutes to arrange my thoughts and make a plan for the day. It makes me feel very zen.

Bad driving is an unforgivable sin. I don’t understand why it’s tolerated as much as it is. Almost every political discussion, cultural position, or philosophical debate is complicated, but this one seems to me to be very simple – bad drivers should be banned from driving forever, the punishments should be extremely severe, and there should be greater focus on moving away from daily driving, considering how dangerous it is. I think in 50 years we will be flabbergasted that people drove around in speeding metal boxes.

Write lists. They take the strain off my brain of holding too many pieces of information at once. The actual process of writing lists is therapeutic too, I think, although I base that on no 3rd party evidence.

We have partnered up with organizations with similar visions and agendas. Doing so has been a great way to meet new people in the same field, share ideas, and keep our energy vibrant. For my first film, it was also a way to professionally connect with people who might be able to assist in completing the project, without it being a constructed networking meeting.

I have no idea how to design physical space – I am pretty visually unhip… So when we tried to lay out the interior of our collective space, I think we flopped more than we needed to, because I was trying to do it all myself. Eventually I realized I needed to hand the reins over to someone who knows what they’re doing – you can’t be upset at yourself for not being an expert in every field.

Gig-Economy Interior Design – someone who you pay an affordable hourly rate to come and give you professional interior design advice.

I started a digital subscription to the New York Times. I was getting pretty tired of my 10 articles a month limit, and I love their writing.

I use Google Docs, obviously. It’s just by far the easiest way to collaborate on anything creative. During our filmmaking process, we had shared documents for our shooting schedule, creative ideas, administrative To-Do lists, and everything in between. It kept our production afloat, without doubt.

I’m currently reading “Thinking, Fast and Slow” which I can say with no exaggeration is the most interesting book I have read in years. It shows how little we actually know about what we know. It feels so useful at helping think more clearly, and it also made me realize how important luck is in any endeavor, and how important it is to not beat yourself up about an unlucky flip of the coin.