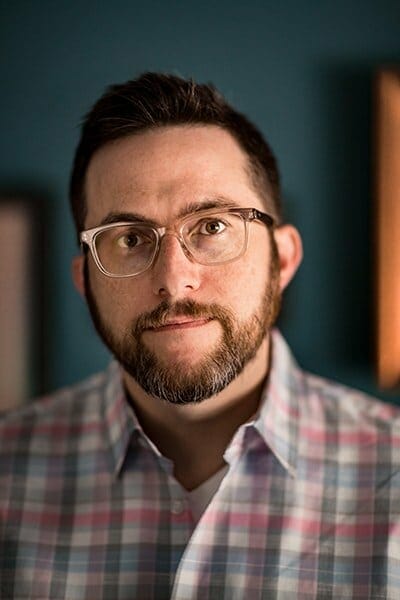 Pace yourself. When you start to have success it’s easy to get carried away with it. Take your time and move carefully.

Rostrum Records founder and president Benjy Grinberg maintains both an entrepreneurial outlook and a pronounced passion for music. Founding Rostrum Records in 2003, the Pittsburgh, PA native built a fledgling idea into an independent powerhouse with a multiplatinum, record-breaking, and GRAMMY® Award-nominated roster.

Nitty was the first signing, landing an international hit with “Nasty Girl.” During 2004, Benjy met Pittsburgh’s own Wiz Khalifa, igniting a decade-plus partnership. Benjy signed Wiz and cleverly introduced him to the masses through a combination of constant touring and a steady stream of music.

Under a deal between Rostrum and Atlantic Records, Wiz’s 2011 breakout Rolling Papers would open at #2 on the Billboard Top 200, eventually go double-platinum, and spawn smash singles such as the GRAMMY®-nominated Billboard Hot 100 #1 “Black and Yellow.” A year later, the platinum O.N.I.F.C. upheld that hot streak, while 2014’s Blacc Hollywood bowed at #1 on the Billboard Top 200. By 2016, the artist had garnered a total of seven GRAMMY® nominations.

Rostrum and Benjy ignited the career of Mac Miller, signing the Pittsburgh rapper in 2010. His full-length debut, Blue Slide Park, made history. It earned #1 on the Billboard Top 200 and became “the first independently-distributed debut album to top the chart since 1995.” Mac notched a platinum single with “Donald Trump,” while 2013’s Watching Movies with the Sound Off captured #3 upon release and rose to the top of many critical year-end lists.

Along the way, Rostrum’s critically acclaimed roster continually grows and expands. In 2017, the label serves as home to the GRAMMY®-nominated The Bird and the Bee, TEAMMATE, Mod Sun, BRÅVES, Mike Taylor, and many more. Most importantly, its artist-centric approach sets a foundation for career success.

Where did the idea for Rostrum Records come from?

Rostrum Records was born out of my idea of starting a record company focused on artist development. I believed that if I met artists early and spent a lot of time working with them that we could lay a foundation for a long and fruitful career for them.

I generally wake up around 7am or whatever time my 3 month-old son decides to wake up. Before I go to work around 9am, I like to meditate, work out, walk our dog, and spend quality time with my son. Once I get to work, I have a list of all the things I want to accomplish that day. A lot of the time I’ll have meetings with our artists or new artists that we’re interested in signing. I’ll meet with my team throughout the day to make sure we have everything covered and that we go above and beyond for our artists. We’re always looking for new ways to reach an audience for our artists. These days I leave work around 6pm and go home to have dinner with my family. Once my son is asleep, my wife and I will talk for a while. I’ll walk the dog again, respond to a few more emails and then read until it’s time to get some rest.

Teamwork is extremely important! Once an idea is fully vetted and we decide to move forward with it, it’s important to strategize thoroughly with your team. Together we think through every possibility and plan the best way to implement the idea.

The growth in music streaming. It is saving the record industry. It’s not perfect, but it will continue to get better.

Reading. I read a lot. I love reading. Reading inspires new ideas and allows you to learn from others’ experiences.

Marry Ellen (my wife) sooner. It took me 6 years to propose to her. Smh.

That’s a tough one. I’m not sure I have any radical ideas at the moment. I guess within the confines of the music business I would say: listen to your artists. Many label folks think they know better than the artist. Sometimes you may. But often you don’t. Have a discussion. Talk it through.

I constantly analyze our company structure and the ways that we market and promote our artists. The music business changes very quickly. I want to make sure we are always being progressive.

Pace yourself. When you start to have success it’s easy to get carried away with it. Take your time and move carefully.

When I was younger I would do dumb things like get into email arguments with people just so that I could prove my point. These days I know how to let things slide and how not to let things get too personal.

There is always room for better analytics in music…particularly analytics that are available to all of the independent artists, managers, and labels. Also, someone should open a soft pretzel spot near our office. I promise that I’ll be an almost daily customer.

I bought my wife flowers. Family (however you want to define it) is the most important thing.

Evernote is an important tool for me. I have a lot of ideas on the fly and I’m constantly adding them to my Evernote notebooks. I can access my notebooks from my phone or computer. I’ve been using it for years.

“Just Mercy” by Bryan Stevenson. That book opened my eyes to a lot of issues I was not fully aware of. It is very important.

How about a song lyric? -“A wise man told me don’t argue with fools, ’cause people from a distance can’t tell who is who.” Jay Z