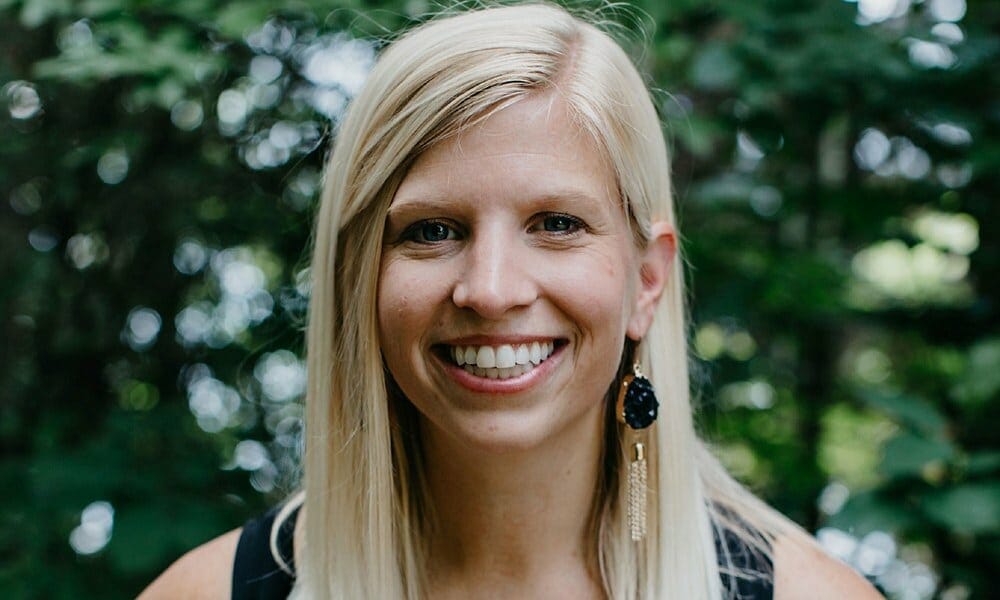 I think one of the most important habits I’ve formed is to focus on one thing at a time..and keep as few tabs open on my laptop as possible.

Before starting Tech Talent South, Betsy ran physical product development company, Little Idea. Following a successful merger between Little Idea and product development giant Enventys, Hauser Idilbi jetted off to Chicago to learn to code. It was in Chicago that she met her cofounder and they agreed to launch a code school in the SouthEast. During her time at TTS, Betsy has been named Emerging Leader CIO, selected to participate in Leaders Under 40, listed as one of the 25 people to know in the startup scene in Charlotte, named one of the 7 people to watch in Charlotte in 2016, and honored by the Charlotte Business Journal as a 2016 Woman of the Year. In her free time (insert hysterical laughter here), Betsy loves hanging out with her husband and 2 kids (both under the age of 2 and both born during Tech Talent South’s infancy – amazing). If she’s screaming at her television set, it’s probably over her alma mater, UNC-Chapel Hill. She also digs jogging, scuba diving, all things Tar Heels, and is nothing short of dominant on a Foosball table.

Where did you get the idea for Tech Talent South?

A couple of years ago, I participated in a coding bootcamp in Chicago called Starter League. It was a great experience, but there wasn’t anything like it in the south at the time. One night over a couple of beers, a fellow southern classmate and I got to talking and we both agreed we would have loved to have this experience back home…so we decided to something about it. That’s how Tech Talent South was born.

There’s no such thing as a typical day for me. Some days I’m in and out of meetings all around Charlotte, and some days I’m tackling emails from my favorite coffee shop. I try to keep my days productive by knowing when to say when. Keeping meetings or phone calls brief but high-energy helps keep me on track.

I bring ideas to life by sharing them with others. When you have the right people on your team, you don’t have to micromanage because they’ll get it done. Trusting in your team is really the key.

I’m really excited by the trend of access to/high-level use of big data. It’s such an exciting time to be a part of the data science world. We’ve recently launched a couple of courses, like Machine Learning for Business and Big Data Analytics, around that topic.

What probably contributes the most to my productivity as an entrepreneur is coffee. Just kidding! In all seriousness, I think one of the most important habits I’ve formed is to focus on one thing at a time..and keep as few tabs open on my laptop as possible. This isn’t always easy and doesn’t always work out, but focusing on a single task, even if it’s just for a few minutes, goes a long way for my productivity.

One of the most interesting job experience I’ve had was working in a customer service role at a department store during my college years. I sat in the back in a corner and there were regular shoplifting incidents so it wasn’t the most fun time. On the bright side, I sat near the gift wrapping station so I can tie a mean bow!

One thing I try to do regularly is give positive feedback to my team. Sending someone a personalized thank you or giving them a compliment on a job well-done takes so little effort but really contributes to a sense of not only accomplishment but also belonging.

One of the strategies that has helped us grow as a business is to really commit to becoming a part of the communities that we have campuses in. We currently have operations in 10 cities and in most of those cities we have a Community Organizer that handles the local operations and integrates us into the community. They help organize free events and workshops for the community as well as figure out what topics people are most interested in learning.

One of the failures I had was a program called College Cram sessions. The idea was that we would travel around to different colleges and offer two week sessions of hands-on coding practice. It seemed like such a great idea..but no one signed up, probably because most college kids don’t have the money to pay for a program like that. From that experience, I learned that not every idea is gold and you have to know when to move on and direct resources elsewhere.

I’d love to see something like a reverse Airbnb, where hotels or hosts “bid” on customers whose travel plans they can accommodate. This would be pretty empowering for the customer and allow hotels/hosts to potentially employ a flexible rate for the sake of some cash flow!

Babysitter fees, hands down. I have a two year old and a 7 month old so taking some time to decompress is crucial.

Some of our favorite tools are Canva, Over, and Buffer. Canva and Over allow our marketing team to create branded graphics almost instantly and Buffer lets us engage our remote team members in social media by allowing them to submit content for approval.

I only read children’s books right now so I’m going to have to say Pete the Cat. His mantra is something along the lines of “ just keep moving along, singing a song.” It’s just a great reminder to keep your head up, no matter what life throws your way.

I’m really inspired by Reshma Saujani, the CEO and founder of Women Who Code. I recently listened to a Ted Talk she gave about how we condition young girls to be perfect while we touch young boys to be brave. This means that young girls find themselves playing it safe and only doing things they feel they’re already good at, instead of taking risks. She relates this to how many young girls steer clear of learning to code because they’re socialized to believe it doesn’t come as naturally to them as boys and it’s really inspiring.