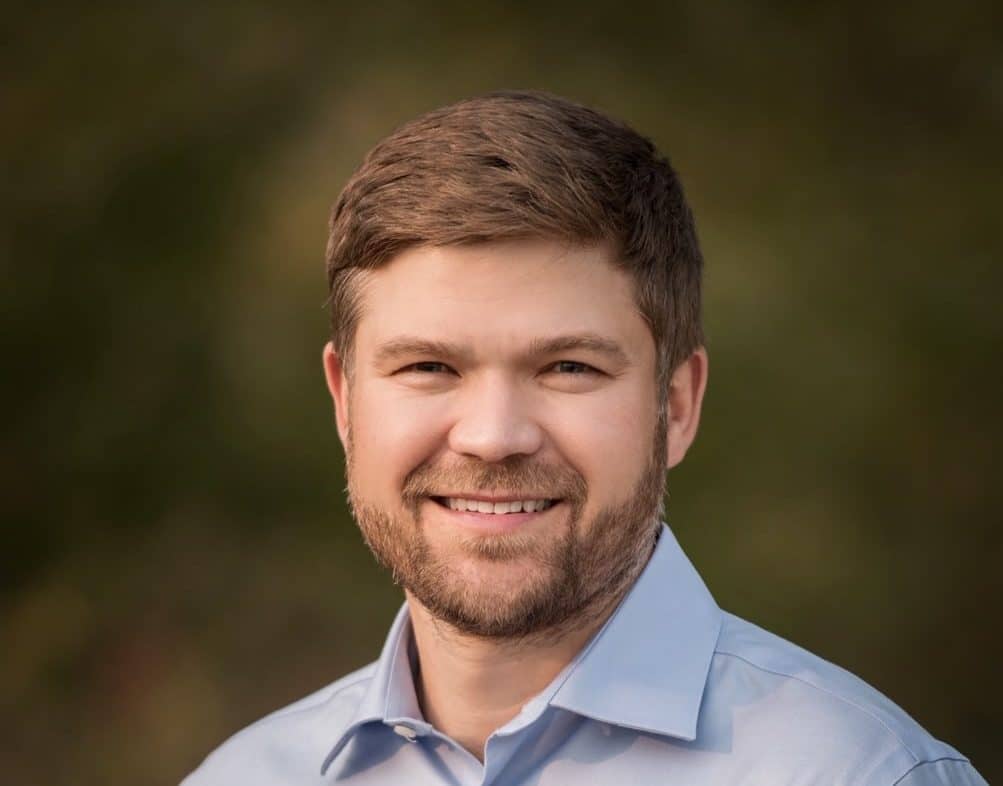 Bo Parfet, Founder & CEO of Denali Venture Philanthropy, has significant experience evaluating, conducting due diligence, and investing in a wide range of impact investments. He holds an MBA from the Kellogg School of Management, Northwestern University, an MA in Applied Economics from the University of Michigan, and a BS in economics from Colorado State University.

Early in his career, Bo served as a Research Fellow at the Financial Accounting Standards Board (FASB) and worked on Wall Street as an investment banker in corporate finance for J.P. Morgan. Prior to founding Denali Venture Philanthropy, Bo was the founder and Managing Principal at Iconic Development, a real estate development and investment company where he sourced, underwrote, developed, and managed a portfolio in the multi-family and student housing spaces. Iconic Development was listed as an Inc. 500 fastest growing company in 2012.

Bo is also an accomplished mountaineer and explorer, having climbed all of the Seven Summits, the tallest mountains on each continent, before publishing his book Die Trying: One Man’s Quest to Conquer the Seven Summits. He is a British American Project Fellow, a member of the fabled Explorers Club, and a sitting member on the Board of Directors for a number of companies and non-profit organizations.

Where did the idea for Denali Venture Philanthropy come from?

When I am on the road, my days are fun and jam-packed. I wake up around 7 am and go to bed around 11 pm. After a 10-minute morning stretch in the hotel, I logjam as many meetings as possible into my day. While Ubering in-between meetings, I tackle phone calls. Some examples of the types meetings I like to conduct are:

i) Coffee or tea at a local café.
ii) Discussions while going for a walk. I love these because they usually bring out better “energy” than a normal sit-down meeting.
iii) If someone is really busy, I offer to commute with them to work or join them on their commute home from work to save them time and energy. Plus, it’s usually nice to have some company during a time when most people tend to be alone or stay in their own worlds.

Like many others, I like to absorb a lot of information every day through a diverse set of mediums:
i) Reading books and articles
ii) Listening to audio-books
iii) Watching Ted Talks
iv) Google searches
v) YouTube searches
vi) I am a member of many organizations and groups that have regular meetings, which are always informative and engaging
vii) Utilizing my network of domain experts

From what I’ve seen, good ideas jump out rather quickly. I make sure to share these ideas and send quick materials over to my team members so they can ponder them in depth. Usually, we then have a few group meetings to discuss the idea(s) before deciding as a group whether we are on board. If so, we then move to execute. From there, tons of work and fun commence.

Whether advances in healthcare, technology, food, transportation, or energy, many current trends are very exciting to me. If I had to pick one, in particular, I would say “Liberating Yourself” from the old ways of doing things. Who would have thought that the largest taxi company in the world, Uber, would not own a single taxi, that the largest hotel company, AirBnB, would not own a single hotel room, or that the largest retailer in the world, Amazon, wouldn’t own any retail frontage (until recently at least)? There are tons of creative and cool ideas that make people money, save them time, and, in short, “Liberate” them from their old systems and patterns. Another example is the wealth management industry and its’ inherent “old and unevolved system” (my words). Most wealth management firms get paid whether they make you money or lose you money! What other businesses have it so good? I’d encourage everyone to research and learn more about entrepreneurs who have created more ethical & modern business models within the wealth management industry

When I am at home and not traveling, exercising and eating well are the keys to my success as a productive and fulfilled person. Did you know that some of the many benefits of exercise and eating well are:
i) Higher energy levels
ii) Open-Mindedness
iii) Increased creativity
iv) Longer Lifespan
v) More joy and happiness
vi) Better memory

There is a quote I heard (I don’t recall where) but it goes something like this: “It takes a tremendous of effort to make a nest egg, it takes ten times more effort to keep it”. I would tell my younger self this. A trademark for entrepreneurs is to go “all in,” but this will either go really well or really badly. I would also tell my younger self to not go “all in” with my balance sheet and stop to think through my exposure.

For as long as human beings have been alive, we have made nearly all decisions using the “survival instincts” part of our brains. In fact, even as the hippocampus, the center for reason and logical thought in the brain, continues to evolve, its strength is often dwarfed by survival responses that come with intense emotional attachments. While many might disagree with me, I think most people initially respond from instinct. I think we can only continue to evolve as a human species by prioritizing the use of our more logical and rational brain functions.

Someone once said that there are two types of pain in the world; The first one is the pain of discipline and the second one is the pain of regret. One of these weighs a lot more on the mind and the body. This is something I tend to preach at times because most people don’t plan their lives, preferring to live day-by-day. They then “look up” 20-to-30 years later and are filled with crippling regret. It is never too late to start planning your life by setting monthly and yearly goals. In fact, I highly encourage setting 5, 10, and 20-year goals as a means of syncing short-term desires with long-term fulfillment.

I found the book Blue Oceans, by W. Chan Kim and Renée Mauborgne, to be an outstanding “guiding light.” This book, without question, has helped give our organization a “razor-sharp” strategy, making the competition nearly irrelevant. We even include parts of the book in our communications and marketing materials to showcase our unique value proposition to customers.

Once, we made an investment with a company and they committed fraud. They had many investors (from very large companies to smaller individuals) and, unfortunately, we were one of them. After we discovered the uncivil action, we did all we could to make things right for the investors. I have been told that 99% of people would never have done so, but I can’t emphasize enough how honesty in these types of situations will repay you in droves further down the line.

If you have ever been to a Disney park, you will have likely experienced frustration with how tremendously long lines tend to be. It is insane to me how a patron could spend a fortune for a day pass, only to go on a grand total of four rides due to the 2-4 hour-long wait times. I think someone should create a theme park that focuses on having a surplus of rides so that there are essentially no lines. If someone were particularly creative and smart about it, they could charge a lot less, because they wouldn’t have the same overhead and massive cost structures of a public company.

A joyous memory that comes to mind is a recent day trip I took with my family to nearby Estes Park, Colorado: a cool little mountain town at the edge of Rocky Mountain National Park. My wife, two boys, and I went for a fun hike in the park. We saw elk, deer, and even a moose. We played in the rivers and streams and climbed big boulders. We also found a cool rock in the shade to sit down on and have a picnic lunch. We then headed back to town and played mini-golf, ate pizza. enjoyed some ice cream, and walked around the town soaking in all of the live music and quaint festivities. It was amazing that such a magical day trip full of photos and memories could be accomplished for only about $85.

If I did not have Microsoft Excel or my Google Calendar, my life would be pretty hectic.

“The Richest Man in Babylon” by George S. Clason is a wonderful collection of parables set 4,000 years ago in ancient Babylon that provides relevant financial advice, even to this day. This book was a rock-solid foundation in making money for me.

“It is not the critic who counts; not the man who points out how the strong man stumbles, or where the doer of deeds could have done them better. The credit belongs to the man who is actually in the arena, whose face is marred by dust and sweat and blood; who strives valiantly; who errs, who comes short again and again, because there is no effort without error and shortcoming; but who does actually strive to do the deeds; who knows great enthusiasms, the great devotions; who spends himself in a worthy cause; who at the best knows, in the end, the triumph of high achievement, and who at the worst, if he fails, at least fails while daring greatly, so that his place shall never be with those cold and timid souls who neither know victory nor defeat.” – Theodore Roosevelt.