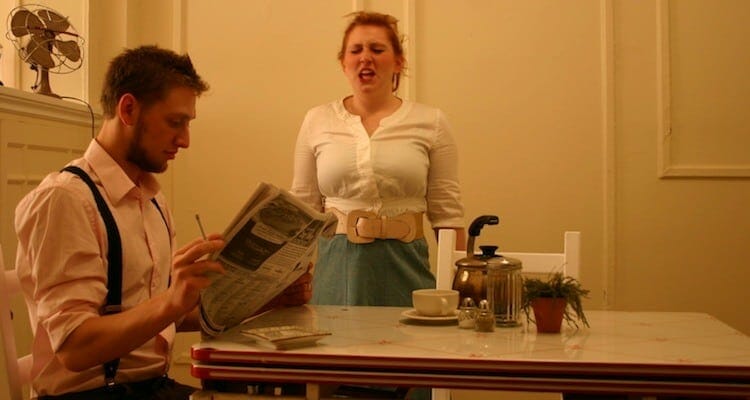 [quote style=”boxed”]It’s not nice to kiss and tell, but let’s just say I worked at a print design studio for a year building websites and web applications designed by print designers. What I learned is, you can’t make people learn what they don’t love.[/quote]

Brandon Weiss is a programmer from Chicago, Illinois. He works on a variety of projects, the most important of which to him is MyZeus. His weapon of choice is primarily Ruby, but with the advent of CoffeeScript, he could maybe see dual-wielding in the future.

He wakes up early and stays up late. He should probably sleep more, but there’s just so much to do. He loves good design. A lot. He likes meeting new people, especially makers. If you want to meet up, just ask; he’s pretty friendly.

Brandon Weiss loves Chicago but dreams of the coast. At some point he’d like to live somewhere else, at least for a little while. Somewhere with good people, a good startup scene and nice weather that’s close to the beach and to the mountains. Maybe one day he’ll just get on a plane and go. But for now, he’s making the most of Chicago and the people that live there.

MyZeus, a product that tries to make discovering movies as much fun as actually watching them.

Where did the idea for MyZeus come from?

Where I would hope all great ideas come from: personal experience. There are so many great movies out there, it shouldn’t be as hard to find them as it is. So we decided to do something about it.

I really don’t have a typical day, but the pattern that appears most often is I get up at about 9:00 AM or 10:00 AM. I skip breakfast and work for a few hours from home, then scoot down to my gym and work out. If it’s summer and the sun is out, I’ll catch some sun on the deck and maybe do some more work in the shade. Then I scoot back up, run some errands if I have to and grab a late lunch. Then more work, either at a coffee shop or at home. For dinner, I try to meet up with some friends, grab a drink and then head back home to do more work. At about midnight I usually have a second dinner. Then I work until about 3:00 AM, pass out and do it all over again.

I just start building them. I might do some very rough sketching, but generally if I’m excited about an idea, I just create a new app and start mocking it out. When the features are mostly there, I rope in a designer to work on it with me. I try to find people I’ve never worked with before; I really enjoy collaborating with lots of different people with lots of different styles. I haven’t finished anything yet that I thought was good enough to release, but hopefully I’ll be releasing some useful little tools in the near future.

– Products that do less but do what they do really well.

It’s not nice to kiss and tell, but let’s just say I worked at a print design studio for a year building websites and web applications designed by print designers. What I learned is you can’t make people learn what they don’t love.

I wouldn’t go to college. I already had a stellar education from elementary school and high school; I didn’t really need to go, especially considering what I do. But at the time I didn’t know it wasn’t necessary. All everyone talked about was college and how important it was—my advisors, my parents, my girlfriend, my friends—literally the only thing they all had in common was that they believed college was completely necessary. So I went, but it was too late when I realized I knew significantly more than my teachers did. They were teaching what they had learned 10 years ago, but the Internet moves too fast for typical academia. I had been teaching myself the whole time so my education was current. There was absolutely no reason for me to be there, but by the time I realized it, I was more than halfway done. One hundred thousand dollars later, I have a completely useless piece of paper that no one has ever asked to see. So yeah, if I could do it all over, I’d pass on college.

Quit my job. I hemmed and hawed about quitting for far too long—I should have done it ages ago. The last few months since I quit have been the best and most productive of my life. Whatever the obstacles keeping you from quitting are, figure out a way around them as fast as possible. If it’s money, start lining up freelance; if it’s healthcare, check out COBRA; if it’s coworkers you feel obligated to, just don’t. Not everyone is cut out for working for themselves, but you owe it to yourself to at least try.

I went to space camp and it was awesome.

Don’t build other people’s ideas. You’ll never love them as much as you love your own.

There are plenty of amazing non-fiction books to read—especially about entrepreneurship—but I think what tends to slowly fall by the wayside is all the amazing fiction that’s out there. Reading non-fiction inspires me to achieve more, but reading fiction inspires me to be more creative. So to that end, the one book that I think everyone should read is Jitterbug Perfume by Tom Robbins.

If you weren’t working on MyZeus, what would you be doing?

The next idea on my list. Or maybe snowboarding.

You’re probably already following too many people on Twitter. I know I am. Unfollow 3 people right now that have a low signal to noise ratio. Go!

Five minutes ago because of a video. I’m very easily amused.

Loren Brichter, the developer of Tweetie.

If you could impart one bit of wisdom to other people, what would it be?

Life is the killer app. Make the most of it.