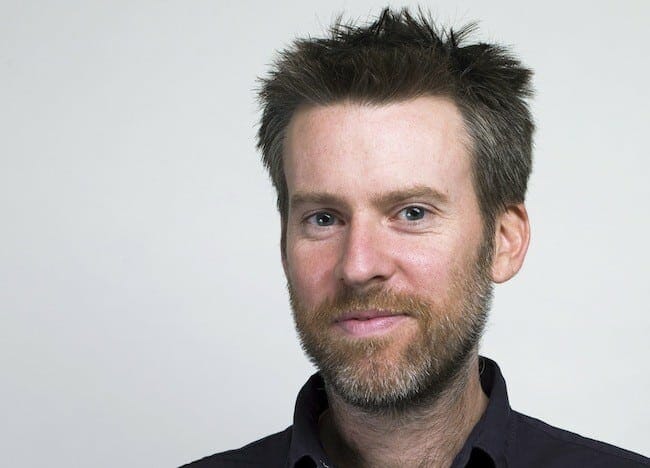 [quote style=”boxed”]If I could do my career over, I’d take more chances. People tend to think their risk profile is different from what it really is.[/quote]

Brian Morrissey is editor in chief at Digiday, a vertical media company focused on the digital media and marketing industries. At Digiday, Brian leads all content development, both in digital publications and over a dozen events per year. He’s spent the past decade covering the development of the Internet advertising industry. Prior to joining Digiday in February, Brian spent six years as digital editor at Adweek, where he led all coverage of the digital industry, including developments in social media, advertising technology and publisher monetization strategies. Brian is a frequent speaker at industry events, presenting both in the U.S. and abroad.

Brian Morrissey is a graduate of Providence College and has masters degrees from the University of Leuven (Belgium) and Columbia University. He also did graduate research at Jagiellonian University in Krakow, Poland.

Where did the idea for Digiday come from?

Nick Friese, our CEO, founded the company three years ago. It began as an events business that branched into content. I came aboard in February with the idea of taking the events business and building a really strong publishing business on top. The main idea is to combine authority in the field with real insight and unflinching honesty.

I get up around 7, usually edit a story or two, write another, and then publish them to the Website and send out an email newsletter. I ride my bike to the office, which I love. My day from there is chaotic, with meetings, phone calls, editing and talking with writers about new ideas.

I rely on others. What I’ve found is that to accomplish much you need to trust in other people and give them the space to do great things.

1. The digital and physical worlds colliding. The Internet was boring when it was so solitary and abstract from real life.

2. Social recommendation systems allowing niche publications and individuals with great ideas to find audiences. The SEO era of discovery hasn’t worked out so hot, in my view.

3. Startups like Kickstarter using digital tools to solve real problems and improve the world, rather than simply to find new ways for people to waste time.

I was a dishwasher for several summers growing up. I would come home smelling so bad that my family complained and I had to keep my sneakers outside. I learned that there will be times when you’re overwhelmed by mountains of dishes and a waitress will scream at you for “more monkey dishes!” During those times — and they happen every evening — it’s best to take a step back, calmly figure out a strategy for getting shit done, and then work deliberately and doggedly until it happens.

If I could do my career over, I’d take more chances. People tend to think their risk profile is different from what it really is.

I’m not sure I count myself as an entrepreneur. The one thing I do that I recommend to everyone who is building a company or doing something hard is to repeat a mantra an ultrarunner would use during a crazy 150-mile race: “It never always gets worse.”

My parents dressed me as Little Bo Peep for Halloween when I was about five. My friend Jeff was a football player. I don’t think it had a lasting effect. Well, maybe.

I’ve always thought there would be a surprisingly large market for celebrity pinatas. More people should have pinatas at their parties.

“What I Talk About When I Talk About Running” by Haruki Murakami. Distance running is a perfect metaphor for life. Murakami talks about how perfecting running is a lot like writing. It takes a certain amount of natural talent, but the real difference is focus on the activity (training) and endurance (keeping at it).

If you weren’t working on Digiday, what would you be doing?

I’d figure out a project that encourages people to be more physically active. I don’t know what it would be, though.

@digiday because I really believe in what we’re doing.
@andjelicaaa because she’s my girlfriend and smart as hell.
@someecards because everyone needs some more laughs during the day.

I laughed out loud this morning. My colleague Mike Shields made me laugh during our editorial meeting. I don’t remember specifically why, but I think humor is an important part of making the workplace enjoyable.

When will you know Digiday has succeeded?

I’ll know when I think we’re the best covering digital media and marketing. We don’t necessarily have to be the biggest. In fact, I think the two could be mutually exclusive.

I want to compete in and complete the Comrades Marathon in South Africa. It’s a 90-km running race through the Transvaal that features several frightening hills.

Follow me on Twitter at @bmorrissey. Also please check out our publication, www.digiday.com, and let me know how you think we can improve.